Audio is still at least half the broadcast-sports experience and, when the home team scores, is close to all of it. However, as an education vertical, sound on television gets short shrift, generally rolled into larger broadcast-production curricula at all but the most specialized technical schools. A few for-profit media academies, however, remain a bright spot for sports sound. And the ascendancy of esports in particular has accelerated interest and education around the topic.

Esports’ requirement for many of the standard accouterments of sports on television — intercoms, camera-mounted shotgun microphones, lots of wireless audio for commentary and color — along with a near-cinematic level of sound effects, has raised broadcast audio’s profile at a school founded more than three decades ago on music production and sound. 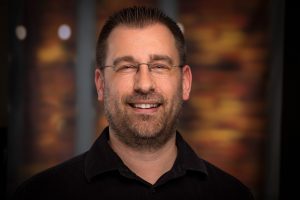 Esports is becoming a kind of grout between new and traditional sports technologies at the school. For instance, the soundstage classrooms for Full Sail’s two-year-old Dan Patrick School of Sportscasting degree program are adjacent to The Fortress and are used as commentator studios for match streamcasts. In addition, esports is putting a new emphasis on learning the use of such systems as the Telex intercoms deployed throughout the school. The space also provides opportunities to include venue sound in the school’s show-production curricula.

Another spur to sports-media training at Full Sail is the WWE’s NXT. The show had been prerecorded monthly at the Full Sail Live event venue for airing on the USA Network, but, last October, it went both weekly and live from the venue, providing students, who handle many of the show’s technical tasks, with a regular live and (mostly) traditional broadcast-sports experience.

According to Casey Tanous, director, public relations, Full Sail, the diversity of audio-education options has created demand for the school’s graduates among broadcast-sports vendors. Regular placements for both interns and employees include ESPN, Game Creek and NEP.

“And the graduates of the Dan Patrick program receive sportscasting degrees, not journalism degrees or broadcast degrees, which are what state colleges tend to focus on,” she points out. “It’s very specific. It’s what makes Full Sail unique.”

CRAS Emphasizes Live
|
t also makes the school one of just a handful of academies that put a specific emphasis on broadcast sound for sports. The Conservatory of Recording Arts & Sciences (CRAS) in the Phoenix area has also incorporated a significant broadcast-audio component into its 11-month certificate semester program. The school has placed graduates with ESPN, Fox Sports, MLB Network, and sports organizations and has seen particular successes at remote-broadcast companies Game Creek and All Mobile Video.

The school has its own 42-ft. expando production trailer, which has been transported to NASCAR races and Arizona Diamondbacks games and connected to the network mobile units onsite to give students a feel for live sports production.

The broadcast-audio program, developed with input from longtime Fox Sports consultant Fred Aldous, is a source of pride for the school, but CRAS Director, Education, Robert Brock is still somewhat disappointed that the larger broadcast industry doesn’t look more to institutions like his to replace its aging A1/A2 workforce.

“It’s not clear to us how they’re going to do that,” he says. “What seems to be happening more often is that students graduate and go into areas of the industry that attracted them in the first place, such as music production or live sound. But some of them will move to broadcast sports at a later point in their careers, because they will have been exposed to that during their time at CRAS.”

Streaming Is a Game-Changer
Chris Davie, principal, Sonority Group
, an educational marketing consultancy, is the former head of operations for SAE USA, the U.S. operation of the international School of Audio Education. In the past, he saw sports’ connection to television as a barrier to the youngest-generation entry-level candidates. “Students want to learn to make beats on a laptop, not run cables on the sidelines of an NFL game,” he told SVG two years ago. “Television is meaningless to them.”

Streaming and sports’ embrace of that medium, however, are changing that. “Streaming makes sports accessible to students in a way it wasn’t before,” he believes. At the same time, he adds, streaming is completing a blurring of the lines between audio and video that began when media moved into the digital domain. “Now we’re seeing the networks expecting their new hires to have exposure to multip