TV 2 Norway has acquired the Norwegian media rights for the ESL Pro Tour, the Counter-Strike: Global Offensive (CS:GO) circuit, linking more than 20 tournaments and leagues. The ESL Pro Tour will feature an aggregate prize pool of more than $5 million for 2020 from competitions across five continents — making it one of the largest and most lucrative competition circuits in Counter-Strike’s 20-year history. 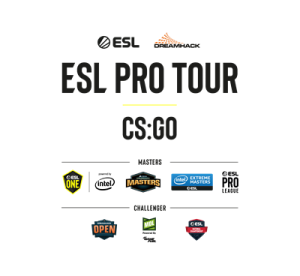 “We are excited to enter into a collaboration with ESL and DreamHack, two of the most important brands in the global esports universe. TV 2 has more than 25 years of experience as humble custodians of the Norwegian peoples’ passion for sports, and we aim to do the same for esports,” said TV 2 Sports Editor in Chief Vegard Jansen Hagen.

TV 2 Norway’s new CS:GO season broadcasts will start in March 2020, broadcasting the top CS:GO matches in the world from DreamHack and ESL’s ESL Pro Tour — including the ESL Pro League and major tournaments. The broadcasts will culminate with the broadcast of the March 2021 Masters Tournament.

“We’re very pleased to announce this partnership with TV 2 Norway — their extensive knowledge and experience from broadcasting combined with the great content of DreamHack and ESL’s CS:GO circuit, the ESL Pro Tour, means the Norwegian fans will have an exciting year to look forward to,” said DreamHack co-CEO Marcus Lindmark.

The ESL Pro Tour will combine multiple, previously unconnected ESL and DreamHack tournaments into one circuit that builds toward two grand championships each year. The collaboration aims to create a more complete path from “zero to hero” for aspiring players, a more compelling story to follow for existing CS:GO fans, and a more transparent structure for new esports fans.

“TV 2 has decades of experience in shaping the presentation of sports in the most engaging way for the Norwegian population. It’s crucial for esports to keep expanding into the mainstream — with TV 2 we have found a powerful and progressive partner who can help shape our products for the Norwegian audience and provide strong nationwide exposure,” added Thomas Schmidt, Chief Commercial Officer at ESL.

Top Global Games to TV 2 Norway
TV 2 Norway will bring the best CS:GO in the world to its viewers on national television and their own streaming platform through these broadcasting rights from DreamHack and ESL for its ESL Pro Tour (CS:GO tournament circuit) — including the ESL Pro League and CS:GO tournaments such as ESL One and DreamHack Masters. ESL Pro League is a global league of 24 teams arranged twice a year. The new season will begin later this month, with games played March 16-April 12, 2020, with a prize pool of $750,000.

ESL runs global esports tournaments of more than 30 games while producing thousands of hours of esports content from its tournaments and studios worldwide. DreamHack, the premier gaming lifestyle festival, operates a plethora of tournament circuits in a large number of games, with 12 festivals spread over three continents during 2020.