After canceling homestand events for March and April, the Overwatch League are now releasing a revised schedule for both months of online matches — all of which will be live and on demand on our YouTube channel. 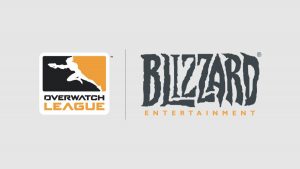 The schedule was constructed to eliminate the need for travel while maintaining a level playing field for the teams, so all matches are taking place based in the regions where teams are currently residing. For example, all four teams playing in this weekend’s matches — the Los Angeles Gladiators, Los Angeles Valiant, San Francisco Shock, and Seoul Dynasty — are located on the West Coast of the United States.

All teams will compete in three regions to minimize latency issues for online competition. The Vancouver Titans and Dallas Fuel will play against the other four West Coast teams above. The four teams in China — the Chengdu Hunters, Guangzhou Charge, Hangzhou Spark, and Shanghai Dragons — will play each other. And the Atlantic Conference teams — Atlanta Reign, Boston Uprising, Florida Mayhem, Houston Outlaws, London Spitfire, Philadelphia Fusion, New York Excelsior, Paris Eternal, Toronto Defiant, and Washington Justice — will compete with all of them located in the United States on the East Coast and in Texas.

The original 2020 schedule was balanced so that teams would play twice against teams in their own conference (18 of 28 matches) and once against the other conference (10 of 28 matches). With teams playing by regional location, the schedule can no longer adhere to that breakdown. Some teams will play more than two matches against other teams, and some teams won’t play each other. The league is currently evaluating changes to the structure of the 2020 playoffs—including format and qualification—to account for this change.

The league plans to return to team-hosted homestand competitions in front of live audiences as soon as it is safe and logistically possible.

All March and April matches will be played using the updated Hero Pool selection process and will use the following map set: 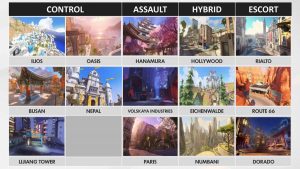