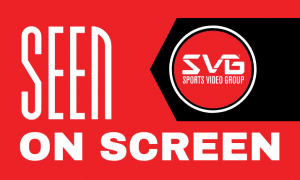 NBC Sports presents the INDYCAR iRacing Challenge, a live, virtual racing event featuring a field of NTT INDYCAR SERIES drivers, this Saturday with the Honda Indy Grand Prix of Alabama at the virtual Barber Motorsports Park live at 2:30 p.m. ET on NBCSN. The event will mark the inaugural INDYCAR iRacing event to appear on NBCSN.

…Dale Earnhardt Jr., Kyle Busch, and Denny Hamlin headline a group of 18 drivers that will compete at virtual versions of iconic and short tracks across America next week on NBCSN, as NASCAR America presents the NBC eSports Short Track iRacing Challengebeginning Monday, April 6, at 7 p.m. ET.

From Monday-Wednesday, six different drivers will compete in two timed races in Cup Series cars at an iconic track at 7 p.m. ET on NBCSN. The top two finishers from each night will advance to the championship race at the virtual Martinsville Speedway on Thursday night on NBCSN.

The following drivers will compete in the NBC eSports Short Track iRacing Challenge:

…After a three-week hiatus, Marty & McGee will return to its weekly Saturday morning schedule on SEC Network with an audio-only format, beginning Saturday, April 4, at 7 a.m. ET. The show, which will now extend to three hours from 7-10 a.m., continued in the interim with its weekly ESPN Radio presence, and now becomes the second SEC Network programming offering to return to live TV with a new format.

SEC Network’s televised format of the show will feature a slate, showcasing the live audio from the ESPN Radio broadcast of the show. This format is also being utilized for The Paul Finebaum Show, which returned to TV this week.

SEC Network has also introduced a robust lineup of social and digital programming for SEC fans who are looking for current conversation surrounding the world of sports, including SEC For Now, No Offseason with Laura Rutledge, and SEC Game Night. Daily content is premiering on SEC Network’s Twitter and Facebook accounts, as well as SECNetwork.com…

…NESN is leveraging social media for their broadcast presentations of archival content. For encore showings of past playoff runs from both the Boston Bruins and Boston Red Sox, the regional sports network will be hosting Twitter Takeovers, where tweets will be shown in the lower third of viewers’ television screens. For example, former Bruins player Chris Kelly will be with NESN on Saturday to answer fan questions during a showing of Game 4 of the 2011 Eastern Conference Semifinals, a game that clinched the series against the Philadelphia Flyers…

…CBS Sports will feature the final rounds of the 2004 and 2019 Masters Tournaments on Saturday, April 11 and Sunday, April 12. These two classic tournaments featured historic victories from two of golf’s biggest names, Phil Mickelson and Tiger Woods.

CBS Sports’ broadcast coverage will also be available to stream live on the CBS All Access subscription service, with additional content throughout the week and weekend on the CBS Sports HQ streaming sports news network, CBSSports.com, and The First Cut podcast, as well as on CBS Sports social handles.

Masters.com and @TheMasters social media will feature complementary archival and never-before-seen content from the iconic final rounds. Fans are encouraged to follow along and share their viewing experience using #MastersRewind.

The schedule will be

…The Masters content continues on ESPN, where the network will salute the Masters Tournament with encore presentations of the final rounds of two of Tiger Woods’ five wins, Jack Nicklaus’ stunning victory in 1986 and other classic editions of the iconic event at Augusta National Golf Club over three days beginning Wednesday, April 8.

In 1986, Nicklaus shocked the golf world with his come-from-behind win, scoring his record-setting sixth Masters title as well as his 18th and final major championship. The final round airs Wednesday, April 8, at 3 p.m. On that same day, ESPN will open the salute at 1 p.m. with highlights from the 2018 Masters Par 3 Contest, an event highlighted by Nicklaus’ grandson (and caddie) G.T. Nicklaus scoring a hole-in-one as his proud grandfather watched. The Par 3 Contest re-airs at 8 p.m. on ESPN2.

Also featured will be the final round from 2012, when Bubba Watson won the first of his two Masters green jackets, airing on Thursday at 2 p.m. Watson beat Louis Oosthuizen in a playoff with an incredible shot off the pine straw on the 10th to set up his winning putt.

The final round of the 2013 Masters, won by Adam Scott over Angel Cabrera in a playoff, airs Friday at 12:15 p.m. It remains the popular Australian’s only Masters win.

…GOLF Channel will get in on the Masters content as well, featuring an immersive programming experience to celebrate one of sports’ most special weeks and the indelible moments that have transpired through the years at Augusta National Golf Club. Kicking off this weekend with encore airings of the 2019 Augusta National Women’s Amateur (Saturday, 1 p.m. ET, NBC) and 2019 Drive, Chip and Putt National Finals (Sunday, 8 a.m. ET, GOLF Channel), coverage will continue all next week on GOLF Channel, chronicling the timeless narratives that cemented the careers of revered Masters champions.

Celebrating The Masters Airing Throughout The Week

Premiering at 8 p.m. ET on both Monday and Tuesday, Celebrating The Mastersreflects on what makes The Masters so special through a collection of past critically-acclaimed GOLF Films Shorts produced for Golf Central Live From The Masters. Additionally, Celebrating The Masters will complement the encore final round Masters telecasts airing on ESPN and CBS from Wednesday through Saturday with corresponding Masters champion-winning press conferences.

Augusta National Women’s Amateur, Drive, Chip and Putt National Finals This Weekend
Airing Saturday at 1 p.m. ET on NBC will be the encore broadcast of last year’s inaugural Augusta National Women’s Amateur. A monumental day in golf and the overall sports landscape, Jennifer Kupcho captured the first edition of the event while battling Maria Fassi in the final pairing. GOLF Channel also will air the final day Saturday at 9 p.m. ET and again on Monday at 11 a.m. ET.

…To celebrate the NCAA Division I Women’s Final Four, ESPN will air a total of nine matchups from years past on ESPN and ESPNU on Friday, April 3, and Sunday, April 5. On Friday—when this year’s Women’s Final Four was set to begin—seven previous semifinal matches will air on ESPNU beginning at 10 a.m. ET. The slate culminates on Sunday with the 2006 and 2018 championships airing in primetime on ESPN. Maryland’s victory over Duke in overtime will air at 7 p.m., followed by the Notre Dame’s buzzer-beater to take down Mississippi State at 9 p.m.

Semifinals on the schedule include:

…Beginning April 6, NBC Sports will present Racing Week in America on NBCSN, providing racing fans with a chance to relive the most thrilling motorsports moments from the past two decades on NBC and NBCSN.

Featuring races from NASCAR, INDYCAR, IMSA, Supercross and other series, Racing Week in America will have a specific theme for each day, starting with “Mayhem Monday” on April 6. NBC Sports will air 12 hours of motorsports coverage (1 p.m.-3 a.m. ET) Monday-Thursday and seven hours (8 p.m.-3 a.m. ET) on Friday-Saturday. Sunday’s coverage airs 2-4 p.m. ET and 10:30 p.m.-3 a.m. ET. Below is each day’s highlighted content throughout the week:

Programming will also stream on NBCSports.com and the NBC Sports app…

…ESPN’sWednesday night Best of the NBA presented by State Farm series debuts tonight at 7 p.m. ET with a historic NBA doubleheader. The night begins with Game 5 of the 2016 NBA Finals, where the Cleveland Cavaliers, led by LeBron James and Kyrie Irving, defeated the defending NBA Champion Golden State Warriors, starring Steph Curry and Klay Thompson, forcing another game in the series. In Game 5, James and Irving became the first teammates in NBA Finals history to each score over 40 points. At 9:30 p.m., ESPN will re-air Game 7 of the 2016 NBA Finals, where the Cavaliers defeated the Warriors for the third straight game, bringing Cleveland its first NBA title and becoming the first team to overcome a 3-1 series deficit in the Finals.

Prior to the games, NBA Champion and analyst Richard Jefferson, who was a member of the 2015-16 Cavaliers team, will reflect on Games 5 and 7 with digital commentator Omar Raja beginning at 6:30 p.m. on ESPN’s Twitter…

The schedule will be: