First Baptist Church of Jackson in downtown Jackson, MS, began broadcasting its Sunday services on a local TV station in the 1950s, but had not significantly upgraded its production facilities since the 1980s. Last summer, the church made the jump to HD production and anchored its redesigned control room with a HVS‑490 production switcher and MFR-3000 routing switcher from FOR-A Corporation of America. 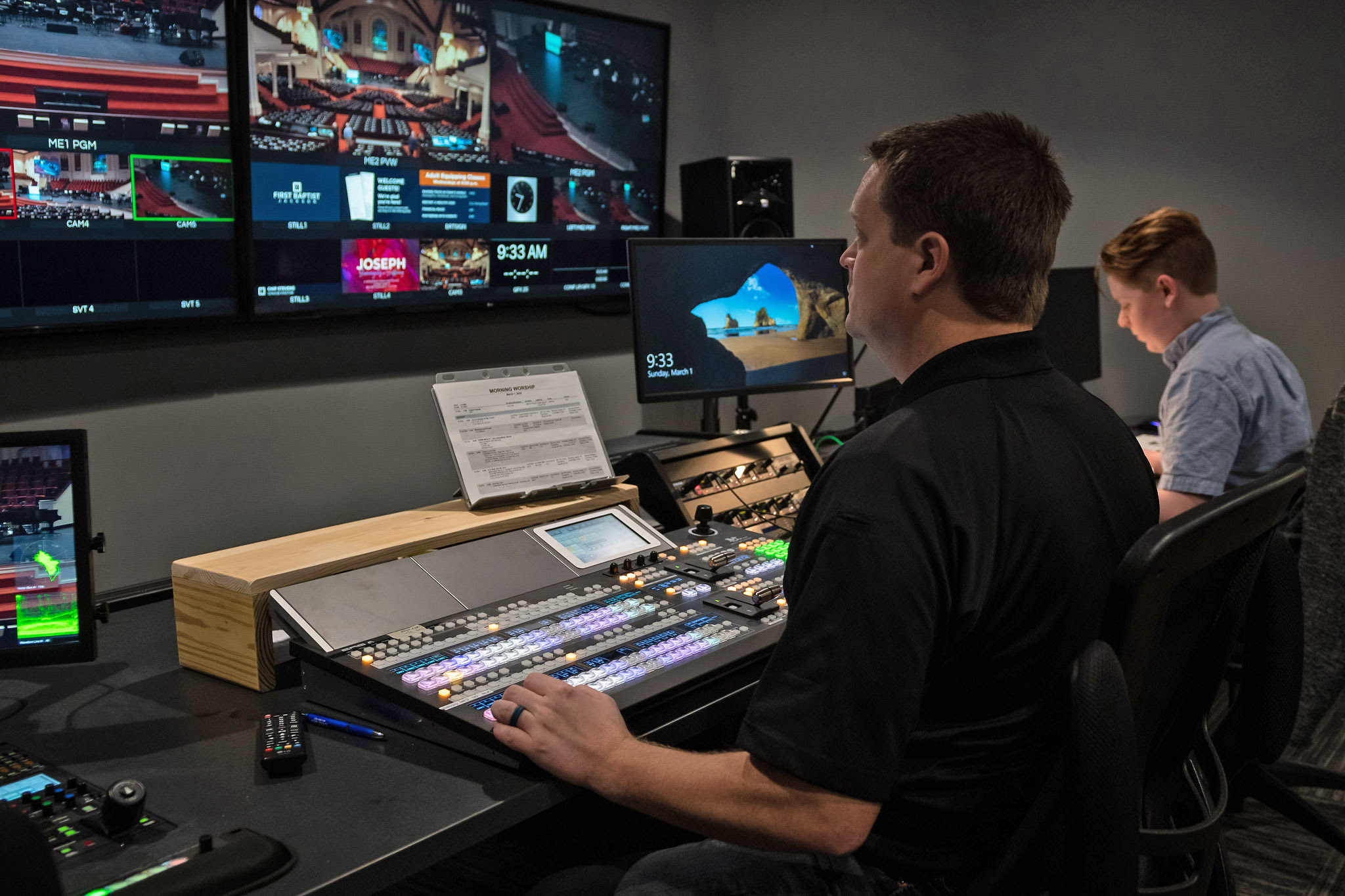 Today, First Baptist Jackson streams live 1080p video to Facebook Live, YouTube, and its own website, with local 720p replays the following Sunday on WDBD (FOX) and WLOO (MyNetworkTV) in Jackson (DMA #92). “We’ve always tried to use technology to reach others for Christ,” says Michael Bowen, minister of media and communications. “If we wanted to effectively use video for ministry, we were going to have to get current.”

According to David Roche, co-owner of Strata, the Atlanta-based system integrator for the project, the HVS-490 replaced an aging Echolab SD switcher. Installed over two weeks last summer, the HD upgrade also included new manned and PTZ cameras as well as 21-foot Vanguard LED displays in the church, plus all new furniture in the redesigned control room and equipment room.

Any new switcher had to be “super volunteer-friendly,” Bowen says, because the church relies on more than 50 volunteers (as well as paid staff) to run its weekly production and other projects. The new HD system went live in late August, and he said it has created renewed excitement in their volunteers.

The HVS-490 has provided good value and ease of use for First Baptist Jackson. “We wanted to find something that was professional and gave us the most value for our dollar,” Bowen says. “It’s also given us a high-quality product we feel meets the standard of excellence we’re trying to achieve. We’ve been really happy with it. It’s been a good experience for everyone.”

“Price point was certainly a factor,” Roche adds. “We’re big fans of FOR-A. What you’re really buying is features and service. The value for the dollar on their equipment is outstanding.” 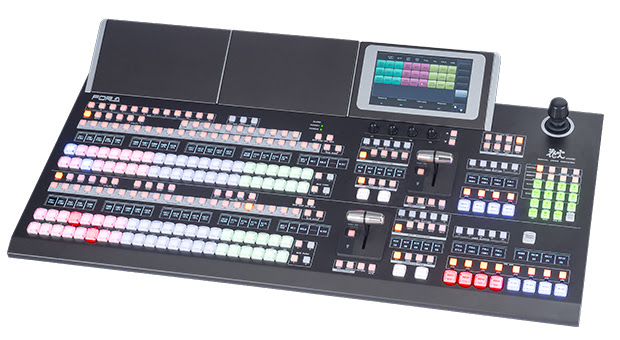 The HVS-490 is ideal for live event venues. Event memory and macro functions make it easy to setup the switcher quickly for live performances. With integrated frame synchronizers and multi-viewers, the HVS-490 reduces the amount of equipment required. Using multiple control panels, the system enables several operators to work on separate tasks. With use of optional input and output expansion cards, the HVS-490 supports 40 inputs/18 outputs, 36 inputs/20 outputs, or 32 inputs/22 outputs, including two-channel HDMI outputs. MELite technology eliminates the need for multiple switchers in a multi-monitor staging scenario, while FLEXaKEY allows a traditional AUX bus to transform into a functional Mix Effects with cuts, mix, wipes, keys, and DVE including full preview. MELite extends the switcher’s 2 M/Es to 6 M/E performance.

“We definitely got a positive reaction from TV viewers,” Bowen recalls. “It’s nice to be able to offer a product that competes with the other programming they are used to seeing.”

Beyond multiple live streaming and recording feeds, the HVS-490 provides outputs for the I‑MAG (image magnification) LED boards at the front of the church and digital signage in the atrium. Plus, the AUX bus feeds confidence monitors for the choir, which is located behind the altar. “For their needs, it was the perfect fit,” Roche says. “They needed 2 M/E and they needed an AUX bus.”

Sunday service coverage uses five cameras, plus graphics from ProPresenter and another CG system. The technical director uses the touchscreen on the control panel to roll standalone videos during services. Bowen praises the HVS‑490’s web interface, which simplifies adjustments. “You can practically run an event from the web interface if you need to,” he says. “That gives us a ton of flexibility.”

The lighting director, who is located in the middle of the church across from the front-of-house sound engineer, has an HVS-AUX16C AUX remote control panel with OLED display to review the live program feed or other sources as needed. The shader has a dedicated HVS-AUX16C in the control room as well, so shots can be adjusted for color and brightness before they are taken live. Bowen says the MFR-3000 routing switcher has also provided flexibility and improved multiple workflows throughout the facility during services.