NBA action on the court may be on hold, but the production team at NBA TV, co-managed by Turner Sports and the NBA, has been hard at work embracing new workflows and new ways of storytelling to meet the needs of NBA fans hungry for content. 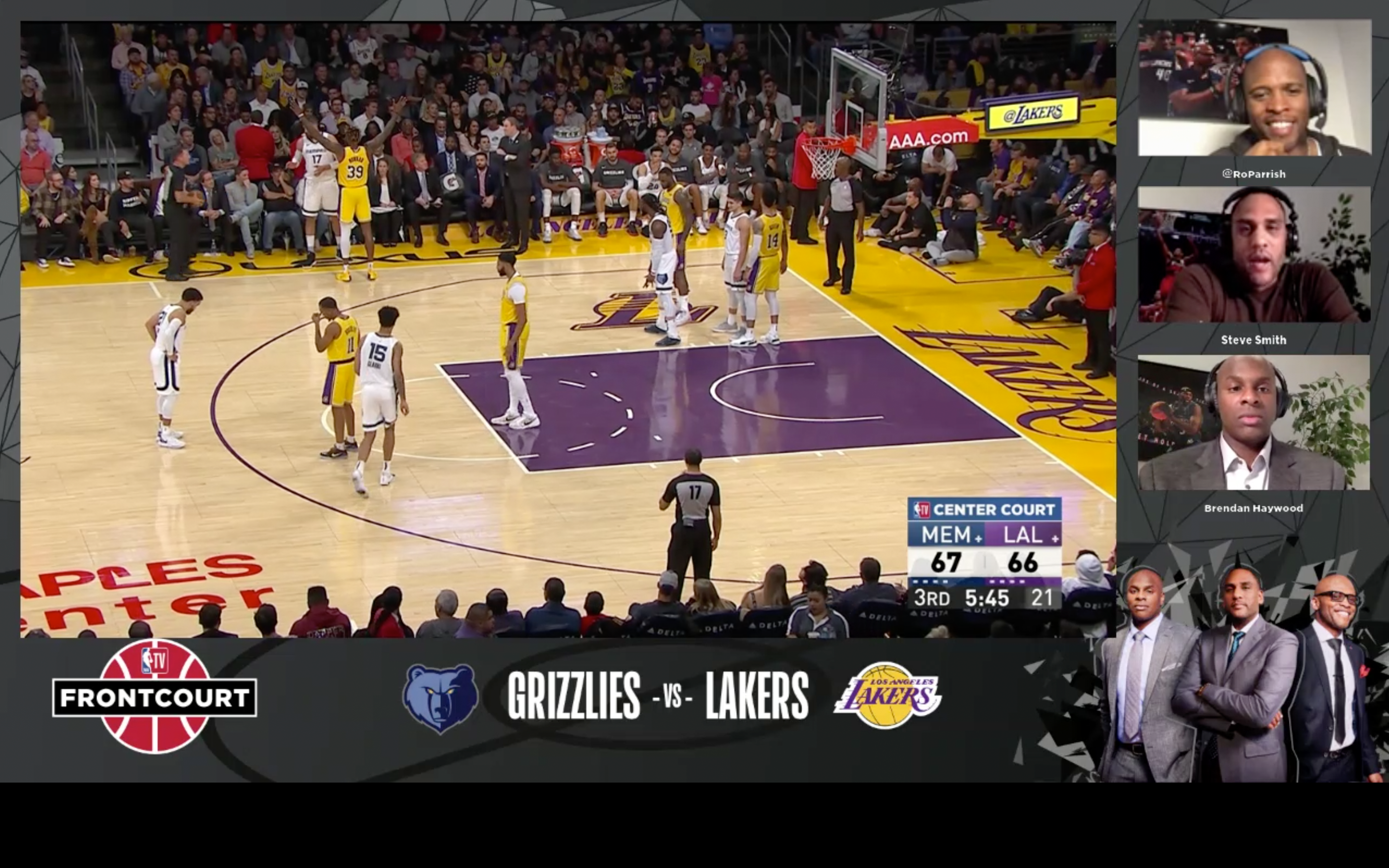 NBA TV is keeping hoops fans engaged, with tools like Kiswe aiding in the production process.

The content ranges from NBA GameTime each evening to podcasts to roundtable discussion show Open Court and even to classic games complete with commentary by those involved, giving a whole new perspective to the viewer’s understanding of the game.

Helping in the process is that OTT delivery of the Game of the Week meant that many people on the team were already familiar with the process and tools like Kiswe, which is at the center of the efforts.

“That lessened the learning curve because a good number of people had touched it, and now virtually all NBA TV people are using it,” says Chris Brown, VP, operations and technology, Turner Sports.

He notes that transitioning content that was delivered via OTT to linear delivery required some evaluation to make sure that it could be done with broadcast quality: “When we were looking at using it over the linear channel, the first thing we did was look at the output specs. What does a test show look like with all the different and varying levels of compression? The delivery method for OTT and linear can be very different.”

The network-operations team first ran the content through its normal process: encoding and decoding it multiple times before handing it over to master control.

“Master control spent about a half day making sure the engineering team could give it the stamp of approval and that it was within spec for delivery via linear channels,” says Brown.

The production team was also looking to get into gear quickly, and that is why it turned to Kiswe, a cloud-based production tool used by Bleacher Report for its productions.

“Kiswe is the production glue that gets the talent together and allows them to interact and also allows the producer to have IFB so they can talk to the talent,” Brown explains. “It allows us to take multiple incoming streams and allow people in them to interact with relatively low latency. And, in cases like our historical games, where former and current players watch together remotely, being able to have them comment and react in real time is the key to making it compelling.”

Once the segments are recorded, the editors and producers pull them down from the cloud and edit, finish, and send them to a server in Atlanta. From there, content is sent to master control for playout to air.

“From a talent perspective, we’ve had a couple that have had internet bandwidth drops,” Brown notes, “but applications like Kiswe and Zoom are link-driven, so we don’t need to worry about them getting connected to the production. And our B/R team has step-by-step guides for them.”

Because NBA TV programming has its highest relevancy when games are going on, the programming and production dynamics these days are very different and more challenging.

“Technology allows us to do things that resonate with the fans, and that is something we otherwise would not have been able to do,” adds Brown. “As long as the content is compelling, the quality doesn’t matter as much. And, in the future, we might be able to get Lebron James without having to send a satellite truck to his house.”

It has been a group effort, with the NBA securing a lot of the talent and guests who are making a difference and the Turner Sports team stringing together the technology.

“At the end of the day,” says Brown, “you need a knowledge base around it so you can execute.”