Real Sports With Bryant Gumbel returns to HBO on Tuesday (10 p.m. ET) with a brand-new episode, but, like many shows of its ilk, it’s doing so with a new remote-production workflow.

Adhering to social-distancing guidelines, the newsmagazine is being shot, edited, and delivered completely from the homes of the show’s talent and crew. 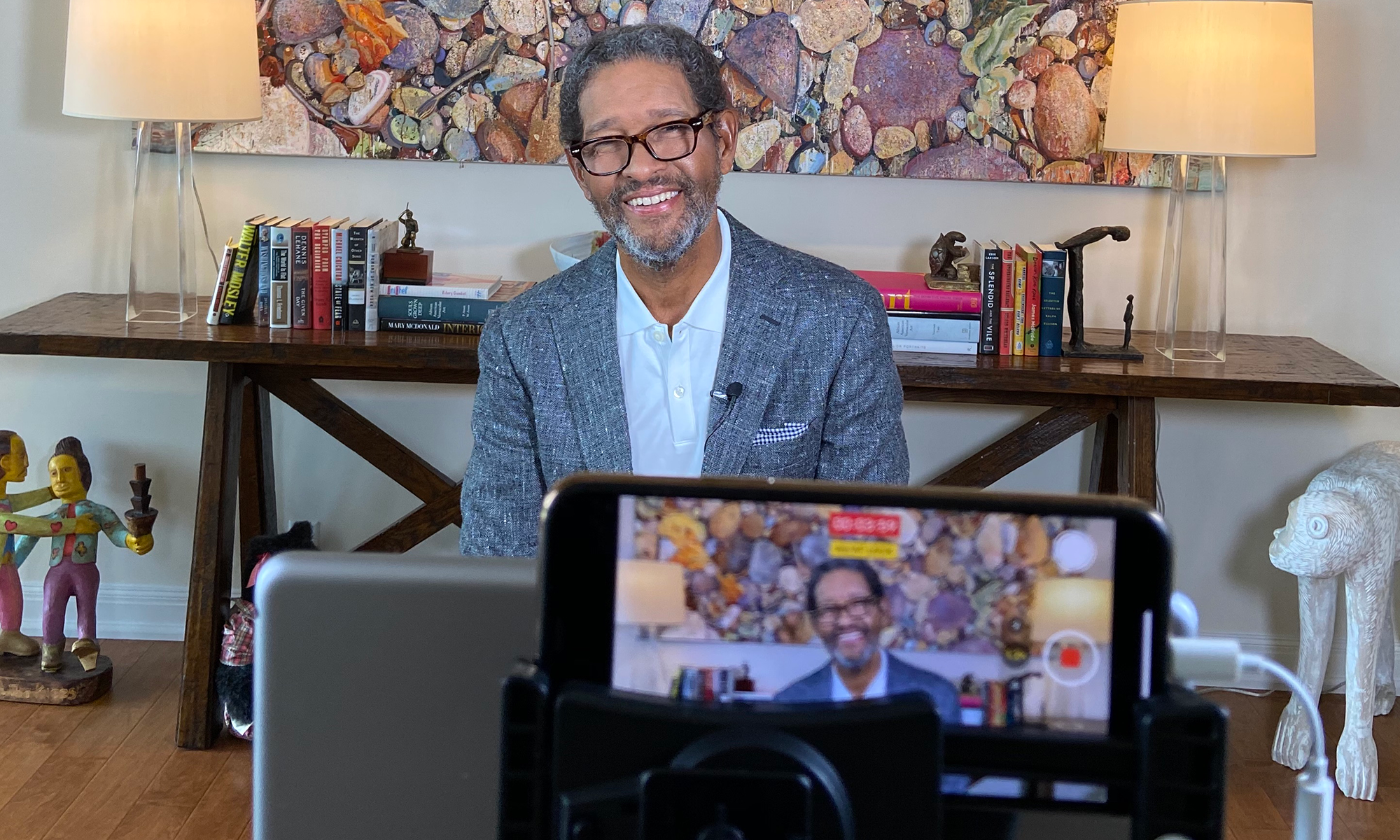 A new episode of Real Sports With Bryant Gumbel airs Tuesday night on HBO. The show was produced meeting social-distancing guidelines with on-air talent — like Gumbel — shooting their segments from their respective homes.

“[It was] a challenge unlike any other, for sure,” says HBO Coordinating Producer Tim Walker. “But you adapt or die, no other choice. It was a fun to figure out the different pieces of the puzzle with the entire team. [It was] a real group effort.”

To produce the show, the operations team sent Gumbel and the two correspondents contributing to the episode (David Scott and Jon Frankel) small kits that include iPhone 11s to shoot with and quality light fixtures, stands, and microphones to add a desired level of professionalism to the final product.

Walker and other members of the crew spent time on video chat with the talent to coach them through setting up the gear. In many cases, Walker says, family members quickly learned how to become DPs, audio techs, field producers, and prompter operators.

[It was] an exercise in patience for everyone, I’m sure,” he laughs, “but everyone truly stepped up to the plate big time. They were the ones doing all of the work, and they did a remarkable job.”

Walker notes that the core challenge was ensuring a well-lit scene in each home. Mostly, that came down to picking the best spot that offered a balance of neutral backdrop and acceptable sound conditions. 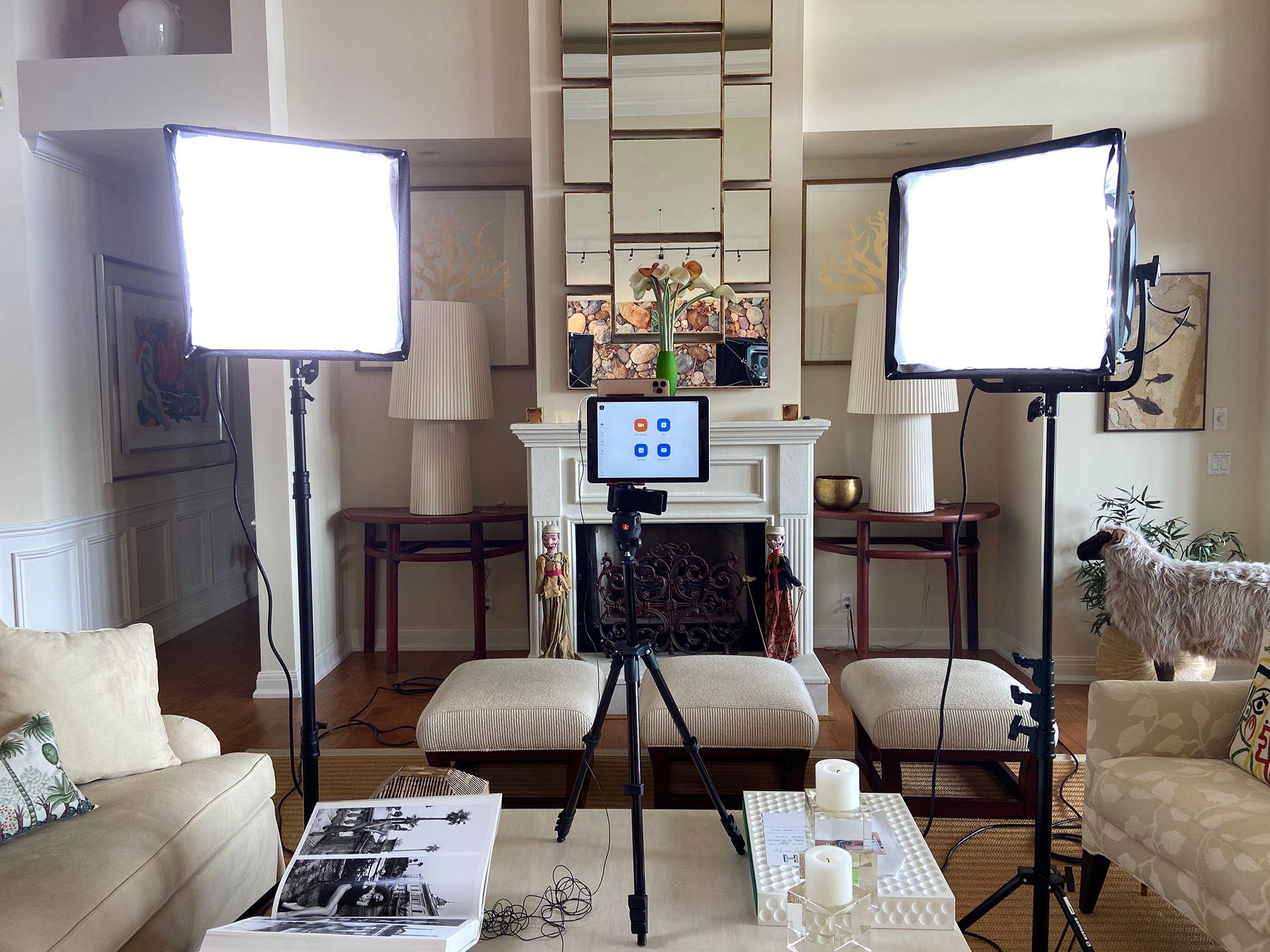 The crew of Real Sports With Bryant Gumbel shipped its on-air talent small kits comprising an iPhone 11 for a camera, professional lighting, and audio equipment.

“The biggest hurdle,” he explains, “is probably not being able to control everything we normally do on a shoot: the location, the lighting, the precise framing, the audio. Also, having to rely on others to actually execute it all on the ground. People who’ve mostly never even touched a light stand or camera before are expected to become pros overnight.”

Once all the segments were filmed, video files were transferred to HBO’s studios in New York City, where they were ingested and delivered to editors working from home.

The format is not unfamiliar to those at HBO and Warner Media: Real Time With Bill Maher and Last Week Tonight With John Oliver, for example, have already produced multiple episodes of their series with their entire staffs shooting and editing remotely. Walker notes that, although each program has its own unique needs, he and his staff are regularly in contact with the shows’ behind-the-scenes folks to talk through shared obstacles.

“HBO, Warner Media, and all the various people who support the show have also been terrific in these times with whatever we need to get the job done,” says Walker.

Real Sports With Bryant Gumbel is executive-produced by Peter Nelson and Joe Perskie.