YES Network broadcasts of “Yankee Classics” have become a mainstay for Yankee fans. So, with the 2020 MLB season currently on hold the challenge from YES Network President of Production and Programming John “Flip” Filippelli to the team was to challenge itself to create new content and the viewing experience of the Classic games was front and center. 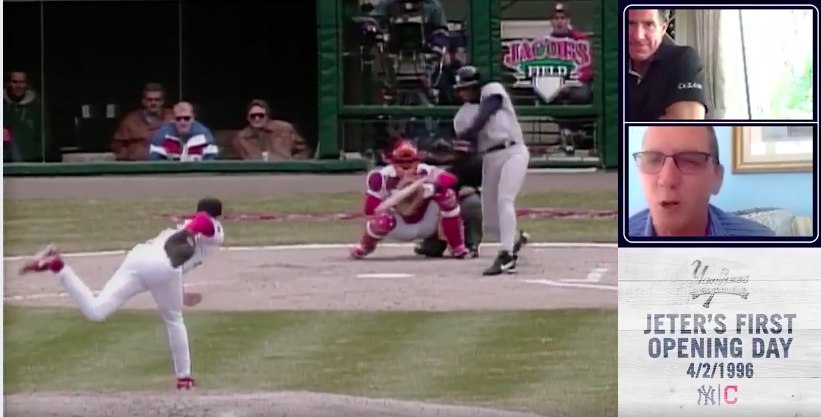 Jared Boshnack, YES Network coordinating producer, says the goal was to create a “ride along” experience so that viewers could hear YES Network talent, including ex-players like David Cone and Paul O’Neill, offer insights into games they were actually part of.

What began as live tweets has grown thanks to multiphase ambitions that involved new workflows, new technologies, and new ideas.

“Phase one was figuring out how to interact with the content right away via a secondary device and social media,” says Boshnack. The first game was the July 1, 2014 Yankee victory over the Boston Red Sox and announcers John Flaherty (who had the game winning hit), Michael Kay, and O’Neill offered live comments via tweet. Six additional games followed during the first week of April, helping drive viewers back to the linear channel.

The production team wanted to do more, and the decision was made to take two of the Classic games that were accessible on the network’s video servers and then, separately, record conversations between O’Neill and sports reporter Jack Curry.

“They used Zoom to talk about the game and we gave them the context for the game situation we wanted them to discuss, cut off sound bites, and then rolled those in during the commercial breaks,” says Boshnack. “It was the best way to integrate them.”

Those two phases lead us to phase three which took place this past Sunday evening: O’Neill and Cone’s commentary being integrated into the broadcast of Yankee great Derek Jeter’s first game on Opening Day in Cleveland in 1996