Extended periods of disuse can mean problems for electronic equipment

Although everyone wants sports to return, the wait may be longer than hoped: some estimates suggest that only the NFL might have a shot at a complete season this year. One of the less conspicuous collateral concerns is how venue sound systems might fare sitting unused all that time.

Typical off-seasons may be nearly six months long, but, during those periods, venues continue to host events ranging from concerts to political rallies to graduation ceremonies. In the age of the coronavirus, however, some audio systems in MLB stadiums, for example, may not be used at all for most or all of 2020. Given the huge six-figure costs of some of the largest sound systems, some TLC for them is necessary.

The current no-sports environment resembles an off-season period, he says. Powered components should be powered down and covered to protect against moisture and other (rodents, for example) intrusion. If the system does need to be powered up during this period, heat-generating components such as amplifier racks should be uncovered to allow proper ventilation.

Powering up a system after a lengthy period of disuse should be done incrementally. Systems of this scale generally have some type of AC-power sequencing integrated into them and programmed to turn on various components — amplifiers, consoles, DSP processors — in a specific order and fed through properly rated relays. Existing sound systems should be ready to be used virtually immediately; newly installed systems will likely require a burn-in period of 24-48 hours prior to use. (JBL systems are reportedly being installed at the Los Angeles Rams’ new SoFi Stadium and at the Raiders’ new Allegiant Stadium in Las Vegas, both scheduled to open later this year.) 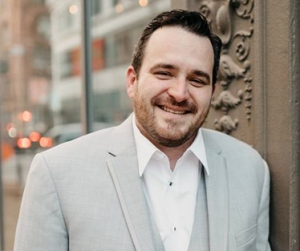 Like computers, PA systems can be left on for lengthy periods without being used. That will produce an energy “vampire” penalty in the form of the cost of electricity to illuminate dozens or more pilot lights for months at a time, and running systems need to remain uncovered to allow ventilation. On the other hand, system availability is immediate, which might be useful if a league or team suddenly allows play or other venue use.

“Put signal through the speakers and send some people out with two-way radios and check every endpoint in the system, looking and listening for anomalies, such as debris or distortion,” he recommends. “This can be a long process, perhaps four to six weeks for a big system, but it’ll save time and money later if there is a problem that could, for instance, send spurious signals, such as a loud square wave, into a speaker.”

“Though many Encore and HelixNet partyline systems are usually powered on 24/7, it may be wise to consider powering these systems down,” explains Justin Emge, applications engineering manager, Clear-Com. “[Without] personnel in terminals and control rooms to monitor equipment, powering the systems off could protect against possible electrical surges or shorts. This also holds true for any beltpacks or headsets that are usually out in the elements or in a room where the climate control has been turned off.”

He further recommends powering down all Eclipse V-Series panels, after backing up the most recent map of the frame, to reduce the risk of burning in an image on the OLED displays. Keeping the systems components in a temperature- and humidity-controlled environment during disuse is also important.

“Our E1 and IP transceivers have strong IP [a dust- and moisture-intrusion metric] ratings and are manufactured to be exposed to extreme conditions,” Emge says. “However, for extended disuse, we still recommend storing equipment to maximize performance and lifespan of the product. For maintenance of the lithium-ion battery inside each beltpack, it is recommended that you charge or discharge the BAT60 to approximately 50% of capacity before placing it in storage. It is also recommended that the storage environment for the battery maintain a temperature between 41◦F and 68◦F. Though this can be more work, it will ultimately extend the life and performance of your lithium-ion battery once you’re ready to put it back to use.”

Audio consoles are like computers in that they’re designed to be turned on and off regularly, says Ryan Shelton, national sales manager, pro audio products, Group 1 Ltd., which distributes DiGiCo and Calrec consoles. However, he adds, how long mix desks are left powered up will affect the lifespans of the backlit LED and LCD displays.

“Broadcast consoles tend to be left on for very long periods of time, which will weaken their display brightness over time,” he says. “But, by the same token, broadcast consoles have inherently different lifespan expectations, so it’s not as much of an issue.”

What this extended downtime will be useful for is console maintenance, including software and firmware updates but especially for time-consuming and labor-intensive procedures like fader cleaning. That’s a task that is often overlooked as venues have taken on more events, leaving less time for it.

“The large projects, such as stadiums and arenas, is the sector we’ve seen the least reduction in activity in,” he says. 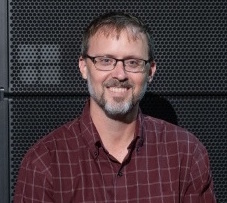 d&b audiotechnik’s Michael Weirich: “Sports venues usually have a very tight time window in which to do work. Now we’re finding the schedules to be very flexible.”

According to a recent AVIXA survey, AV-system end users and providers (which have seen reductions of 25% and 31%, respectively) cite June as the month when AV projects will most likely resume.

Weirich notes that “these are very much consultant-driven and are projects that are 18 months or longer down the pike. The capex is heavy enough to sustain the momentum of projects like these even during this situation. Plus, these venues are still spending to maintain their systems during this time.”

From his perspective, there is also a small but specific silver lining to the sports shutdown: “Sports venues usually have a very tight time window in which to do the work, usually at the end of the season. Now we’re finding the schedules to be very flexible.”

Venue sound systems are complex and are tasked to do everything from providing the narrative to a game to promoting merchandise to life safety. They’re largely dormant now, but, like the sports that fill them, they’ll be back in action soon. Taking care of them now means that they’ll be ready to come off the bench when the whistle blows.