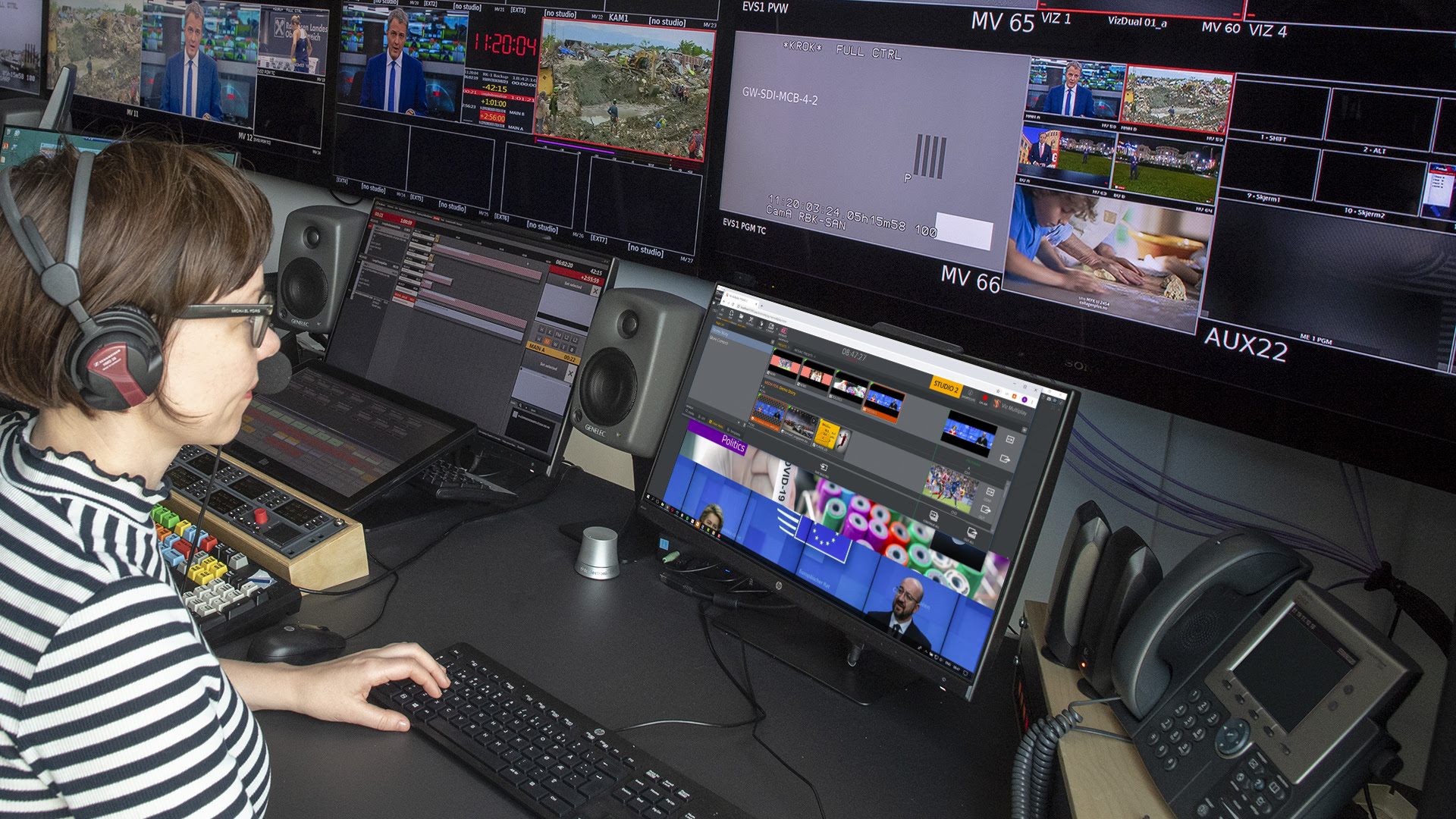 Studio screens have become an incredibly important tool for broadcasters, used to tell visually compelling stories to engage and inform audiences worldwide. By introducing support for independent transitions between any content type on multiple screens from a single system, Viz Multiplay 3 takes studio monitor control to the next level.

“Our mission is to allow every broadcaster to tell stunning stories with greater creative freedom to achieve the vision for their show and have fun while doing it,” says Gerhard Lang, Chief Technology Officer for the Vizrt Group. “The ability to freely mix live media, video clips, graphics and stills on each screen with fully flexible Viz Artist-defined transitions adds storytelling power and freedom in a way not seen before in standalone screen control systems.”

Full transitions between all media types

The new ‘Superchannel’ functionality permits a full range of transitions between any type of media on every screen controlled, including clips, live feeds, graphics and images through an A/B workflow with two sub players per Superchannel. This provides more accurate and synchronized playout with no concern that certain combinations will not work. Broadcasters can use multiple transitions between presets and employ fully modifiable custom transitions not limited to one basic effect.

Playout control has been significantly simplified in order to reduce errors and let the director, anchor or journalist focus fully on visual storytelling. At the same time, complex tasks have been moved out of the client-side application resulting in a smoother user experience and improved playout performance.