The PacWest Conference and FloSports have announced a three-year deal to broadcast live and on-demand coverage of the conference’s complete men’s and women’s basketball season as well as the women’s volleyball season. The partnership extends through the 2022-23 season and includes streaming rights across the conference’s 11 membership institutions in California and Hawaii. 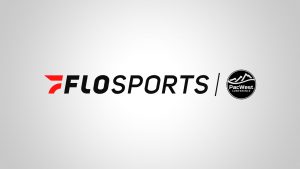 “This partnership with FloSports is a testament to the forward-thinking nature of our membership and their dedication to our loyal fans,” said PacWest Commissioner Bob Hogue. “FloSports is on the forefront of live streaming and their commitment to Division II athletics will provide our fans with unprecedented access, as they will be able to view all PacWest volleyball and basketball games with one subscription for the first time ever.”

“It is an honor to bring The PacWest Conference on to the FloSports network,” says Lindsey Ross, Director of Rights Acquisition at FloSports. “We’re excited to showcase the level of talent among these conference teams to both their fans in California and Hawaii and to a wider audience across the country.”

The agreement was negotiated by the PacWest Conference and Lindsey Ross with assistance by Collegiate Sports Management Group. PacWest also becomes the tenth collegiate entity to enter into a multi-sport partnership with FloSports to grow their sports communities. Through relationships with the NCAA, Big Ten, Big 12, Mountain West, Colonial Athletic Association (CAA), Gulf South Conference (GSC), Eastern College Athletic Conference (ECAC), Mid-Eastern Athletic Conference (MEAC), Mountain Pacific Sports Federation (MPSF) and Southern Intercollegiate Athletic Conference (SIAC), FloSports continues to widen its reach into collegiate sports and demonstrate its ability to bring rich editorial coverage and quality programming to sports fans. The company has bolstered its college athletics programming recently with the launch of FloBaseball that featured over 700 games on its broadcast schedule this season as well as ongoing broadcasts some of the best college basketball tournaments in the country on FloHoops and industry-leading coverage, games, and tournaments on its immensely popular FloSoftball platform.

“CSMG continues to build a significant working relationship with the strong team at FloSports,” says Dan Girard, Director of Media and Property Partnerships, CSMG. “We applaud the PacWest for their vision and leadership to elevate the conference’s content distribution, by broadly displaying its superb quality with respect to producing events and on-field play. This will continue to enhance Division II collegiate athletics worldwide.”