Live video feeds of prospects have always played a big role in NFL Draft broadcasts, but with the pandemic forcing the league to convert the 2020 Draft into a fully virtualized event, this year’s edition took it to a whole new level. In order to manage this integral element in the Draft production, NFL Media enlisted The Video Call Center (VCC), which provided the technology platform, coordination, and expert video call producers to deliver live video feeds originating from 58 prospects’ homes. 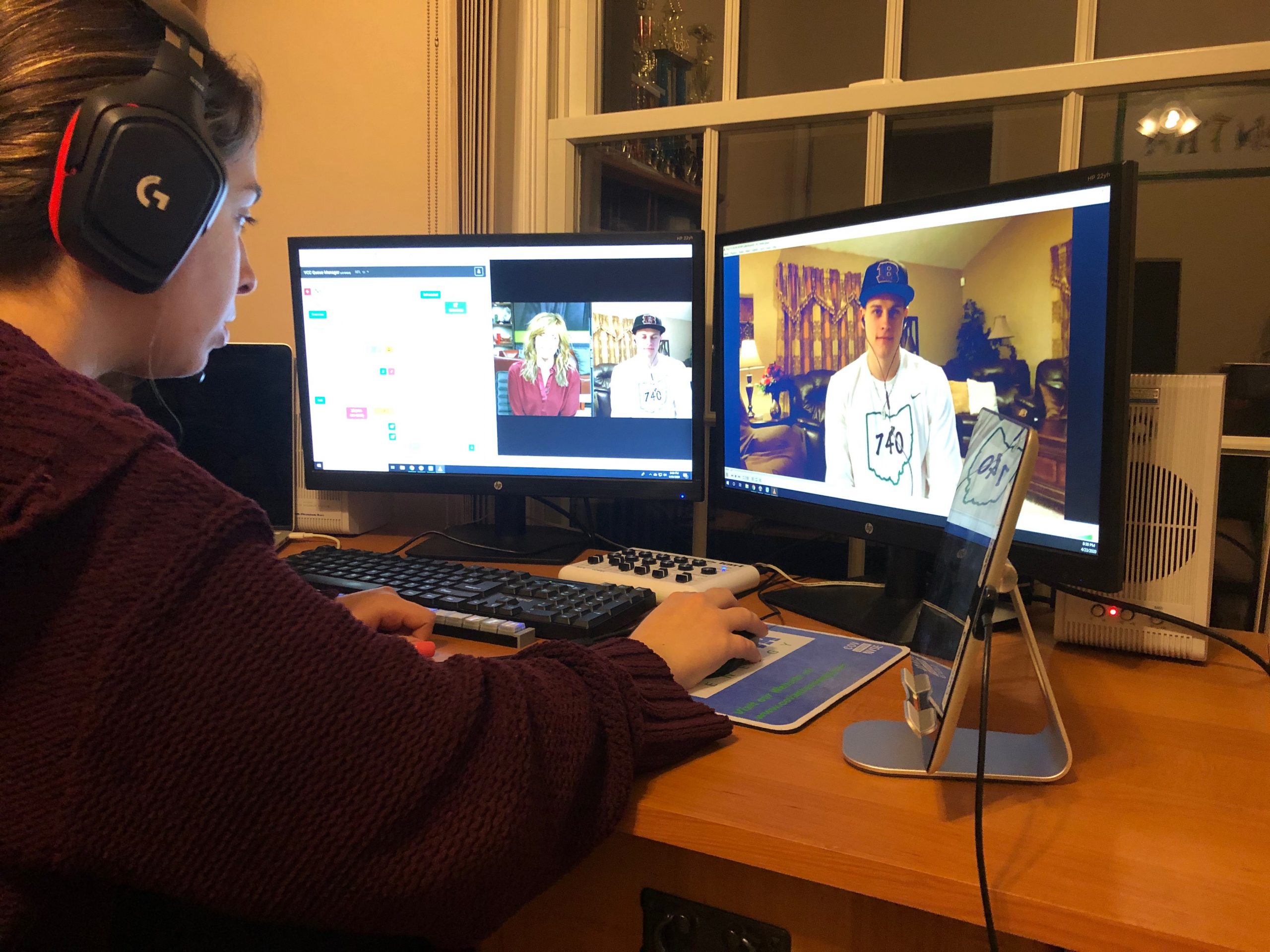 “The NFL draft was easily among the most complex, virtual live events ever produced,” says VCC CEO Larry Thaler. “It relied heavily on a new class of IP-based broadcast television technologies and services — including those pioneered at the VCC — that were designed to support the evolving needs of broadcasters and other producers of the highest quality content.”

Innovating on the Fly: Creating a ‘Live at Home’ Workflow for NFL Prospects

VCC was contacted with only about two weeks to go before the Draft broadcast and was asked to deliver live, two-way interviews into the NFL’s control room using only smartphones and the networking available at the prospects’ homes.

VCC helped NFL Media to quickly deploy two smartphones apiece to 58 prospects. The VCC then worked directly with the prospects’ family members to optimize two locations in their homes that would appear on air. One location was the “always on” camera that provided a continuous live view from the player’s living room, while the second was used to create two-way interviews with the prospects. 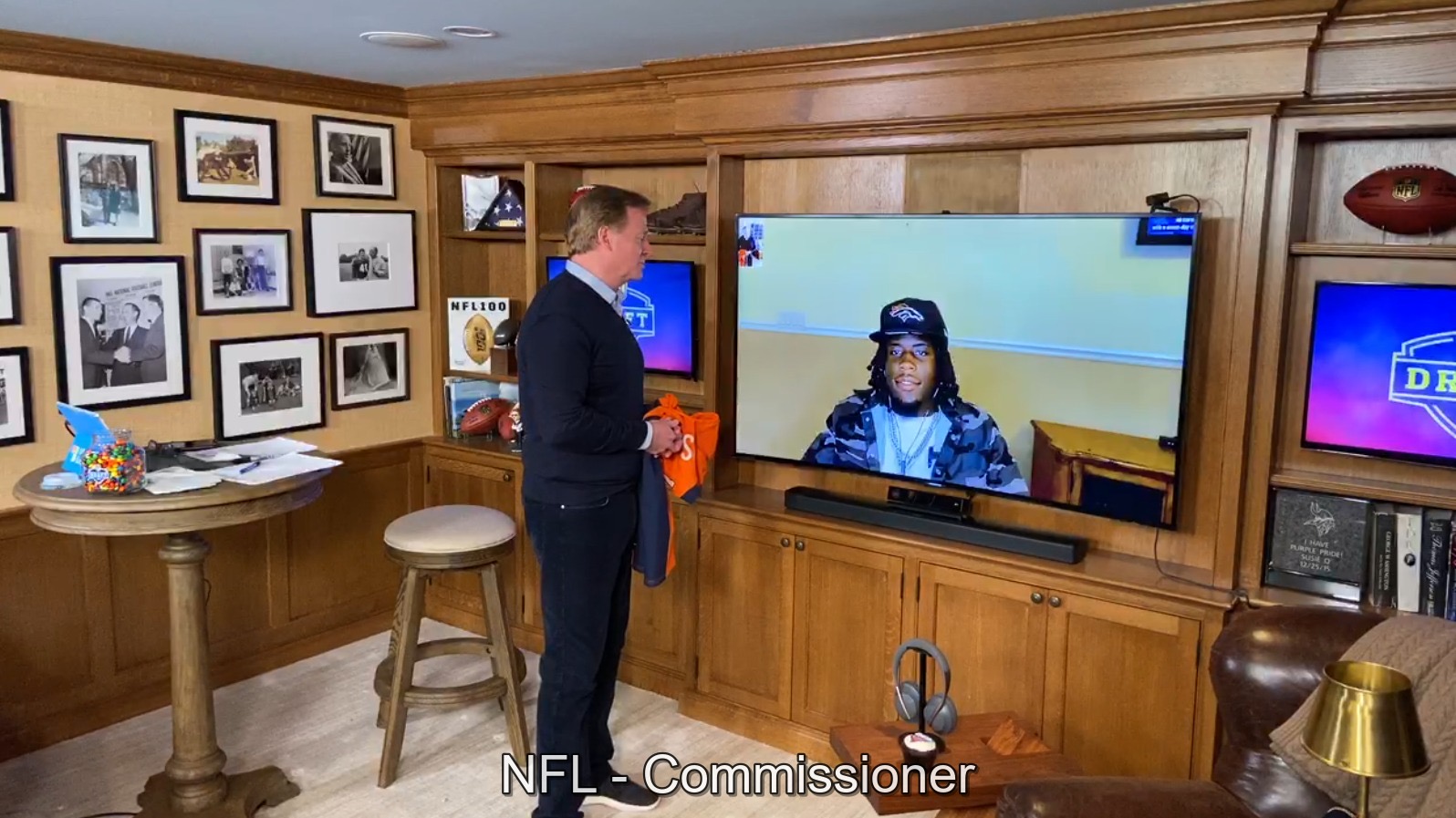 In addition to working with prospects’ families to optimize the two locations in their homes (managing bandwidth limitations, framing and lighting the shots, and removing branded material from the scene), the VCC worked alongside teams at NFL Network, ESPN, and ABC to optimize and rehearse for the live production of the 2020 NFL Draft.

VCC had only one week – at approximately an hour per site – to help the non-technical family and prospects set up the two camera positions at each location, overcoming bandwidth limitations, selecting the most appropriate app based upon the connectivity, framing and lighting the shots, and removing any branded material that might be present from the scene. In addition, VCC worked alongside teams at NFL Network, ESPN, and ABC to optimize and rehearse for the live production of the Draft.

Director of Operations Tom Porpiglia led the on-air effort, while Senior Producer Jonni-Lynn Galietti took the lead on deployments and rolling out process to the VCC team. Matthias Graf and Alex Maisey of the VCC technical team managed the preparation of the equipment and provided technical support. Meanwhile, Tom Delehanty served as sales liaison and CEO Larry Thaler assisted with oversight on the project.

On Draft day, VCC call producers Samantha Gross, Jaclyn Lennon, David Silverstein, Hayden Cohen, and Daniel Osofsky made optimizations right up to the moment of air to ensure quality coverage. In most cases, the VCC had only seconds between the time the prospect moved to their interview camera and the delivery of a feed to the NFL’s broadcast partners at NFL Network, ABC, and ESPN. In that time, VCC had to frame the shot, get the interview subject on headphones, make sure they had a mix-minus feed, and return video — both delivered via the VCC platform. In their excitement, family members occasionally jostled carefully arranged camera positions, requiring call producers to make rapid adjustments on the fly right before air.

The average home had a median of around 12Mb/s of upload bandwidth and the two phones competed with each other for this bandwidth — as well as anyone else in the house who might use their device. This meant that just because something had been rehearsed or tested, it didn’t mean things would be the same on Draft night.

In addition, these were not specialized networks; VCC worked with the WiFi and 4G mobile networks found in typical American homes and chose the best approach. 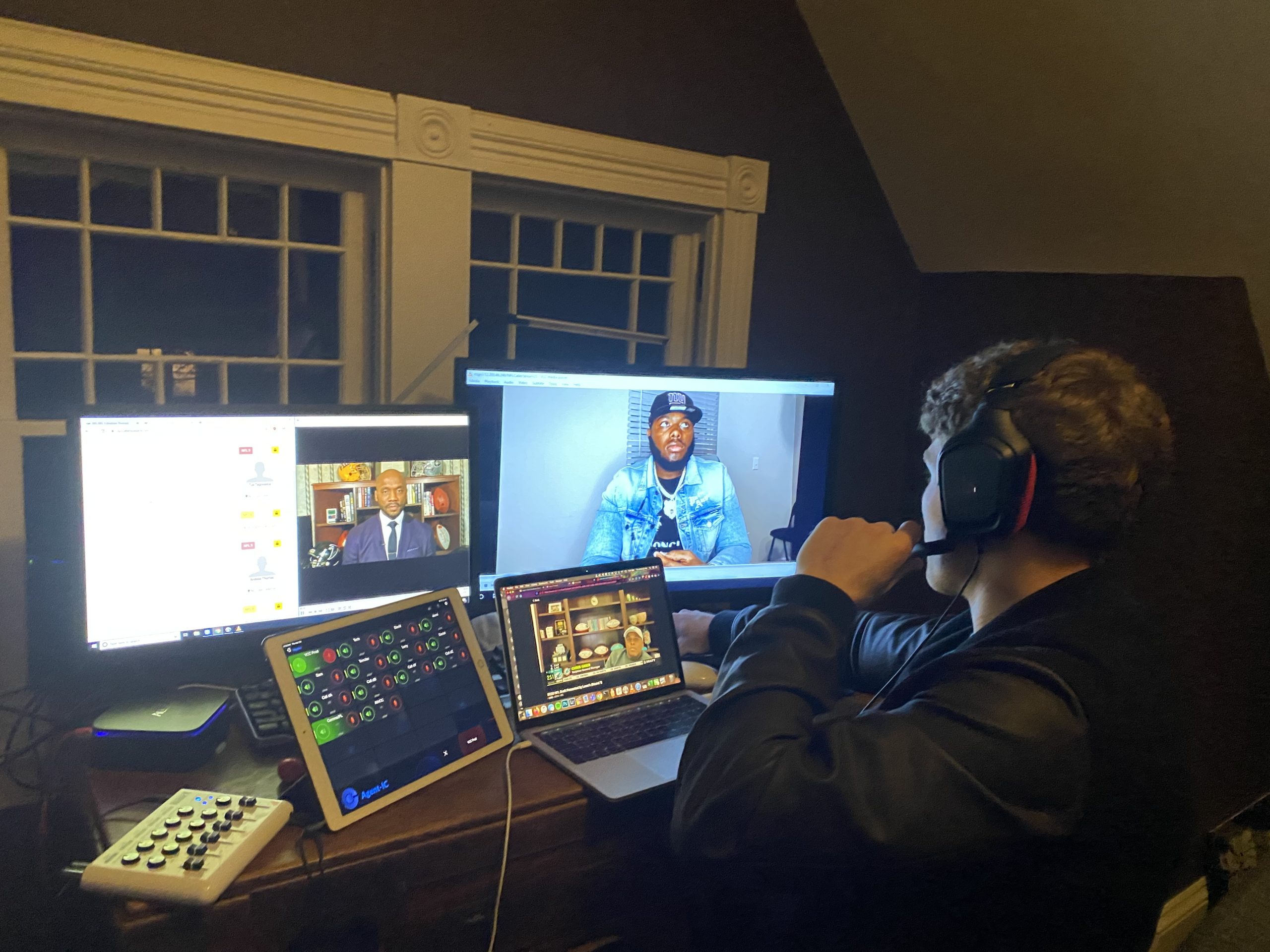 After getting the official calls from Roger Goodell and team owners, the prospect would head to their interview camera. The VCC call producer had less than two minutes — and sometimes considerably less — to finalize framing, resolve any connectivity issues, and all the while communicate with producers at ESPN to supply them the feed. On average, VCC delivered remotes ready for air in just 75 seconds.

While this type of face-paced, long-duration remote is nothing new to VCC — which services outlets like MSG, Fox Sports, FS1, Discovery/TLC, CBS All Access, Vice — the scale of the NFL Draft broadcast was among its largest ever. The sheer number of remotes needed in a compressed time along with the size of the viewing audience made it one of VCC’s most challenging efforts to date.

“We’re extremely pleased both with our performance and with the opportunity to work with a first-class organization like the NFL. No one had ever done something like this before, [but] together we worked through workflow and technological issues to make the show a success,” adds Thaler. “We are thrilled to be a part of the team that helped NFL Media take on the challenge of rewriting traditional broadcast rules to deliver this spectacular event to millions of fans.”