On Friday afternoon, the NBA and its broadcast partners, ESPN and Turner Sports, unveiled some of their production plans for the resumption of the NBA season and the NBA Playoffs from the ESPN Wide World of Sports Bubble, which includes new and unique robotic camera angles and the ability for fans to appear on in-venue video screens and cheer on their teams live. 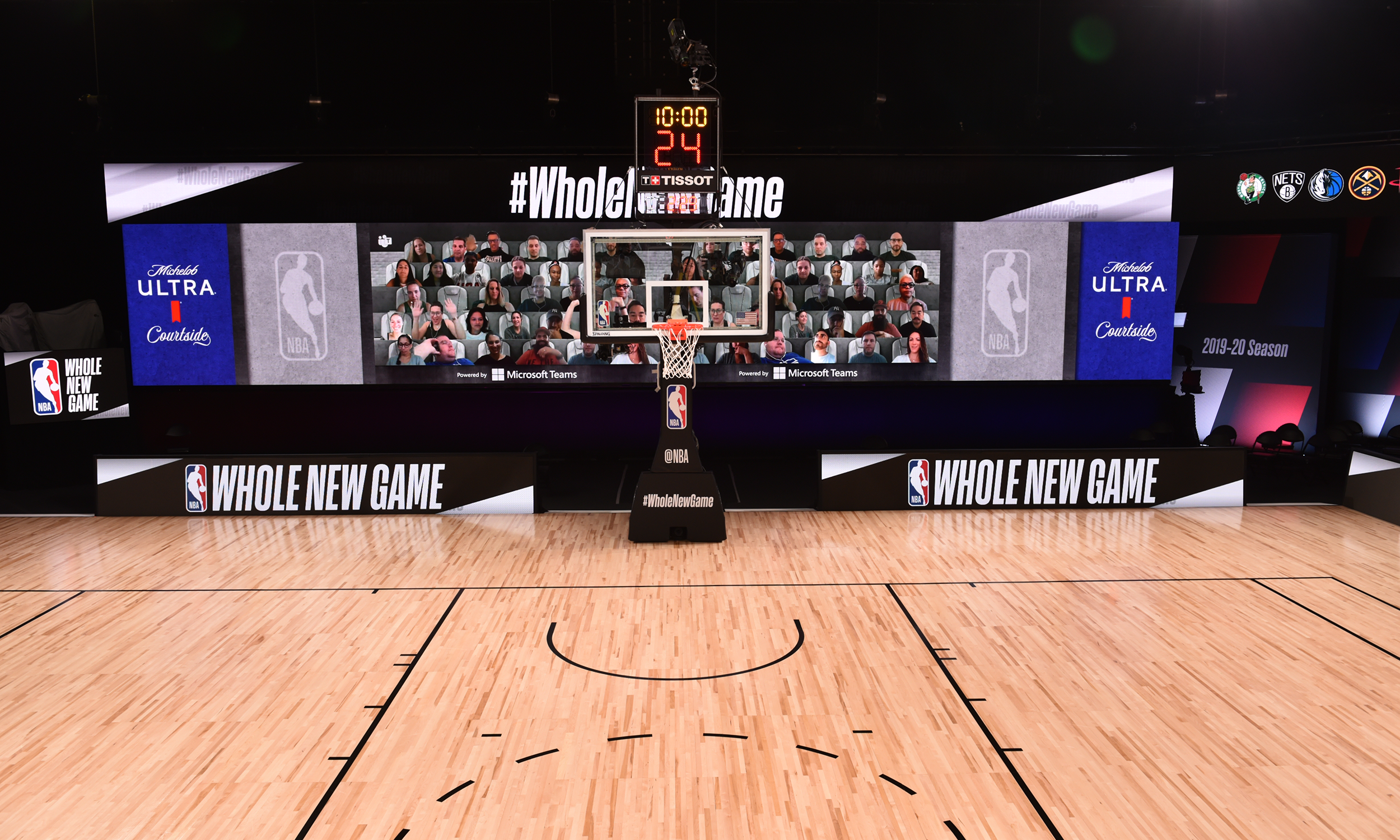 Among the NBA’s in-venue enhancements at the Disney Wide World of Sports Bubble, fans can have their live video feed displayed on large video screens surrounding the court of play.

The live game productions will feature more than 30 cameras, many of which, the league says, will be robotic. The league will also take advantage of the lack of fans in the arena by positioning cameras in ways they have never been placed before.

On the audio front, microphones will be placed liberally around the court to capture enhanced sounds from the floor.

On the streaming front, users of NBA League Pass and NBA TV (on the NBA App and NBA.com) will receive customized viewing options including alternate camera angle feeds, mobile-friendly graphics, interactive gaming, and the ability to view the game with alternate commentators specializing in the worlds of analytics, fashion, or music.

“Working with our broadcast and technology partners, we are excited to unveil a series of enhancements that will bring fans closer to the game and allow them to personalize their viewing experience,” said Sara Zuckert, NBA Head of Next Gen Telecast said in the league’s official release.  “Our goal is to create an enjoyable and immersive experience where fans can engage with each other and maintain a sense of community as we restart the season under these unique and challenging circumstances.”

Lastly, despite the lack of fans in attendance at these games, the NBA has also spared no innovative juice on integrating their fans into the in-venue experience. Fans will have the ability to watch the game live with their fellow fans in what the league is calling “Michelob ULTRA Courtside.” Fans’ live video feeds will be displayed on 17-foot video boards surrounding the playing surface. In addition, fans who participate in this will be brought into a virtual interactive experience developed by Microsoft. “Together Mode” will allow these fans the feeling that they are sitting next to each other at the game in a virtual environment.

“The core of our partnership with the NBA is delivering next-gen experiences for their fans on and off the court,” said Jared Spataro, Corporate Vice President, Microsoft 365 in the official release.  “All of us at Microsoft can’t wait to watch an NBA game again and are excited to be part of the new fan experience.  We hope Together mode helps fans feel more connected and immersed in the game, and helps teams feel the energy of their fans, even when they can’t be in the arena.”

Team-specific DJs and PA announcers will also be in-venue to recreate the sounds and experiences typically expected at the home team’s arena.