The Canadian Premier League is returning to play, and OneSoccer will be bringing full coverage of the 2020 season, broadcasting every game of “The Island Games” and giving Canadian soccer fans exclusive content from inside the tournament bubble in Charlottetown, Prince Edward Island. 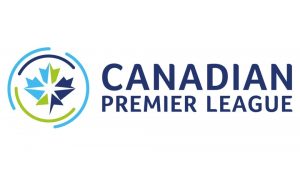 “We’re pleased to add a distinguished list of on-air personalities to an already impressive group that did a tremendous job bringing Canadian fans first-class coverage of their top-tier league, domestic cup and national teams in 2019,” said OneSoccer General Manager Victor Rodriguez. “Our mandate to continue expanding the Canadian game through our coverage is backed up by significant investment in our fresh, soccer-specific sets in time for The Island Games and Concacaf World Cup qualifying.”

OneSoccer is also proud to present Bringing It Home, a four-part documentary looking back on the CPL’s inaugural season. Produced by Mediapro Group, Episode 1 of Bringing It Home debuts exclusively on OneSoccer on Monday, Aug. 10 at 9 p.m. ET.

“We made our intentions very clear from the start, promising to deliver world-class programming to Canadian soccer fans,” said Mediapro Canada CEO Oscar López. “Bringing It Home demonstrates the passion that has helped Mediapro become a global leader in production. We hope Canadian Premier League fans enjoy seeing the league in a way they’ve never seen it.”

Here’s what you can expect from our 2020 Island Games show lineup:

The Canadian Premier League’s single-site tournament, “The Island Games,” will be played in Charlottetown, Prince Edward Island. The CPL’s eight clubs will compete in a three-round tournament to crown the 2020 Canadian Premier League Champions. In the initial round-robin phase, each team will play each other once (28 games). The top four clubs after this initial round will advance to a second round where they will face off again (six games) to determine two top teams, who will then round out the 2020 season and compete in a single match final for the North Star Shield.