Gravity Media has expanded its U.S. team with the addition of Richard Zinn, an executive producer and industry veteran who will be responsible for advising, growing and managing Gravity Media’s expanding portfolio of clients on the West Coast of the USA. Zinn previously was executive producer and senior coordinating producer at NBC Sports California/Bay Area where he managed more than 300 NBA, MLB, MLS and NCAA events per year. 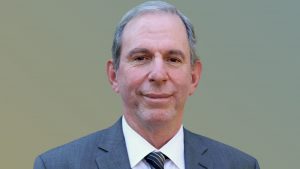 Richard Zinn has joined Gravity Media as part of the company’s personnel expansion as it looks to better serve client needs.

Michael Harabin, President of Gravity Media (USA), says that adding Zinn to the team means Gravity Media can continue to develop and grow its broad portfolio of production clients.

“His extensive experience with live sports productions and presence on the West Coast will be a true asset to Gravity Media,” explains Harabin. “Having Richard join us is an exciting development and he is a great addition to our production team.”

Adds Zinn: “With Gravity Media, I feel I’ve taken a challenging next step in my varied career. I’m delighted to be part of this successful and growing international company that has entrusted me to advise, manage and grow some of its most exciting clients. I’m looking forward to working with a company that not only has an amazing pedigree but is also well positioned to continue to innovate and grow.”

Zinn has won eight Emmy Awards for his work with the Golden State Warriors, San Francisco Giants, Oakland Athletics and San Jose Earthquakes. This occurred during the run of six NBA and MLB World Championships in the Bay Area in a nine-year span.

For over a decade prior, Zinn was the executive producer of sports production at NBC affiliate KRON-TV San Francisco when it broadcast Oakland Athletics’ baseball as well as Pac-12 football and basketball. Before moving to California in the mid-90s, he was a producer at MTV and for 15 years, director of production for live concert broadcasts at world renown music venues including The Ritz, Studio 54 and others in New York City.