Broadcast sports production was already well on its way to embracing an IP-based workflow before COVID-19 arrived and compelled sports to shut down last March. Unlike some other technology migrations — such as the shift from stereo to surround and current moves towards immersive sound, both driven largely by the technologies themselves — the move to IP has been propelled by its own business case.

Broadcasters see it as supportive of another tectonic shift, toward more REMI-type production, which would decrease the number and cost of assets they needed to deploy in the field. The incessant demand to lower production overhead made uptake of REMI remote-production styles inevitable, and IP allows the number of audio channels deployable remotely to continue to increase even as the number of people needed to operate them decreases. And, when more trucks are needed onsite, those trucks can be lighter, thanks to the vast reduction in cabling that IP allows, and thus less expensive to operate. It doesn’t take advanced bean-counting to see networking’s business benefits. IP networking allows a far more compact signal infrastructure that can actually increase the number of endpoints for a production.

The pandemic just made all that happen even faster.

Lawo’s Stephan Türkay: “It wasn’t that long ago that they had to make a case for IP versus baseband. We are way beyond that.”

“COVID-19 emphasized the need for IP workflow and sped up its uptake,” says Stephan Türkay, senior product manager, media infrastructure, Lawo. “The difference between before and now is that, last year, the driver for IP was scale and now it’s about enabling people to work [more remotely]. [It’s] a different kind of REMI, with fewer people in the same control room. Being able to implement social distancing in the production workflows is vital.”

A year on, he says, broadcasters and remote-production technicians have a much richer range of equipment choices, as pro-audio manufacturers are increasingly adding network capability to products, including microphones. He notes that Lawo’s entire product lineup is fully IP-enabled, including its own IP broadcast-control system, VSM.

“It wasn’t that long ago that they had to make a case for IP versus baseband,” Türkay says. “Not anymore. We are way beyond that.” 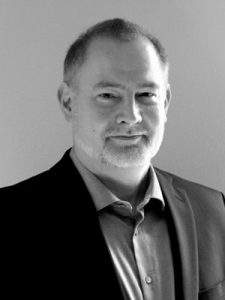 Audinate’s Bernie Farkus: “AV professionals have is a ‘show must go on’ attitude. We are always thinking of ways to solve whatever challenges that confront us.”

“Dante-enabled devices are being used at-home, connecting through a Unity Intercom server via an internet connection to the venue, studio, or other remote location,” he says, reflecting the “at-home/at-home” model that has evolved during the pandemic. “In other cases, they’re using traditional codecs to get audio from home to studio, connecting to the codec via whatever means available: Dante, AES67, AES3, or analog.”

The arrival of a bevy of standards also helped propel IP, including the SMPTE ST 2110 suite and AES67, according to Türkay. However, while audio and video over IP has made significant strides in recent years, the industry is still waiting for more control capability to become more standardized.

That’s being addressed, in part, by the Networked Media Open Specifications (NMOS), a set of specifications developed by the Advanced Media Workflow Association for use in IP-based infrastructures to provide a control and management layer in addition to the transport layer provided by ST 2110. The still-evolving array of specifications — which apply to such areas as device discovery, channel mapping, and system parameters — is supported by more than 70 AMWA members, including Lawo, NEP, Calrec, and Riedel.

However, it’s likely a long way from becoming a proper set of standards, given the dynamically evolving nature of networking. As AMWA says on its website, “This need to accommodate evolving end-user requirements does not allow as easy [a] fit with the traditional standards processes, which have worked so well for transport streams, such as SMPTE ST2110.”

Türkay is hopeful that NMOS is a move toward a plug-and-play level of accessibility in the near future, as manufacturers find ways to incorporate elements of it into their various products, not unlike the way manufacturers of pro-audio systems have integrated the Dante protocol. But, he adds, NMOS is less a magic bullet than a piece of a larger puzzle.

“We use aspects of the NMOS toolset in VSM to achieve greater interoperability to IP edge devices,” he explains. “NMOS addresses an important aspect in IP control but is not designed to be it its own end-to-end control solution. It’s one piece of a bigger picture.”

The COVID-19 shutdown will be remembered for its disruption of sports but may also be recalled as a further catalyst for moving broadcast deeper into an IP infrastructure. It was all that, says Farkus, coupled with broadcast’s can-do ethic.

“The shutdown was a major disruption, without a doubt,” he observes, “and our industry has never experienced anything like this. But one thing AV professionals have is a ‘show must go on’ attitude. This is our best trait. We are always thinking of backup plans and ways to solve whatever challenges that confront us. We adapt and keep moving forward. IP helped make that happen.”