Social distancing guidelines have impacted everything from everyday life to television production and worship services. O’Fallon First United Methodist Church in Illinois has looked for alternate and creative approaches to reaching its congregation and has offered pre-recorded services and live-streamed worship for its parishioners. In doing so, the church chose to upgrade its camera solution to the 500 Series CONNECTED CAM handheld camcorder from JVC Professional Video, a division of JVCKENWOOD USA, for recording and streaming its worship services. 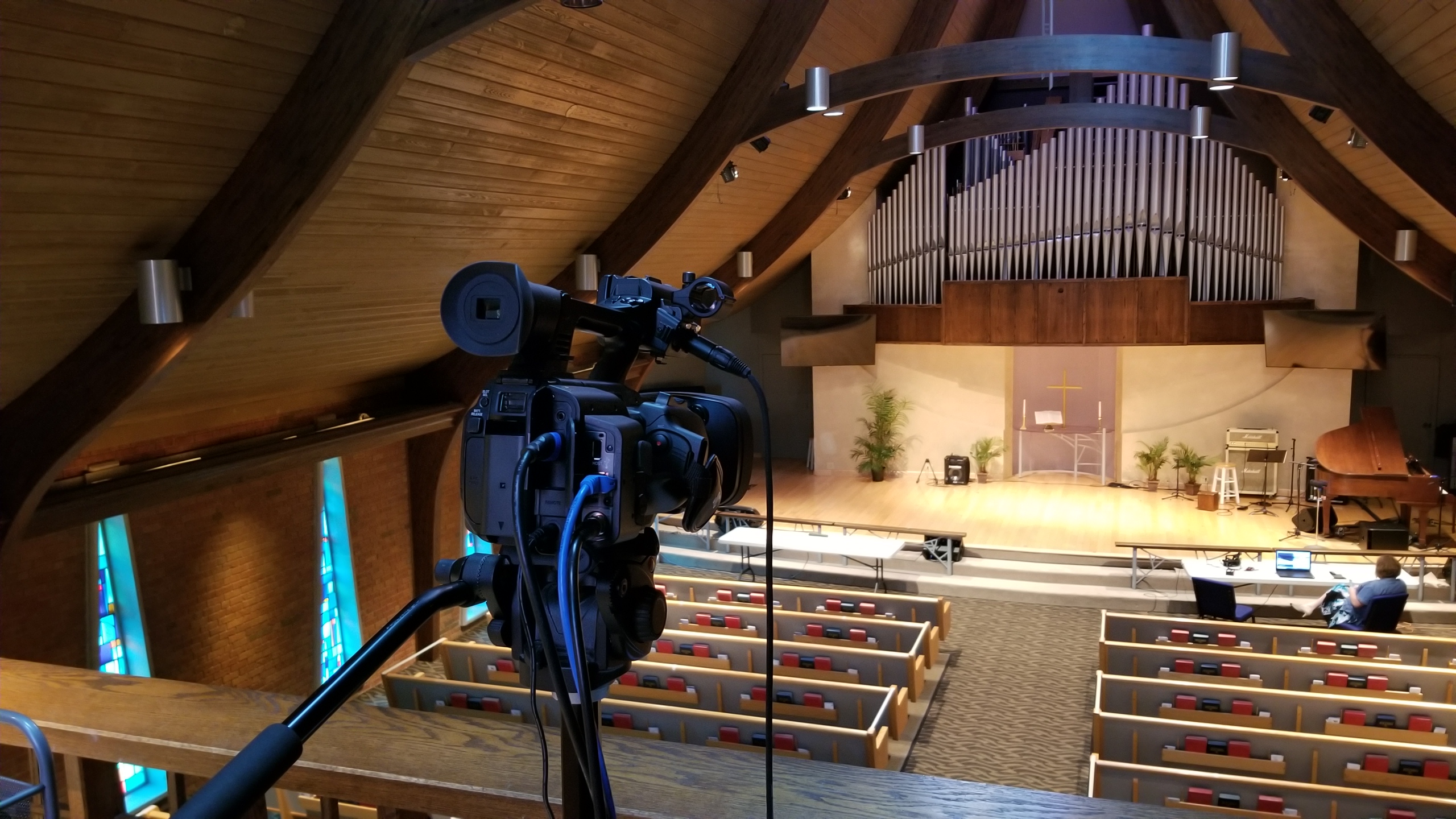 Chosen by the church’s Director of Technology Tyrone Castle, the GY-HC500 camera was used in the early days of lockdown to pre-record Sunday services. “We were able to record each piece as separate segments, which allowed us to do social distancing better than if we had everyone on stage,” he explains. “At that time, we were even going to remote locations, like lakes and forests, to record our sermons to share with our parishioners. After a while, we progressed to offering drive-in and streamed worship as well. Now, we do full live streaming plus limited in-person services, so it’s been a progression. With Illinois starting to roll things back again, we may end up going to strictly live streaming.”

Though the GY-HC500 was first implemented during the pandemic, Castle says his initial camera search began before that time. “Our previous camera was 20 years old, so I really wanted to upgrade it,” he says. “I already knew I wanted the JVC GY-HC500 camera and when COVID came about, it really pushed that decision forward much quicker. I was looking for something that would not only be viable for a long time, but also had a really good set of specs. I have always had a personal preference to use JVC through my career; the brand has always had a good reputation in providing broadcast-quality solutions. Plus, it had the built-in streaming function, as well as SD and SSD recording capabilities.” 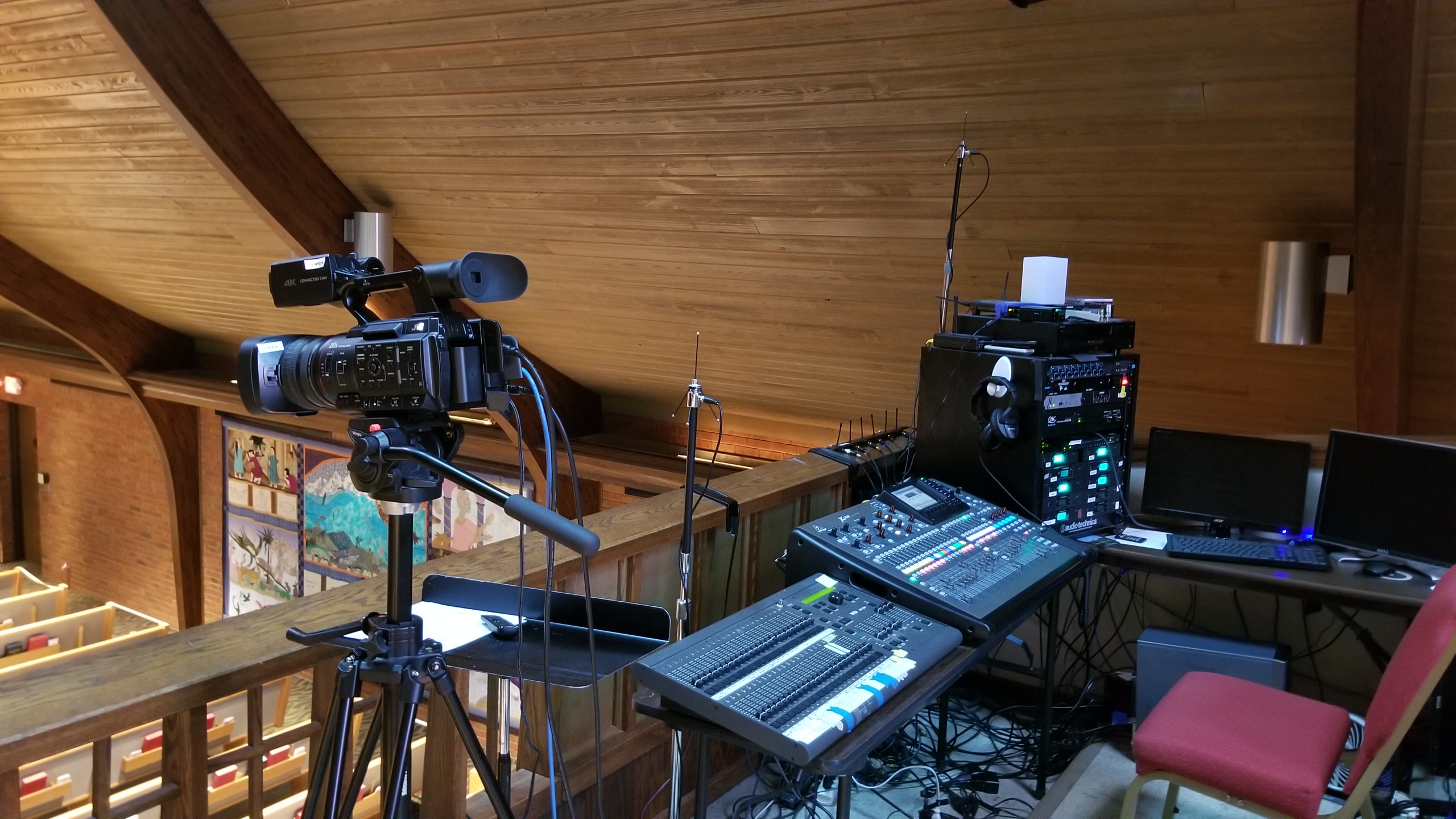 With CONNECTED CAM technology incorporated directly into the camera, Castle is able to choose which live streaming format he is using. “When we first set up the camera, I was exclusively using the CONNECTED CAM feature to live stream our services,” he adds. “Then, as our services evolved over the past several months, we progressed to where we can now also use the SDI-out to connect directly to the computer. This enables us to simultaneously display song lyrics on the live stream via our worship software. I simultaneously have the built-in CONNECTED CAM streaming feature running as a backup. In the event that something goes wrong with our computer, I can just hit one button and switch to the camera’s streaming function, so there’s no loss of feed.”

To account for possible loss of internet or power, Castle also records to SSD as another fail-safe. “In worst case scenarios, I can post that video later,” he explains. “We record at 1080 60p, so we don’t actually use the full 4K capabilities, but the picture clarity is exceptional. It’s also perfect for streaming.” 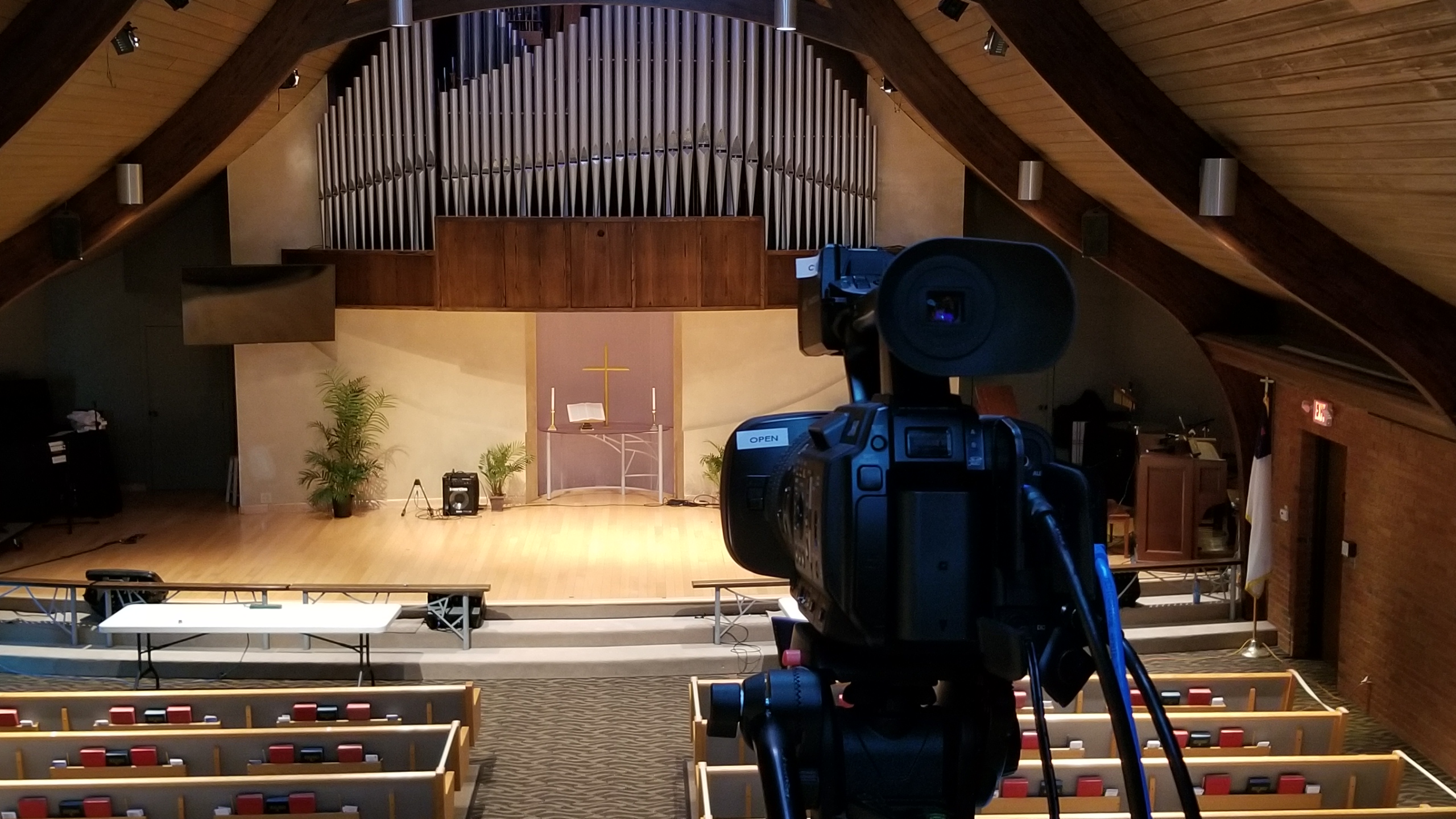 Castle chose to set up the streaming camera in the church sound booth, located above and behind the pews. “From the start, we were able to connect our soundboard directly to the camera via XLR, which has proven incredibly helpful,” he says. “We also decided to put it in the sound booth so that we have a perfect position to not only pan across the stage, but also zoom in on anyone. The zoom features are another thing I love about that camera. Even from the long distance between the booth and the stage, I can get a tight shot on the pastor and then pan out to cover the whole stage if we need to. The GY-HC500 has a very steady zoom in and out, and the controls are very fluid. It’s not overly sensitive like other cameras.”

While doing remote shoots at the height of lockdown, Castle took note of some other key features of the camera. “It works really well in terms of how it picks up light,” he explains. “Some cameras don’t do well in bright sunlight because you have to adjust the white balance quite a bit. Whereas with the JVC, I don’t have any of that – maybe just a little Iris control, which I really love as well. During those shoots, we also noticed that the battery life is very good.”

The JVC GY-HC500 has also proven to be the perfect solution for the volunteers who utilize it most frequently. “They really like it,” adds Castle. “One main thing in particular that they are very impressed with is the smooth operation of the camera. Additionally, I have a pair of headphones plugged into it, and they really like that they can hear exactly what’s being captured as it’s happening. On the functionality, I also love how easy it is to set up and go through the features, because it allows me to preset the camera and get all of my settings correct. That makes it a lot easier for the volunteers to just get going each Sunday.”

O’Fallon First United Methodist Church has provided worship services and support to the community of O’Fallon for more than 100 years. The church hosts traditional worship services – with one pastor, liturgist, singer and occasional percussionist on bells, as well as a contemporary service with a full worship band complementing the pastor’s sermon. In addition to Sunday worship, the church also supports the community through a variety of other programs. Included among these is the recently established remote learning pod system, which makes it possible for children to be cared for and guided academically during distance learning while their parents work.