2020 in Review, Part 1: How Live Sports Production Returned in the Age of Coronavirus 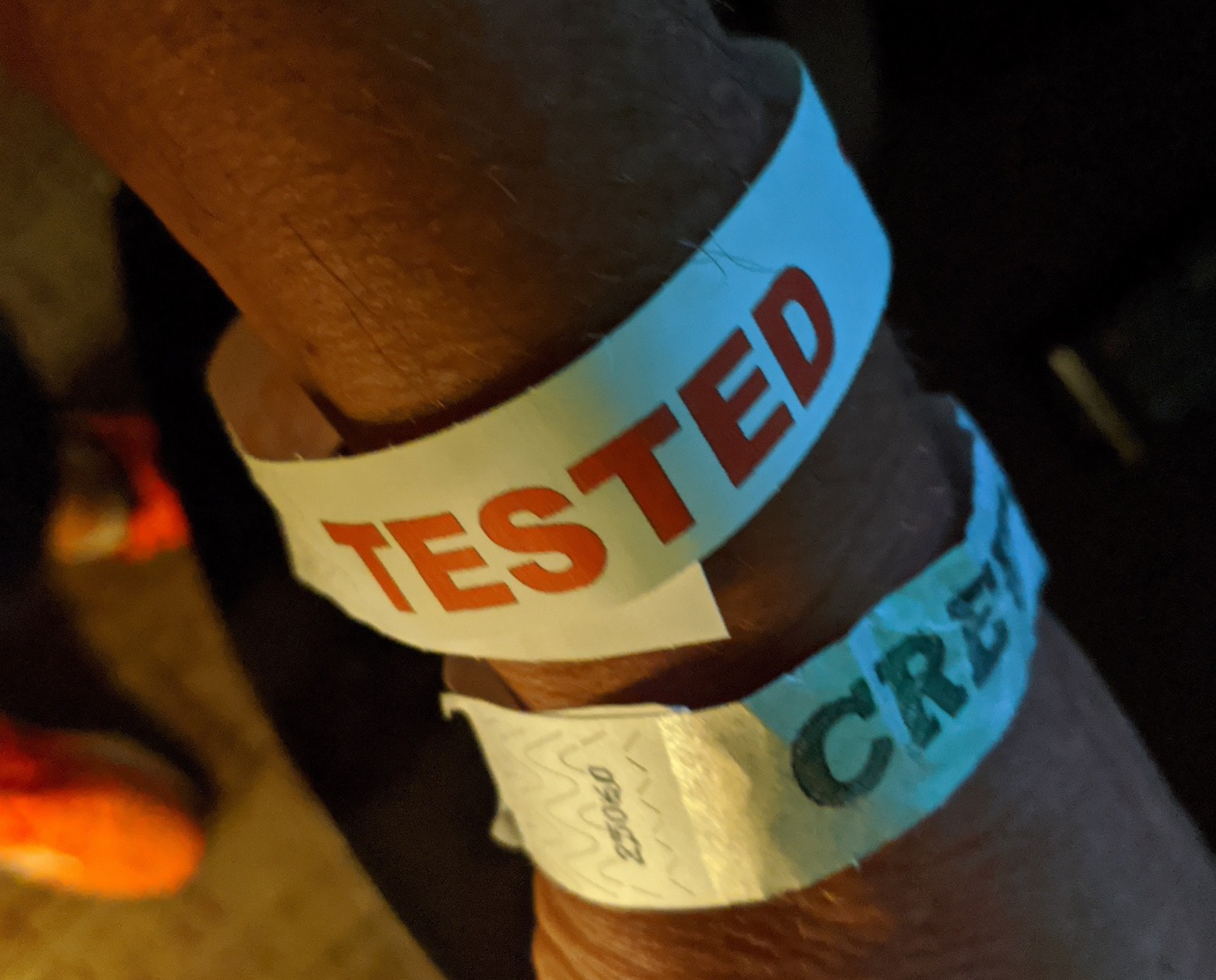 Since the return of live-sports productions, broadcasters have implemented extensive testing protocols across the board in order to keep crews safe and healthy.

Here is the first of SVG’s three-part series “The Comeback: How Live Sports Production Returned in the Age of Coronavirus”, which provides an in-depth look at the industry’s monumental efforts to bring back live sports production in the face of coronavirus in 2020. The Comeback was originally published in the 2021 SVG Sports Production Yearbook, which you can read in full HERE. And make sure to check out the hyperlinks throughout this story for more in-depth articles on these groundbreaking productions.

Early Days of the Pandemic: Esports, NFL Draft, and PBR 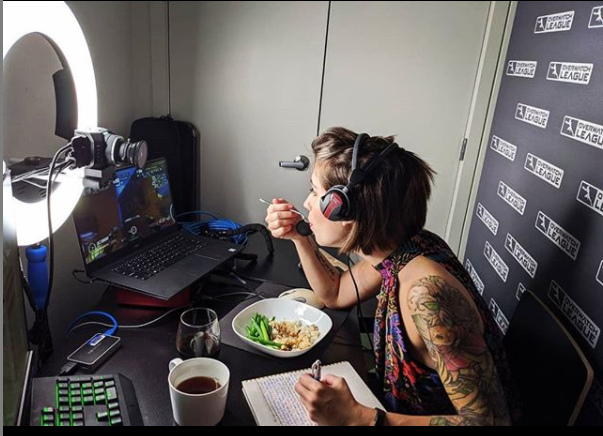 When the traditional sports world came to a grinding halt in March due to the coronavirus pandemic, the esports world soldiered on, hosting online competitions with players competing remotely. Major esports entities like Riot Games (League of Legends), Activision Blizzard (Overwatch League and Call of Duty League), EA (Madden, FIFA, and Apex Legends), the NBA 2K League, and many others created new cloud-based virtualized live-production workflows that allowed both players and production crew to be located safely at home. 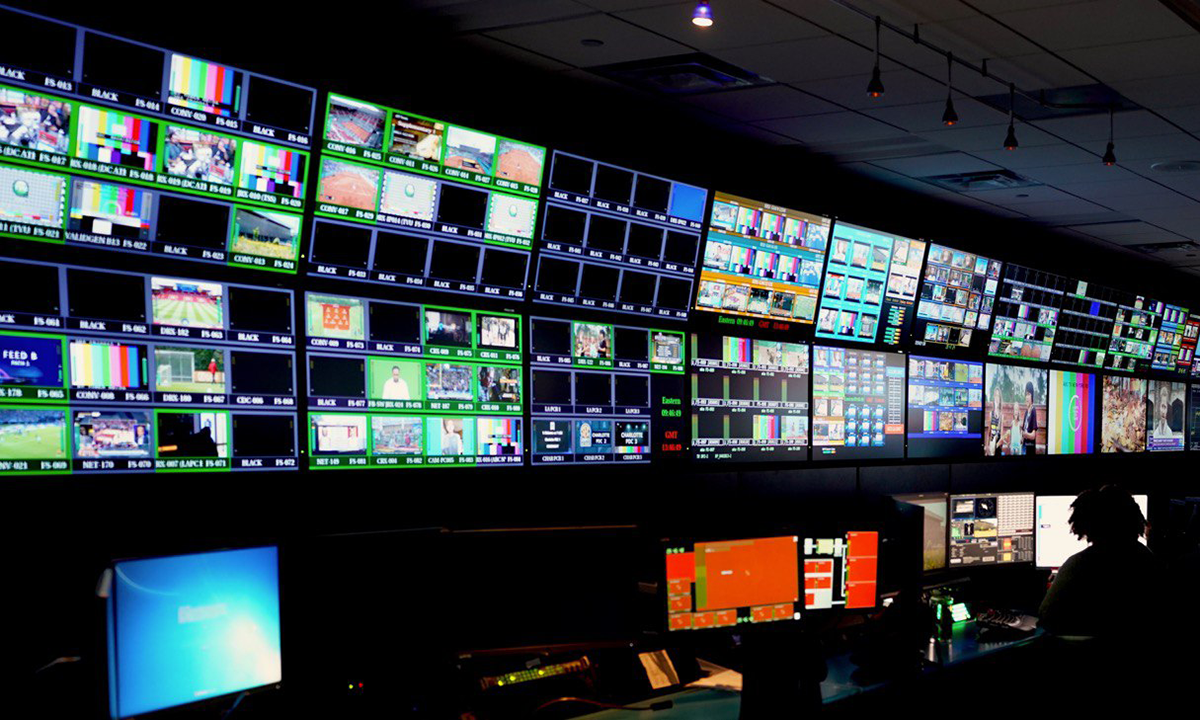 Much of ESPN’s NFL Draft crew also worked from home, while others at ESPN’s Bristol, CT, campus operated under strict social- distancing guidelines.

Just over a month into the pandemic shutdown, the NFL Draft provided a much-needed respite for content-hungry sports fans. The NFL Draft is a live production that has never been short on obstacles, annually presenting ESPN and NFL Media production staff with brain-bending puzzles that they thrived on solving. This Draft, though, was something totally different. ESPN, NFL Media, and an army of vendors were forced to come up with whole new scheme for the nationwide production effort, which spanned from ESPN’s Bristol, CT, campus to the NFL Network to the homes of NFL Commissioner Roger Goodell and NFL GMs, coaches, and Draft prospects around the country. 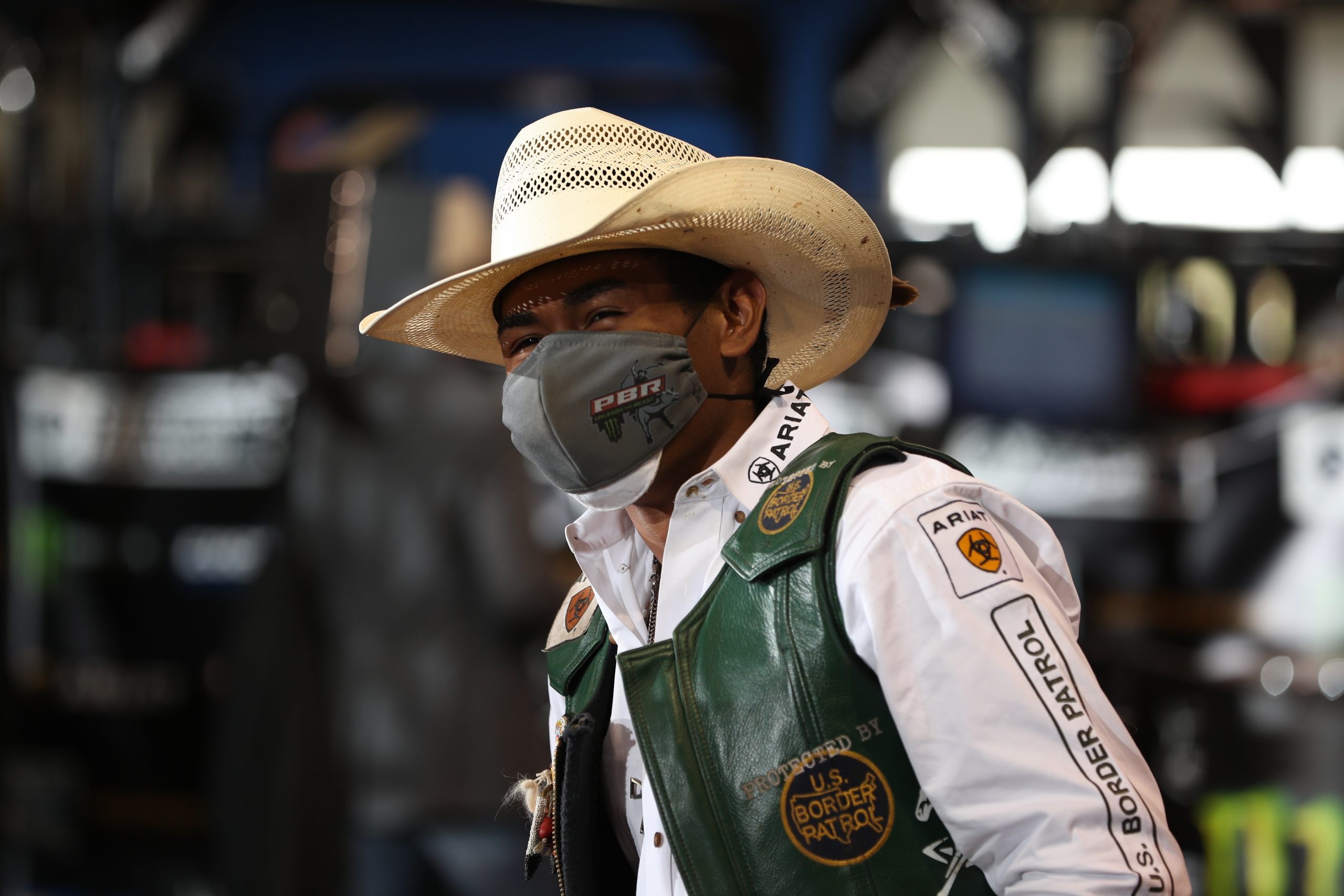 Keyshawn Whitehorse during the second round of the Guthrie Las Vegas Invintational Unleash The Beast PBR. Photo by Andy Watson

PBR (Pro Bull Riders) became the first U.S. sports entity to return to action in late April with the PBR Las Vegas Invitational. PBR returned to action with the help of a number of safety protocols designed to ensure that everyone involved in the production was as safe as possible. In doing so, it helped to develop early best practices not only for TV production in the age of coronavirus, but also for the safeguards to ensure production crews, venue personnel, and competitors stay safe and healthy. 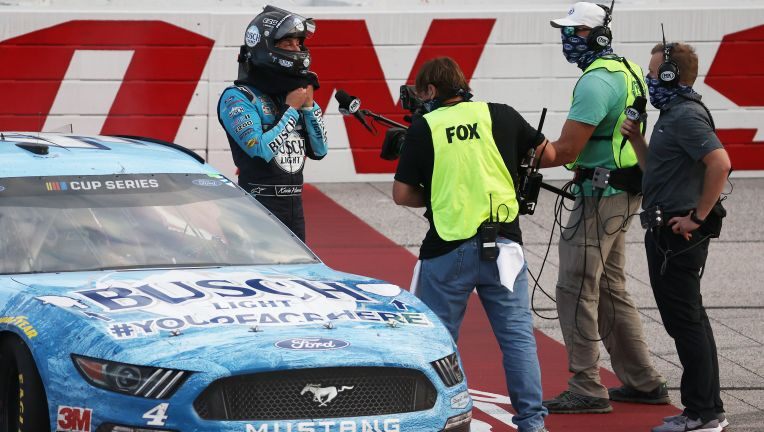 Crew safety has always been a top concern at NASCAR given the nature of the sport and a busy pit road and garage area. The coronavirus pandemic added a totally different level of safety demands, and every decision was made to maximize that safety.

A cavalcade of motorsports returned to the track in May, led by NASCAR, which kicked things off with The Real Heroes 400 at Darlington Raceway. NASCAR and Fox Sports shifted into overdrive and worked with track officials and all of the racing teams to get NASCAR back in action. Crew safety has always been a top concern at NASCAR given the nature of the sport and a busy pit road and garage area. The pandemic adds a totally different level of safety demands, and every decision NASCAR and Fox made was to maximize that safety in light of the coronavirus. 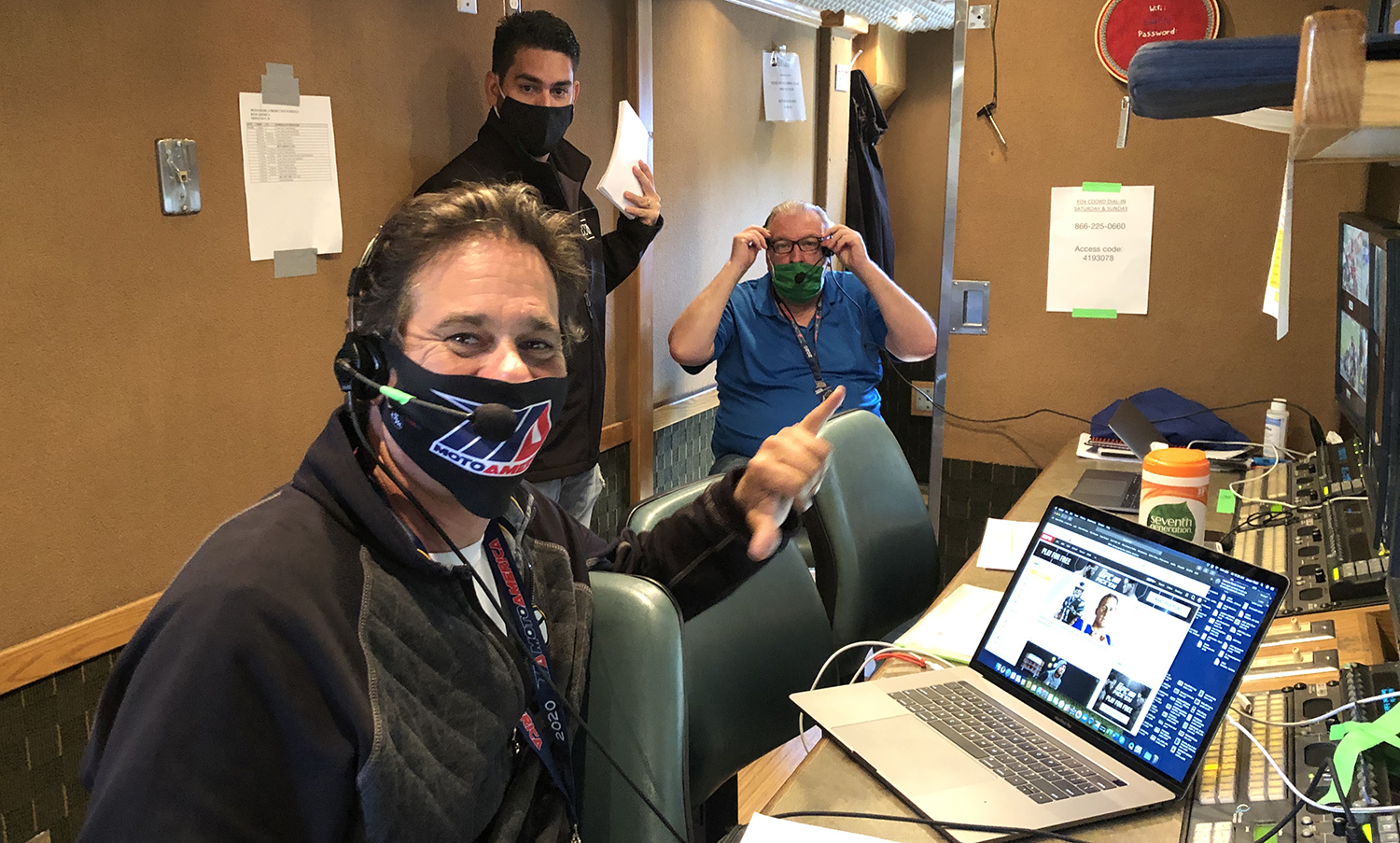 Crew members on MotoAmerica productions were required to be socially-distanced in the truck and and wear masks at all times.

Motorsports continued to lead the way in the return of live U.S. sports with the 2020 MotoAmerica Championship rolling out in late May after a nearly two-month delay. MotoAmerica’s production partner, LDM Worldwide, rolled out a production (which aired on FS1 and FS2) at Road America in Elkhart Lake, WI, that emphasized the crew’s safety while maintaining the broadcast quality that MotoAmerica fans have come to expect.

Next up was NBC Sports’ presentation of Monster Energy AMA Supercross at Salt Lake City’s Rice-Eccles Stadium. For Feld Entertainment, the network’s production partner, putting on a great broadcast was an objective, but the well-being of all onsite crew members was of utmost importance.

Another major motorsports property returned to the track in early June when the 2020 NTT IndyCar Series launched at Texas Motor Speedway. With live sports content at a premium

Golf Tees Off, and Tennis Serves Up 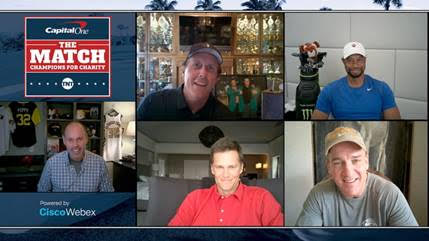 First up in the return of televised golf, the PGA Tour’s TaylorMade Driving Relief skins match produced by PGA Entertainment, NBC Sports, and Sky Sports. And it may have only featured four golfers, six handheld cameras, and zero caddies, but it certainly went a long way towards satiating the thirst for live professional sports and also showed that remote workflows for golf are possible as it was produced out of PGA TOUR Entertainment’s facility 250 miles up route I-95.

When CBS Sports’ coverage of the PGA Tour returned, it made socially-distanced player interviews a priority.

The following weekend saw Phil Mickelson and Tiger Woods join NFL greats Peyton Manning and Tom Brady and for Capital One’s The Match: Champions for Charity. Televised live on TBS, TNT, HLN, and TruTV (as well as streaming on Turner apps and websites), the event saw Turner Sports utilize EP’s EN1 production unit and 11 cameras to cover the charity match, with safety as its top priority. 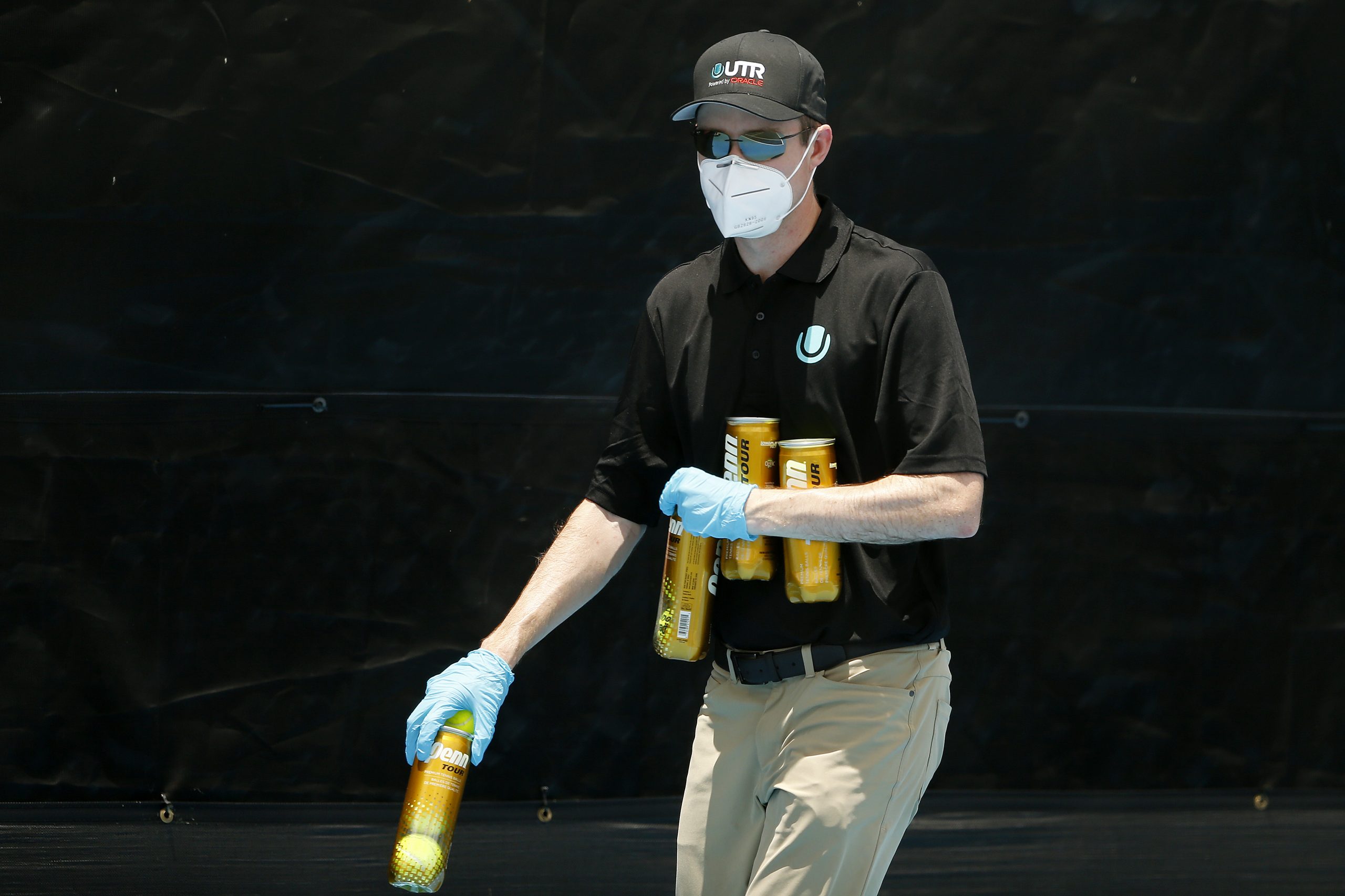 All onsite personnel, including the Tennis Channel crew, at the UTR Pro Match Series in May, were outfitted with necessary PPE, including safety masks and gloves.

The golf world was soon in full swing as the PGA TOUR resumed on CBS Sports, GOLF Channel, and PGA TOUR LIVE with the Charles Schwab Challenge in Ft. Worth, TX, in early June. Their efforts were the results of two months of solid planning that created a new production philosophy driven by social distancing and the need to minimize onsite production staff.

Right around the same time, sports viewers saw the return of live tennis productions in the U.S., as Tennis Channel served up the UTR Pro Match Series in early May. Tennis Channel would continue producing live tennis consistently in the months that followed — all the way through the US Open and French Open in September and October.

Top Rank Returns to the Ring, While UFC Sails to Fight Island 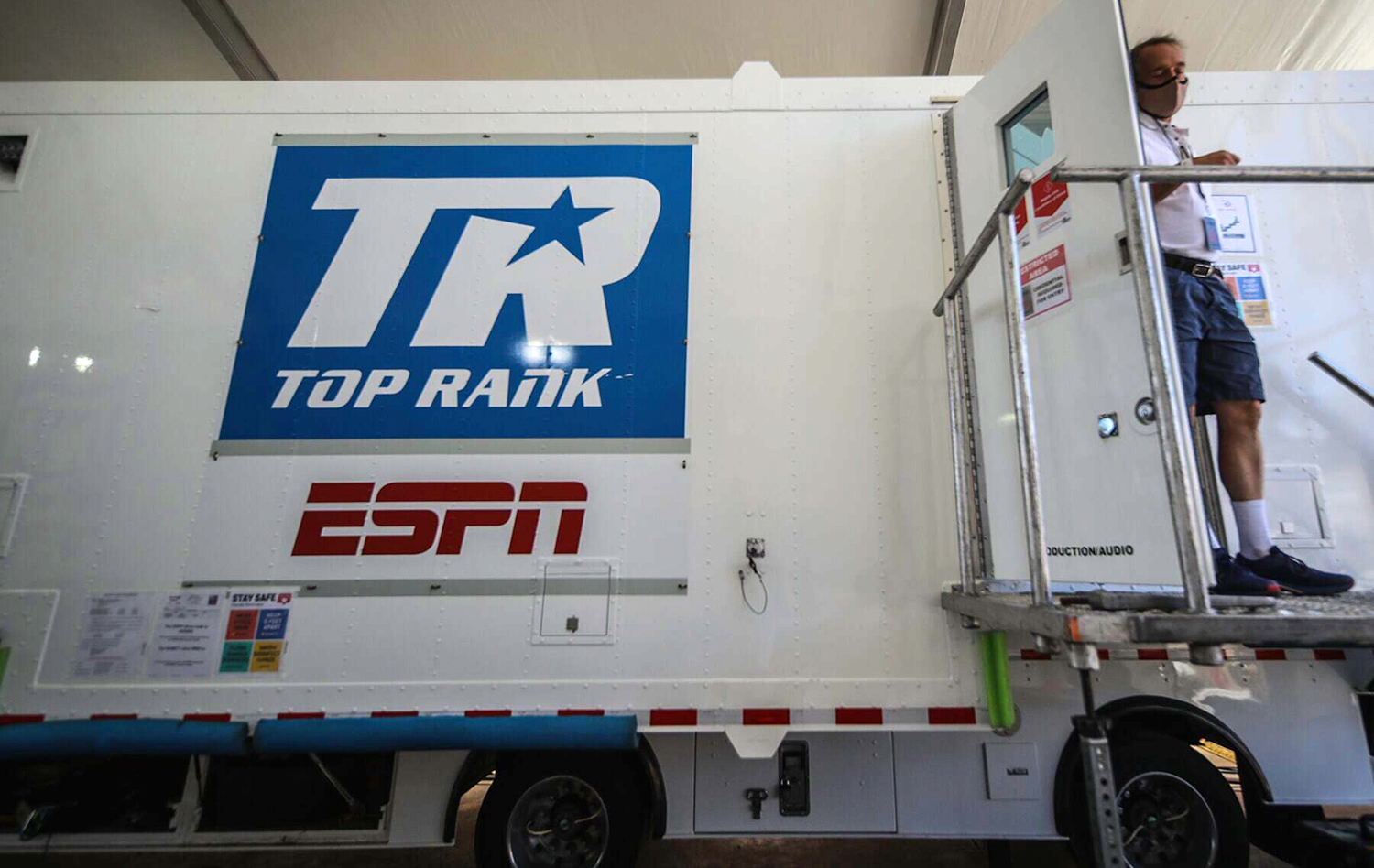 After a three-month hiatus, ESPN jumped back into the live-event production business with a series of Top Rank boxing fights at Las Vegas’s MGM Grand Conference Center. While ESPN carried the live-event torch the best it could during the early days of the pandemic — with telecasts ranging from the NFL Draft to English-language commentary of KBO baseball and even Cornhole — the Top Rank series opener on June 9 marked the first event fully produced by ESPN staff since the sports industry halted abruptly in mid- March. 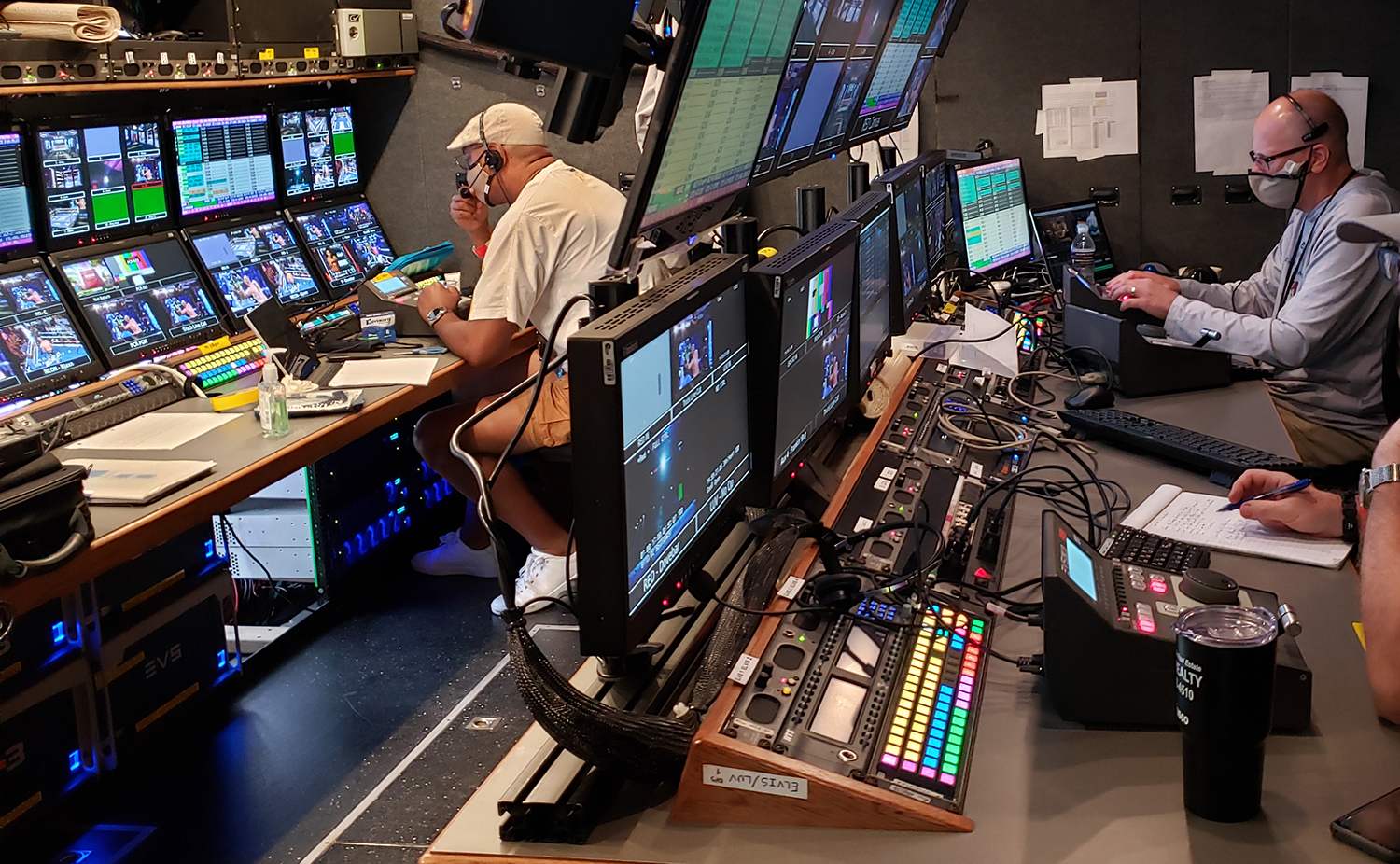 All ESPN operations in the truck and on the production compound were socially distanced in Vegas.

To limit the number of people onsite, ESPN used its “modified REMI” (remote-integration) production model for the fight productions. In this workflow, the director and TD were onsite inside NEP’s NCPX trucks, producing a line cut with replays that were sent to ESPN’s Bristol, CT, headquarters, where graphics, non-replay tape rolls, and commentary were integrated into the telecast. 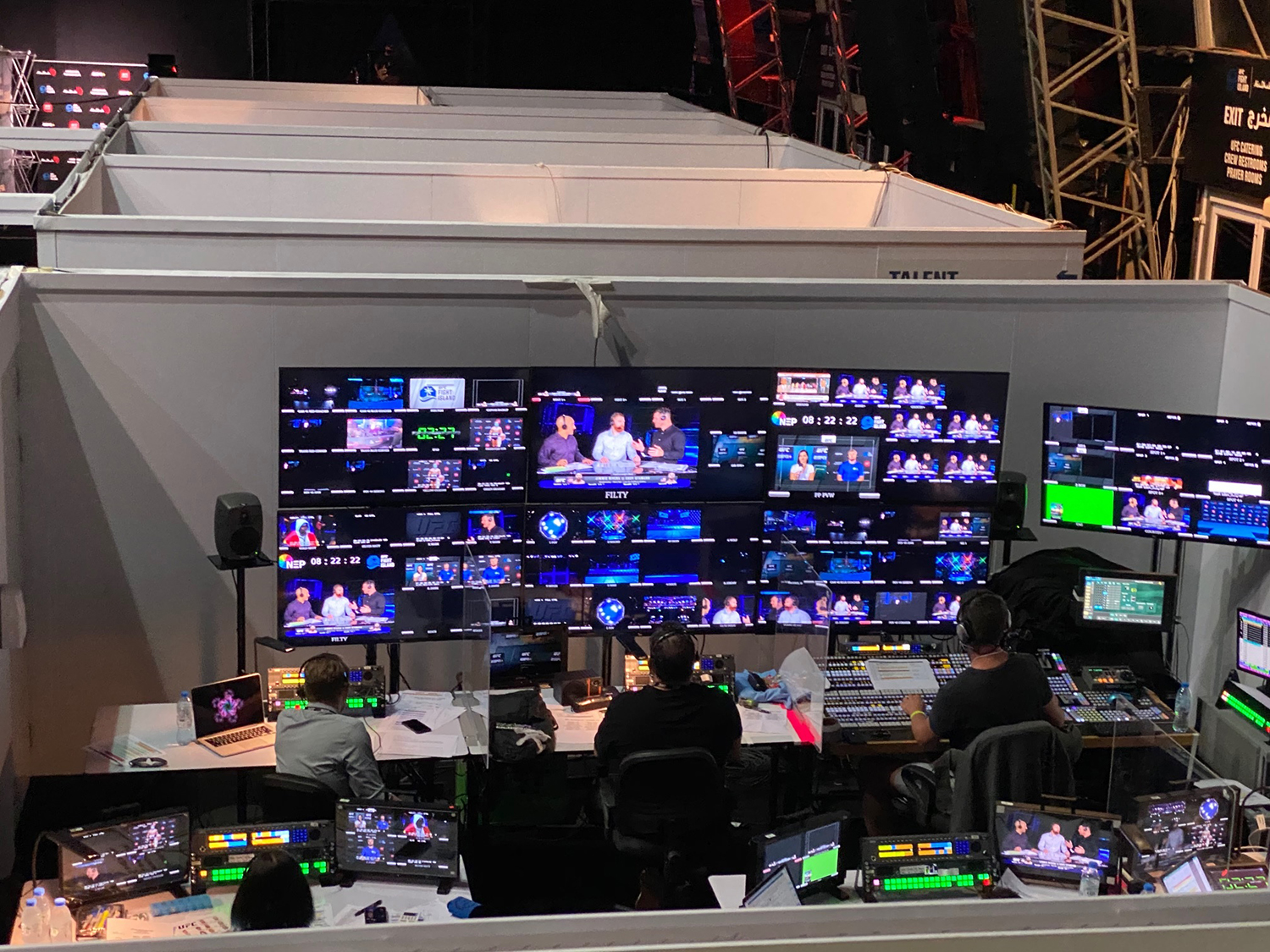 As part of its production, UFC created a series of modular production rooms inside the Flash Forum.

Just a few weeks after Top Rank’s restart, UFC’s much-hyped Fight Island officially kicked off with UFC 251, the first of four events held in two weeks at the one-of-a-kind compound created on Yas Island in Abu Dhabi. After first bringing back a short stint of fights in May, UFC’s production-operations team worked with NEP to create a broadcast center from scratch inside the Flash Forum in Abu Dhabi, the venue in which the fights are held, with a full quarantine bubble in place. NEP Singapore provided the flypack and additional equipment to create UFC’s BOC inside the Flash Forum, which comprised a main control room and separate rooms for tape, graphics, audio, and transmission.

The arena was essentially cut in half, with one half housing the Octagon and performance spaces and the other housing the production facilities and warm-up areas for fighters. With peak temperatures breaking 100°F on a daily basis, outdoor production facilities were not an option. The climate-controlled environment kept crew and equipment safe while also allowing for separate rooms to create a COVID-safe environment for production teams.