For CBS Sports, the 2020 NFL season will conclude with Super Bowl LV on Feb. 7 at Raymond James Stadium in Tampa, FL, and a playoff stretch that will feature field-level camera angles never seen before and new shooting styles and methodologies. And Sunday’s Nickelodeon simulcast of the game between the New Orleans Saints and Chicago Bears will give the playoffs a fun start, with a production taking advantage of AR technology and more to allow kids to see a broadcast geared to them. 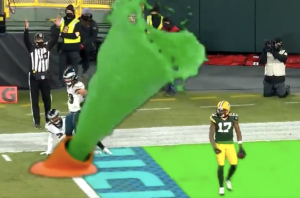 “It will be all things kids, but adults will get a good game, too,” says Shawn Robbins, coordinating producer, CBS Sports. “We have an experienced production team that knows the game of football first and foremost. It’s in our blood, so we won’t miss snaps or have jokes over the play. It will be a lot of fun, but the fun will be around what is most important, which is the game.”

Robbins became involved with the project in August when Rob Bagshaw, EVP, unscripted content, Nickelodeon, and the Nickelodeon production team laid out a vision for the game.

“They reimagined an NFL broadcast in the Nick style, with slime cannons and all of the characters you would envision,” Robbins says. “The CBS and Nickelodeon teams, especially graphics, have been working hand-in-hand on this project.”

SpongeBob, Slime, and Googly Eyes, @NFLonCBS and @Nickelodeon will present the NFL like you’ve NEVER seen it before on Wild Card Weekend.

“It has been one of the most fun projects I’ve worked on at CBS,” says Jason Cohen, VP, remote technical operations, CBS Sports, “because it’s so unique, so creative, and the sky is the limit [on] the elements.”

Cohen and the production team worked to ensure that all the technical components are in place to properly incorporate Nickelodeon-specific AR elements and a 1st & Ten line Nick-ified by SMT. 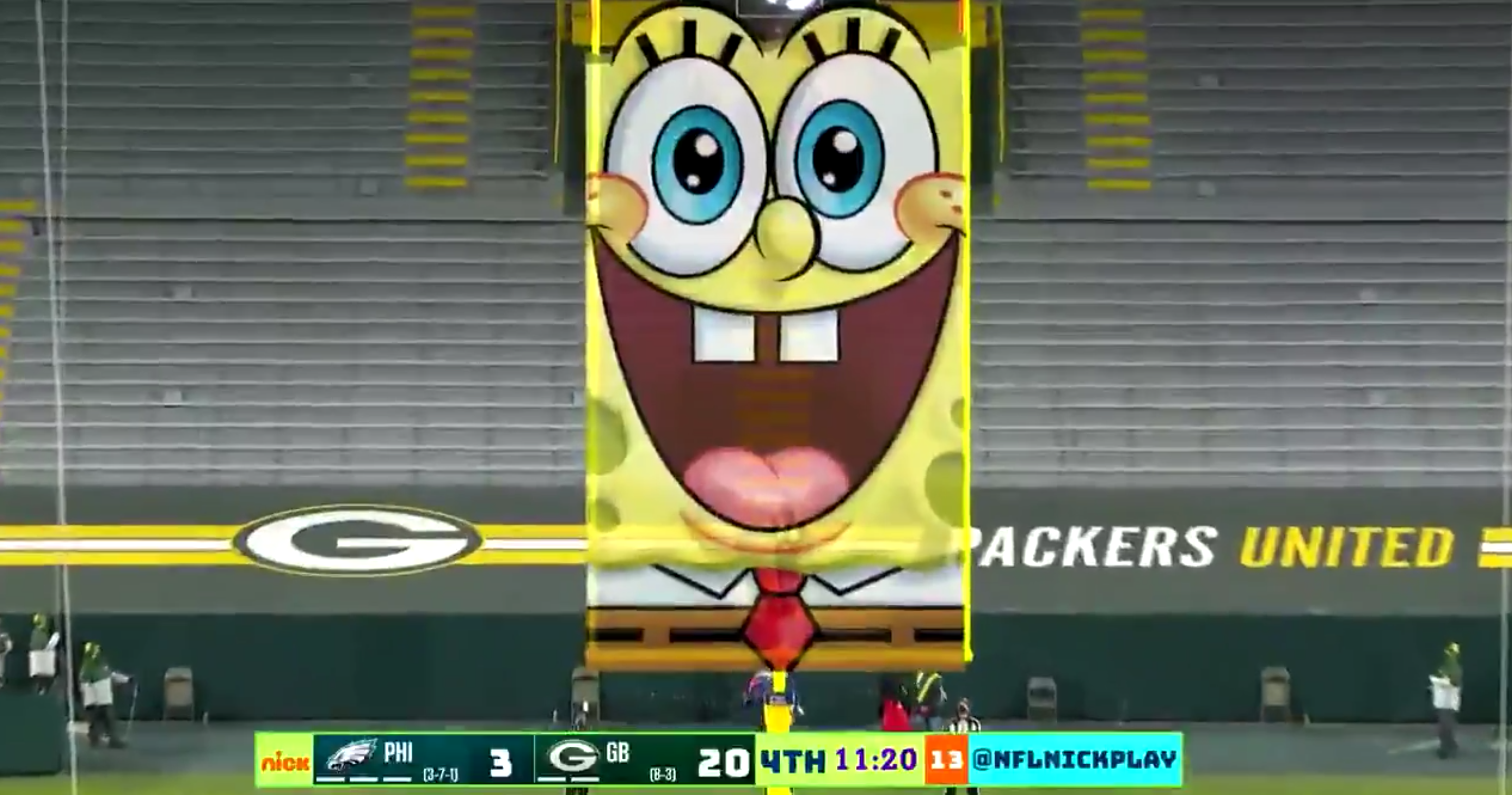 “There are hard and field-level cameras that will frame shots in certain ways,” he explains, “and then the Nickelodeon editors can take that footage and repurpose it with unique flair.”

For example, when a touchdown is scored, the Nickelodeon broadcast will feature AR slime cannons shooting out of the real-world pylons.

“After a touchdown in a regular show, Cameras 1 and 3 push in,” says Robbins. “But, on the Nickelodeon show, we lose the effect if the shot isn’t wide. Suzanne Smith came up with the idea of allotting cameras at the one and three positions just for the Nickelodeon show so the graphics can be seen the way the production team intended.”

The Nickelodeon show will have eight of its own cameras and five EVS replay servers as well as access to the 18 camera signals for the CBS show. 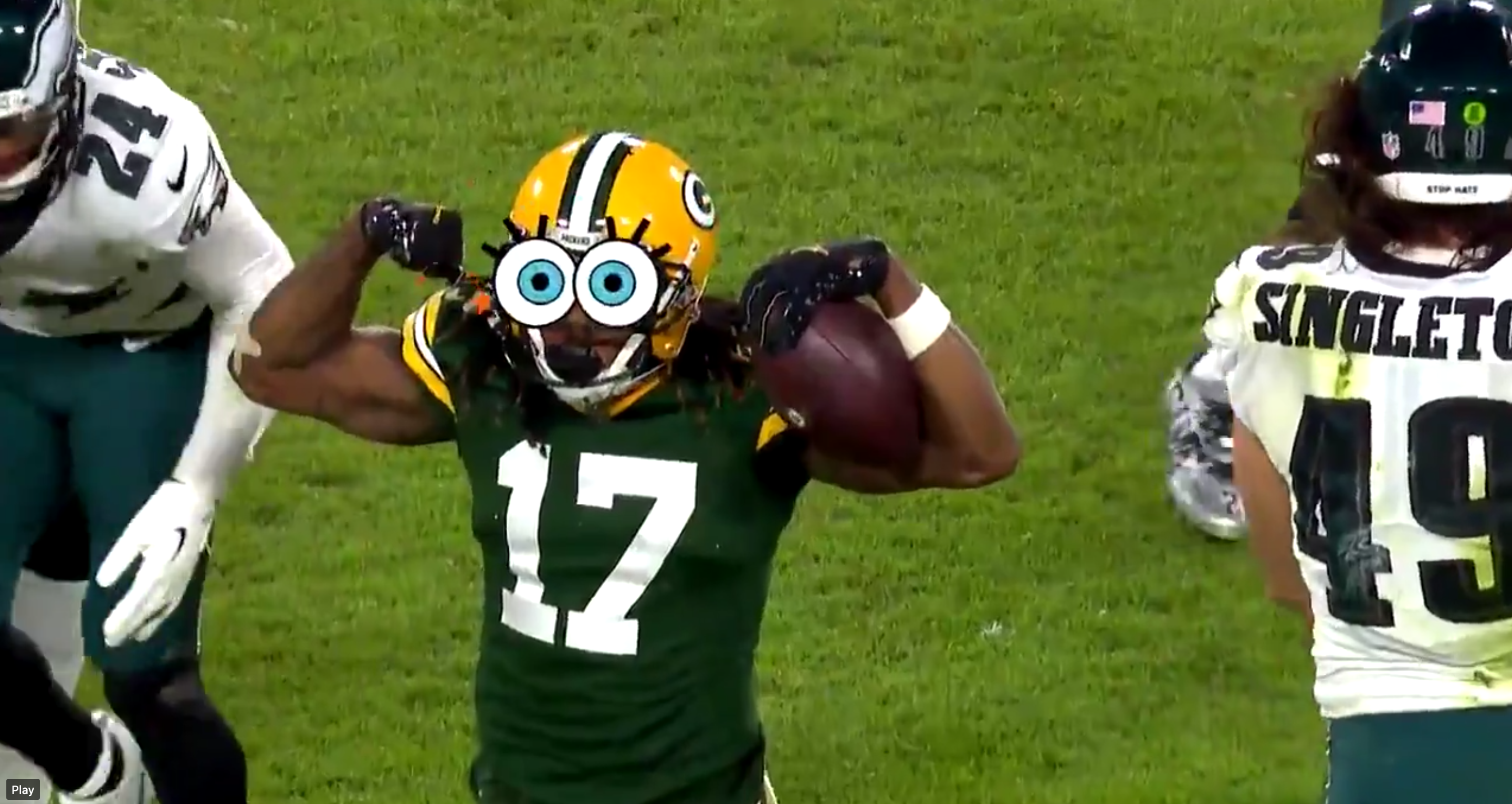 “We will also have three replay editors working remotely using Hawkeye,” says Cohen, “two working on the CBS show and the third on the Nickelodeon show.”

A Green Bay game on Dec. 6 served as a rehearsal, and Robbins says the functionality and workflows required between the trucks and the Nickelodeon graphics and editing teams were ironed out there.

During the process of coming up with elements, Robbins’s own kids, ages 12, 9, and 7, have been a test audience of sorts for various ideas. “They don’t know it,” he says, “but they have been a huge part of this process.”

The goal will be to not only entertain but also inform, and Robbins says play-by-play announcer Noah Eagle, analyst Nate Burleson, and Nick star Gabrielle Nevaeh Green, will have a unique chance to also educate.

“Nate is so excited to teach the game,” says Robbins. “He has three kids of his own and is also a high school football coach.” 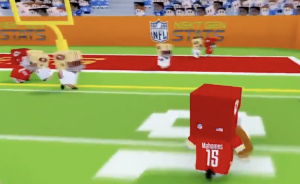 Halftime replays will have a truly unique look during Nickelodeon’s NFL playoff game on Sunday.

Halftime highlights also will have a unique look. NFL Next Gen Stats will allow animated “Blockie” characters (similar in look to Minecraft characters) to mimic the exact formations and routes run by the players in the real highlights.

As for the lasting impact of the broadcast, the production will exemplify a new way of working. For instance, clips will be moved to New York, where Nick editors will finish them and return them for use as bumpers, highlights, and more.

“We’ll see ways to implement that on a lot of broadcasts going forward,” Robbins points out. “Maybe not in a slime way but in a lot of ways. This whole production relies on technology, and it’s just another way to bring coolness to the game.”

The Sunday game will be the second NFL playoff game of the weekend for CBS. Saturday’s game between the Buffalo Bills and Indianapolis Colts will be produced out of NEP Supershooter 4, which will make its NFL playoff debut.