“As long-time partner and supporter of Tennis Canada, Sportsnet is proud to carry on the tradition of delivering world-class coverage of Canada’s top-tier tournament,” says Bart Yabsley, President, Sportsnet. “As the games’ biggest names – including Canada’s numerous young stars – return to the courts in Toronto and Montreal this season, we look forward to serving up the best courtside coverage and once again shine the national spotlight on Canada’s passion for tennis.”

As an English-language broadcast partner of the premier international tennis tournament since 2011, Sportsnet will continue to hit the courts in Toronto and Montreal to serve up the sights, sounds and superstars of the National Bank Open presented by Rogers, starting August 2021. 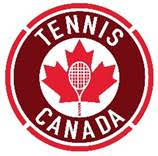 “We are thrilled to continue our broadcast partnership with Sportsnet, Canada’s #1 sports network,” says Gavin Ziv, Managing Director of the National Bank Open (Toronto). “During a time when it is more important than ever to rely on professional presentation and wide distribution of sporting events, we look forward to continuing our work to deliver the world-class tennis content Canadians have come to expect.”

The National Bank Open presented by Rogers is scheduled to return to action with the stars of the ATP facing off at the Aviva Centre in Toronto (Aug. 7-15) and champions of the WTA clashing at IGA Stadium in Montreal (Aug. 6-15). National cross-court coverage will air across Sportsnet’s TV platforms and stream live on SN NOW. Details of Sportsnet’s coverage of the 2021 National Bank Open presented by Rogers, including broadcast teams and schedule, will be announced in coming months.