Football, basketball, and baseball have all had their inflection points when it comes to venue sound, with professional and collegiate stadiums and arenas having largely made the jump from basic horn-loaded systems to something closer to concert-grade audio. Track and field venues, not so much.

At the University of Arkansas, however, that is changing. 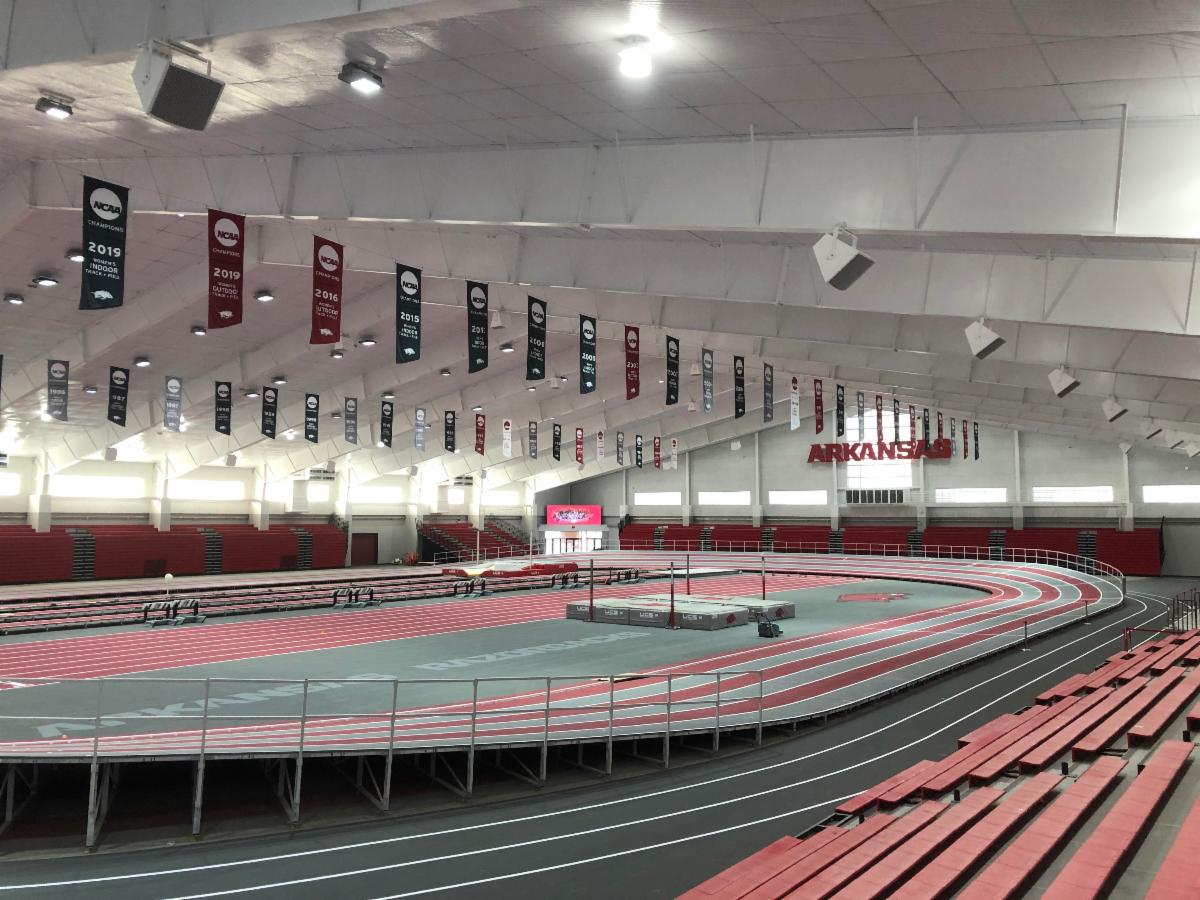 But Maland also has the Randal Tyson Track Center in his 20-venue campus portfolio in Fayetteville. Considered one of the world’s premier indoor track and field venues, the 5,500-seat, 200-meter/60-degree banked indoor track has hosted nearly two-thirds of all current NCAA Championship meet records and numerous world and U.S. records. And with indoor venues generally shut down by the pandemic, the Tyson Track Center has also taken on some professional track and field events, such as the recent American Track League’s 60- and 400-meter hurdles in January, broadcast live on ESPN and ESPN2.

Track and field venues are starting to get the same kind of sonic attention lavished on other sports venues.

Move to a Distributed Design

A nearly year-long renovation of the Tyson Track Center included a new sound system, with a design that shifted from the traditional center-hung horn cluster to a more acoustically efficient distributed system. Designed by consulting firm WJHW, the system features 27 Fulcrum Acoustic FH1566 full-range coaxial horn loudspeakers arrayed in a distributed pattern around the perimeter of the track, providing coverage for the bleacher seating. Eight additional FH1566 speakers were installed along the centerline of the infield and face straight down to provide coverage for the athletes on the track and the broad-jump pits. The system is managed and powered by QSC Q-SYS DSP and amplifiers.

The original sound system featured a center cluster of loudspeakers. Coverage and control from this system were inadequate, resulting in excessive sound energy reflecting off the ceiling and, thus, poor speech intelligibility. The primary goal for a new audio system was to improve coverage and control, thereby improving intelligibility of speech and clarity of music.

“We wanted to take the sound to another level, for the fans and for the athletes,” says Maland, adding that improving the inside-sound quality will have a beneficial knock-on effect for the broadcast audio. “The baseball, football, and basketball venues have all had their sound systems replaced or enhanced in recent years, because the fans have come to expect better sound for sports. Now it’s track and field’s turn, finally.”

WJHW System Designer Kevin Day considers the broadband pattern control from the FH1566 the right choice for the direct coverage sought with this project. EASE software modeling assisted with selection of correct horn patterns and location/orientation of the loudspeakers, essential to achieving proper coverage and intelligibility. 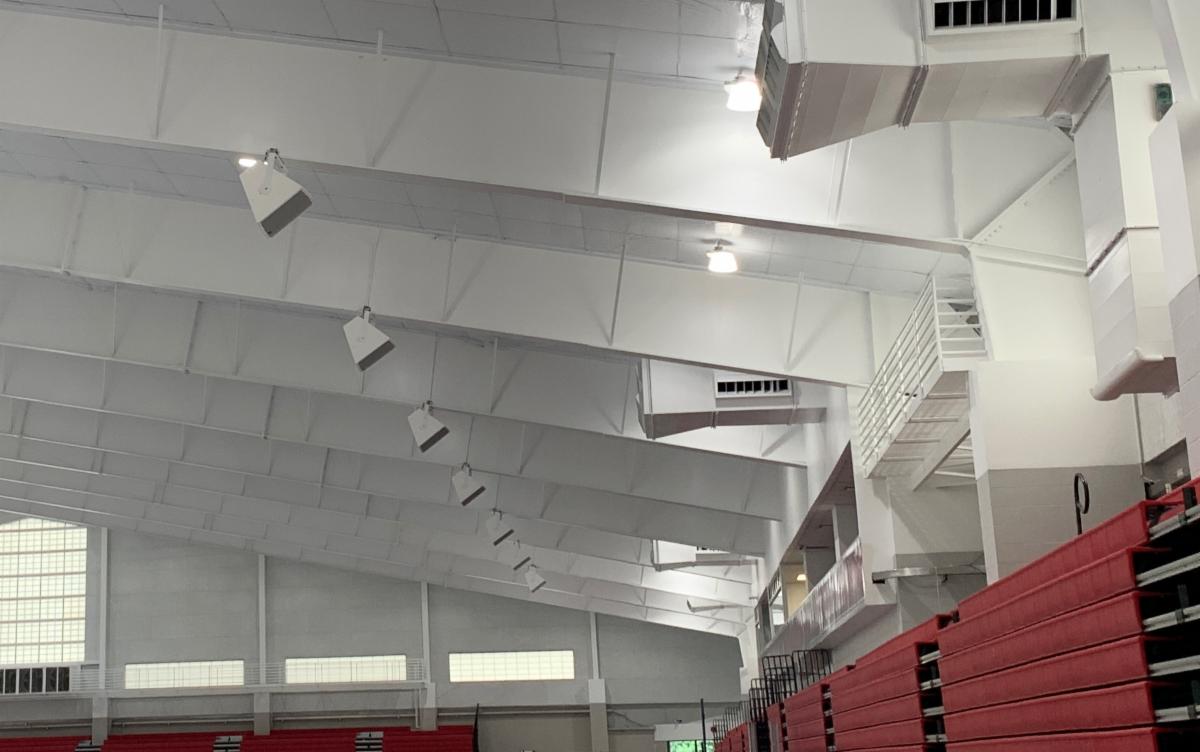 Fulcrum Acoustic loudspeakers arrayed around the perimeter of the track at Randal Track Center provide coverage for the bleacher seating.

“If it looks good in EASE,” he says, “we know it will sound great in the field.” The loudspeakers’ compact size, he notes, provides a clean aesthetic without interfering with sight lines from the elevated viewing positions along the side.

Maland acknowledges that track and field has trailed other sports when it comes to venue technologies, including sound, but has benefited from the significant advances in those technologies.

“The designers were able to come into an empty, quiet space” — per NCAA COVID rules, no fans are yet allowed at these events — “and tune the system so that it sounds amazing even with no one inside,” he says. “Once fans are allowed in, it’ll sound even better” because the system coverage keeps the PA’s sonic energy off the highly reverberant metal sides and roof of the building.

In the meantime, Maland says, the venue has experimented with pumping some artificial crowd noise into the PA system to help energize the athletes, something that has also been done at other campus sports venues.

“It’s all about creating the right atmosphere for everyone,” he says. “Track and field maybe was at a disadvantage for that in the past. Not anymore, not here.”