Tupelo Honey is celebrating the 25th anniversary of its founding this month. In March 1996, Cary Glotzer started the boutique production services company and named it after Tupelo, Mississippi, the hometown of Traci Duke, Cary’s wife. 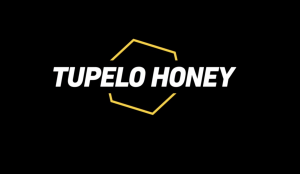 Over the past 25 years, Tupelo Honey has created or co-created tens of thousands of hours of high quality live and post-produced content and generated in excess of $500 million including its investments. Based out of Indianapolis, Tupelo now has offices in Nashville, New York City, Atlanta, and Charlotte.

“We are proud and excited to celebrate our 25th anniversary,” says Glotzer, who currently serves as CEO and Chief Content Officer. “Tupelo has been influenced and inspired over the years working with industry legends Mike Weisman, Hilton Howell, Mike McCarthy, John Filippelli, Chris Bevilacqua, Pat LaPlatney, and Rick Ray. This milestone is a tribute to them, as well as our vast client base over the years. We are especially proud how our family of staff, announcers, and freelance community have created incredible content across all platforms, many of which did not exist at Tupelos founding. Through it all, we have created an amazing work culture at Tupelo that enables and fosters these amazing achievements.”

Today, Tupelo is wholly owned by Gray Television, one of the largest television broadcast companies in the country. Tupelo was originally acquired by Dave Checketts’ Sports Capital Partners in 2007. In 2012, Raycom Media purchased Tupelo, before merging with Gray Television in January 2019.

“Tupelo has produced first-class content over the past 25 years for all types of platforms,” says Pat LaPlatney, President and Co-CEO of Gray Television. “Cary, John Servizzi, Greg Weitekamp, and their team are truly best in class. I look forward to the next chapter of growth for its client base in the sports, entertainment, news, and music sectors.”

Tupelo’s purchase of Webstream Sports from founder John Servizzi in 2015 significantly upgraded the capabilities of Tupelo Honey to include alternative mobile and REMI production models that maintain high quality and deliver cost effective productions for linear, digital and streaming platforms. Webstream executives Servizzi and Greg Weitekamp have led the Tupelo team after that acquisition. They drove Tupelo’s investments in its state-of-the-art REMI facility in Indianapolis, which enabled Tupelo to be fully prepared for remote production when the pandemic arrived last year. The facility utilizes LiveU, TVU and LTN platforms, and enables live broadcasts of multiple remote events simultaneously.

Tupelo has co-created and launched several original programs over the past two years on different platforms, including most recently Full Court Press with Greta Van Susteren, The Song: Recorded Live at TGL Farms, and The Southern Weekend. Previously, through a joint venture with industry executive and series creator Michael Yudin called MY Tupelo Entertainment, MY Tupelo created and produced multiple high-rated reality television series including Travel Channel’s Ghost Adventures. Stephen Wallen, 18 years with Tupelo and an original partner in Tupelo, oversees all series production.