Super League Gaming is continuing their existing partnership with Topgolf Entertainment Group to broadcast a series of World Golf Tour by Topgolf (WGT) competitive events. These events, streamed live across digital platforms, bring together avid golf fans, celebrities, and professional athletes — connecting everyone through their love for the game of golf. 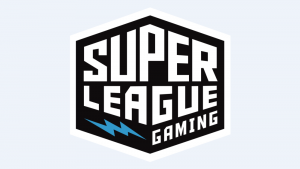 Since the Fall of 2019, Super League has produced the monthly WGT Live Series broadcasts, providing the Topgolf experience to fans no matter where in the world they are located. The live streams, powered by Super League, have seen wide-ranging success and continue to garner a global audience of viewers throughout 107 countries, with 82% of viewers between the ages of 18 and 44. The success of the WGT Live Series has spawned multiple special WGT competitions supported by a wide variety of world class brand partners, with accompanying broadcasts also produced by Super League.

WGT has experienced explosive growth in engagement in 2020, with the game now available on new platforms, such as Steam, and having been downloaded by more than 28 million players worldwide. The elevated level of gameplay has inspired Topgolf to an increased commitment to original content creation centered around what fans and gamers alike are craving – more competitive golf, including when gameplay is online.

“Topgolf continues to be one of Super League’s most important and exciting partners,” says Matt Edelman, Chief Commercial Officer at Super League Gaming. “We have a shared belief in celebrating play through fun, accessible, competitive experiences that are brought to life through premium content. WGT Live Series is a perfect example, having become one of the premiere live event broadcast series in virtual golf worldwide.”

“Super League has helped elevate WGT broadcasts to a new level of professionalism and quality,” says Director of Marketing, Ashley Groth. “Extending our partnership into 2021 will bring even more opportunities to showcase the great skill and spirit of WGT players while also producing engaging content for our fans, customers, and partners.”