CBS Sports’ McManus: ‘Nothing we have done since the pandemic began has been more complex’

It’s a full year into the COVID-19 pandemic, and sports-media companies have successfully handled their fair share of major live productions. Even so, for the top executives at CBS Sports and WarnerMedia, this year’s March Madness is the most challenging. 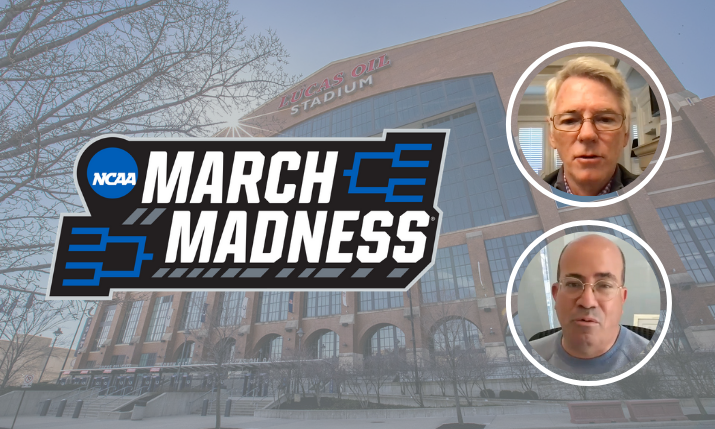 “There’s nothing we have done since the pandemic began,” said CBS Sports Chairman Sean McManus during a media call with WarnerMedia News and Sports Chairman Jeff Zucker last week, “that has been more complex than the NCAA Tournament.”

Beginning today, after having been canceled last year, the NCAA Division I Men’s Basketball Tournament will be televised across four national television networks – CBS, TBS, TNT, and truTV – and streamed via NCAA March Madness Live. It marks the tenth time, the two media giants have joined forces to broadcast the event.

It will be different this time around, no doubt, with the entire tournament played in front of minimal audiences at various venues across the Greater Indianapolis Area. Despite the single-city location, CBS Sports and Turner Sports are planning to have 10 discrete production and announce crews onsite, which is actually an increase over those typically deployed on the tournament’s opening weekend.

For McManus — whose team has already broadcast a Super Bowl, a full slate of NFL and college football, Masters golf, and a whole lot more this year — the number of crews and amount of programming (which will have many crew members working 11- to 12-hour days) make March Madness 2021 the company’s greatest post-pandemic feat to date.

Despite the tall task ahead, both men are thrilled to be back at the event, which was the first major U.S. championship event to fall victim to the coronavirus pandemic.

“Sometimes you don’t appreciate what you have until it’s taken away from you,” said McManus. “Regrettably, a year ago, the NCAA Tournament was taken away from us, and it was heartbreaking. It’s an event that is foundational to CBS Sports. Our partnership with Turner is working better than ever, and we were very saddened to lose it. To have it back is like waking up on Christmas morning, to be honest with you. It’s just so much fun.”

Zucker concurred: “We are excited to be here, even if it’s not the exact same format that we’ve seen in past years. We’ve learned so much through the past year in bubbles, and we’re ready to go.”

From a production standpoint, there are plans for more robotic cameras on top of the baskets, there will be a completely new graphics package and scorebug (originally scheduled to roll out in 2020), and, for the first time, the on-court virtual shot clock will be used on the live broadcast.

“We’ve innovated so much over the last 10 years,” said McManus, “that there’s only so much left that you can do. It’s going to look and feel like a big-time production as it always does.”

The NCAA Division I Men’s Basketball Tournament begins today, with the NCAA First Four on truTV and TBS. The NCAA Final Four National Semifinals in Indianapolis will air on CBS on Saturday, April 3; the National Championship, also on CBS, will air on Monday, April 5.