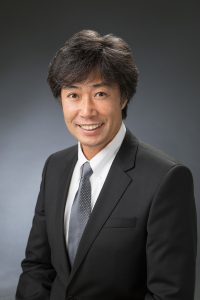 In his new role with FOR-A America, Kanemura will spearhead the company’s growth into new and existing markets, such as remote and live event production, distance learning, and worship applications.

“During the past year as broadcasters, the film industry, education and houses of worship have been challenged to move to a “new normal” including remote, immersive, and cloud operations, the technology provided by FOR-A Company has been a key component of many successful productions and events,” says Kanemura. “FOR-A’s strong team and leading products position the Company to continue its growth in North and South America. I’m excited to be taking over the leadership of FOR-A America at this pivotal time.”

FOR-A products support 4K and 8K, 12G-SDI, HDR and video-over-IP workflows and FOR-A recently deployed a single link 12G infrastructure built around its equipment at the New World Symphony in Miami. Its range of digital switchers has provided the flexibility needed by small and large live event producers across the U.S. to pivot to alternative programming during the past year’s COVID-19 restrictions. FOR-A has also been providing Japanese television broadcasters’ 8K technology for the past two years and will be doing so for the rescheduled 2020 Tokyo Summer Games in August. FOR-A has been awarded three Technology & Engineering Emmy Awards.

“Mr. Kanemura’s deep relationships and knowledge of what the Hollywood community, broadcasters and live event producers are looking for right now will prove invaluable to FOR-A’s growth in the Americas,” says FOR-A Corporation President and Representative Director Katsuaki Kiyohara. “We’re thrilled to have him leading our efforts. He is an ideal fit for this position, particularly as we begin to face new business realities in our industry after the pandemic.”