Forging Their Own Path: Inside YES Network’s New Streaming App

The modern digital sports fan has more control over how and when they consume live game content than ever before. Building a customizable, personalized, easy-to-use experience has proven a critical component for success in today’s media ecosystem.

That’s a major reason why it was such a unique and special moment for the team at the YES Network, who, in March, launched a brand new mobile app of its own, built to serve authenticated subscribers all of the content they could want. 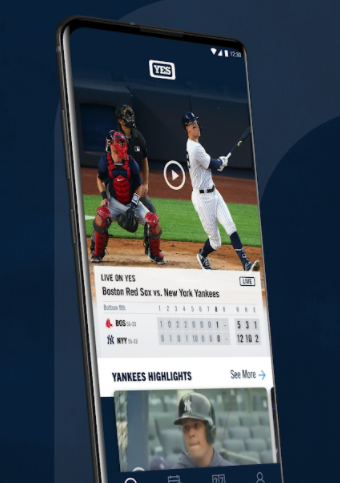 This is the first YES Network app in the history of the broadcaster that offers live game video and replaces the previous authenticated live streaming destination for YES Network properties, the FOX Sports Go app.

When Sinclair Broadcast Group took over the previously-owned Fox Sports regional sports networks and rebranded them as Bally Sports, it opened the door for YES Network – which is now primarily owned by Yankee Global Enterprises, Sinclair, and Amazon – to go their own route.

“This was an opportunity for us to control our own destiny,” says Kevin Sullivan, Head of Digital Media for YES Network. “For the first time, we were in charge of every single angle of this thing. We’re in charge of the feature set, the design, the content, the technology. To be able to control our own destiny has been one of the most exciting things.”

The design for the app is vivid and colorful, showcasing large images and logos. Users can personalize their experience by picking their favorite teams (YES Network’s team partners include the New York Yankees, Brooklyn Nets, New York Liberty, and New York City FC), which prioritizes that content for them within the app.

“We were looking to make the experience as immersive as possible,” says Sullivan. “Let’s hit them over the head with a killer design. That was important to us. We needed to nail the design. We needed to be big. We needed to be bold. I think we accomplished that. Sports are visual. Sports are emotional. Nothing tells the emotion of the sport or the action more than a photo.”

In building the product, YES partnered with the Toronto-based application developer, Clearbridge Mobile. On the backend, YES is sending a 720p feed of all live video content through a video player built upon iStreamPlanet – one of the industry’s top OTT video delivery technology companies. iStreamPlanet’s platform has also carried other live sports juggernauts like the Olympics, NCAA March Madness Live, and the Super Bowl.

The ability to offer its viewers a more personalized experience within its own app is having a tangible impact on live viewership for YES Network. One tactic that is helping is the deployment of targeted push notifications. 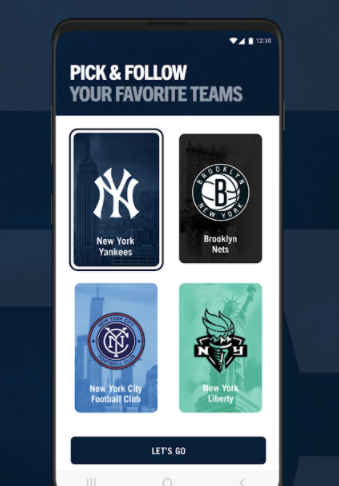 Personalization and customization functionalities in the app allows for fans of the YES Network’s four team partners to prioritize the content that matters to them.

“We felt it was important to create a relationship with our customers and fans of our teams,” says Matt Duarte, Head of Strategy and Business Development for YES Network. “We can build that relationship and we didn’t have that ability before with Fox Sports Go. I think through push notifications and understanding the trends in viewership habits of different feeds and VOD content, we can make a much more customized and flexible experience for the users.”

The app is also a useful way to consume multiple games at once when the Yankees, Nets, NYCFC, and/or Liberty are playing simultaneously. The app offers the ability to watch up to three live feeds at once. It also makes for a cleaner packaging for the network. Instead of sending viewers to an alternate linear cable channel buried somewhere else on their guide, all live games can be streamed in one place.

Also, in a hidden gem for Nets fans, the app makes available “Mobile View,” the unique mobile-friendly cut of a live game produced by the NBA that has, up until now, only been available to subscribers of NBA League Pass.

Both Sullivan and Duarte acknowledged that its still very early days for the app and there’s plenty more to be worked on to improve the overall experience.

“The reception after launch: we were blown away,” says Duarte. “The traction, the numbers of the people who were using it. It energized Kevin and myself to fill out the road map even more. We feel like the stewards of this brand. We are going to build out the best and most comprehensive customer experience that we can.”