The goal is quick and easy creation of immersive mixes

Calrec has launched a free educational training module for mixing live broadcasts in Dolby Atmos using its Brio console. The modules explain how to create and monitor immersive mixes with a variety of inputs quickly and easily on the compact console. 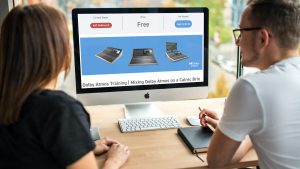 The Dolby Atmos training module can be accessed at Calrec’s Sound Institute website.

“Mixing in Dolby Atmos enables the [user] to place an audio source freely within a three-dimensional environment — not only within a 5.1 or 7.1 bed but also overhead,” said Henry Goodman, director, product development, Calrec, in announcing the launch. “Many larger consoles have features which make this easy, but assistive features on smaller desks can also help reduce the workload when it comes to NGA mixing for live broadcasts.”

Calrec noted the increased use of Atmos for sports. For example, NBC Sports has been using the technology to produce sports events since 2016, and all tier-one football matches in the UK — as well as cricket, basketball, boxing, tennis, and even darts — have been produced in Dolby Atmos by European broadcasters since 2017.

The company also offered comments by A1s who have mixed broadcast sports in Atmos in the U.S.

“One of the things I love about Calrec and Dolby Atmos is how easy it is to set up,” said ESPN Senior Audio Mixer Stevie Kaura Jr. “With Calrec, you just follow the instructions, and, as long as your speakers are patched correctly, hey, presto! Dolby Atmos. I also love the creative freedom Dolby Atmos provides. You can take a moving graphic that has noise associated with it and go to town by flying the noise almost anywhere. Does stereo still exist after Dolby Atmos?”

Josh Daniels, audio mixer for NBC and the NHRA, offered, “Mixing in Dolby Atmos heightens the experience of live television production. I enjoy being on the cutting edge of technology, and, with Dolby Atmos, that’s exactly where you’re at. Mixing NHRA drag racing has been a great experience for me and being able to do that in Dolby Atmos has given me a better appreciation for what I do. I’m trying to bring people the punch that Nitro cars deliver on every pass. Being part of creating and developing technology that pushes us to the next step is an amazing feeling.”

The free training is available at Calrec.com/calrec-sound-institute