Crews in Bristol, CT, and onsite in Maryland and Connecticut will deliver live coverage of both the NCAA Women’s and Men’s Final Four this weekend, with both fields featuring the North Carolina Tar Heels as top seed.

The productions and operations team are spotlighting their coverage with Skycams at both venues and offering viewing options allowing the entire game to be viewed from the Skycam angle. 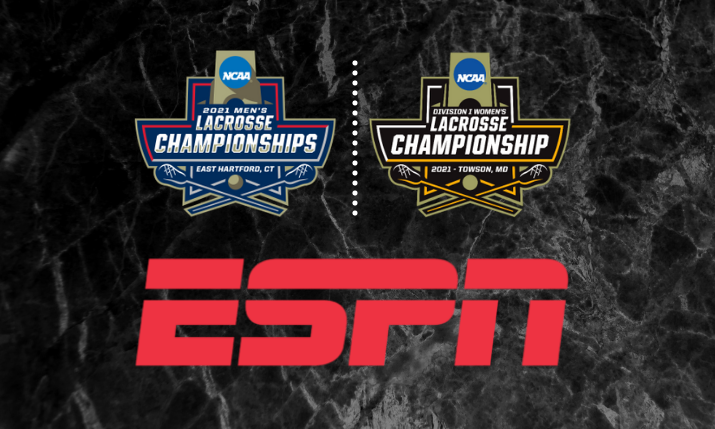 The weekend is a culmination of a challenging year that has seen ESPN deepen coverage of the collegiate game.

The Women’s Championship kicks off the weekend-long festivities on Friday with an afternoon doubleheader on ESPNU. No. 1 and undefeated North Carolina takes on No. 4 Boston College at noon ET followed by No. 2 and undefeated Northwestern against No. 3 Syracuse at 2:30 p.m.

ESPN’s camera complement at Johnny Unitas Stadium in Towson, MD, includes numerous robotic Marshall cameras and the Skycam. Viewers will be able to stream the NCAA Women’s Lacrosse Championship SkyCast — a broadcast that makes the Skycam the primary game camera angle — on ESPN3 and the ESPN App.

On the audio front, plans call for microphones on game officials for all three games. The title game is slated at noon on Sunday, May 30 on ESPNU. It will also be available in Spanish on ESPN3.

Heading the production will be producer Adam Coppinger and director Brett Lancaster.

The Men’s Championship could have an undefeated champion of its own. No. 3 Maryland enters the weekend with the chance to become the first champion to go unbeaten since Virginia in 2006.

The event at Rentschler Field in East Hartford, CT, faces off on Saturday on ESPN2 with top-seeded North Carolina vs. No. 4 Virginia at noon and Maryland battling No. 2 Duke at 2 p.m.

Three specialty Marshall cameras are being deployed, including a POV inside each goal.

NCAA Men’s Lacrosse Championship SkyCast is a tradition for this event. The game can be watched from the Skycam will normal broadcast replays woven into the live cut. This year’s SkyCast can be streamed on ESPN3 and the ESPN App.

The men’s Final Four audio crew will be placing microphones on officials for all three games.

The National Championship will air on ESPN2 at 1 p.m. on Memorial Day. Both the first semifinal on Saturday and the title game on Monday will be available in Spanish on ESPN3.

The front bench will be occupied by producer John Kettering and director Aladdin Freeman.

Collegiate lacrosse has long been a labor of love at ESPN. The sport has a rabid niche following, and its production and operations crews have embraced that passion to bring new depths of coverage in this challenging, COVID-ravaged season.

Behind the scenes, ESPN’s team is helping support both tournaments this weekend with operations overseen by Dick Mullen, Donna Capone, Paula Grahame, and Tom Gianakos.

ESPN’s college lacrosse team may be small, but it’s mighty. John Kettering oversees men’s game content, and Niki Rachal spearheads women’s content. Ryan Fullam heads up graphics for both sides, while Olivia Mulvihill and Jess Todd support crews working at both venues and at ESPN’s home in Bristol. Trevor Bray, Alex Wheat, and Dan Kole manage much of the day-to-day responsibilities throughout the collegiate lacrosse season.

This season, ESPN enhanced exposure for the women’s game with the introduction of the halftime segment called Sound On With Tari and Amari. The show features U.S. Lacrosse Lead Clinician Tari Kandemiri and Amari Pollard, a master’s candidate at UNC Hussman School of Journalism and Media. That segment is produced and edited by Heather Lee Claggett and Anne Sexton Goff.