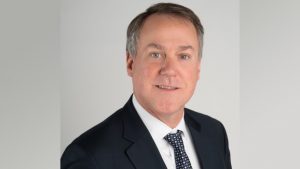 “Burke is a talented leader and collaborative colleague who has been instrumental in guiding ESPN through what has undoubtedly been one of the most challenging and critical periods in our history,” says Pitaro. “He is an industry-leading programming strategist who continues to take on new challenges with his signature combination of relationship building and creativity.”

Magnus is responsible for all programming and rights acquisition and scheduling, and, as of November 2020, added oversight of ESPN and ESPN+ original content development and scheduling (including ESPN Films and 30 for 30 franchise). In his role, Magnus is responsible for rightsholder relationships, content strategy and cross-platform programming rights acquisition/scheduling on a global basis. He is a key driver of Disney’s Direct-to-Consumer priority, including ESPN+, through his team’s close collaboration with DMED (Disney Media & Entertainment Distribution).

He has guided ESPN and The Walt Disney Company through one of its most active and notable sports rights acquisition periods. He helped drive new, cross-platform (linear, direct-to-consumer, digital, social, etc.) agreements and/or extensions in recent months with the NFL, MLB, NHL, SEC, LaLiga and more. Additionally, he led a programming team that collaborated with numerous league, conference and event partners to navigate the postponement, cancellation and rescheduling of thousands of events across ESPN platforms in the aftermath of the COVID-19 outbreak during the past 15 months.

Magnus, a member of Disney’s CEO Diversity and Inclusion Council, joined ESPN in 1995 as a program associate, and has held various programming department positions since. A native of Ridgewood, N.J., Magnus graduated from College of the Holy Cross with a bachelor’s degree in history and then received his master’s degree in sport management from the University of Massachusetts.