At this time last year, production and operations crews for NBA on ESPN were in the early stages of a completely unprecedented project: the NBA Bubble.

Nearly one year to the day after the first exhibition game at the ESPN Wide World of Sports In Orlando, ESPN will be onsite at a raucous Fiserv Arena in Milwaukee for Game 6 of the NBA Finals (9 p.m. ET, ABC), as the Milwaukee Bucks look to secure the franchise’s first title since 1971. 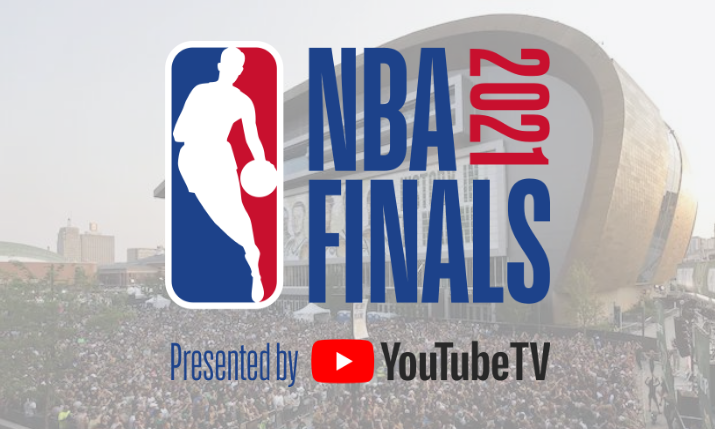 For those keeping score, that’s well over 365 straight days of planning and execution for an ESPN operations team dedicated to bringing the NBA to the global sports-viewing masses. And the stretch actually won’t end until the conclusion of the NBA’s Summer League in August.

“We’re concerned with our people front and center,” says Mike Foss, senior director, remote operations, professional sports, ESPN. “It has been a non-stop freight train. This is a tremendous level of commitment: time on the road, time away from families. It’s a positive, uplifting experience to see the level of dedication from our teams [onsite]. While we celebrate where we are and where we’ve been, I’m always concerned about the fatigue and the personal situations of the hundreds of people who support this event.”

The unique set of circumstances of last year’s Bubble allowed ESPN to experiment with some cool production enhancements, such as embedding microphones into the playing surface and installing a rail cam at courtside, which are not (currently, anyway) replicable in an NBA arena full of fans. Some takeaways from that experience, according to Foss, have been applied to overall NBA broadcast operations: most notably, more-aggressive deployment of robotic cameras. The overall camera complement for the game broadcast features 15 robos, positioned in such places as under the basket and in the bowels of the arena for player entrances and exits.

“It’s not that we haven’t used robotics before,” Foss points out, “but I think we learned angles and are finding ways to leverage them more.”

The main arsenal includes high-end cameras, including a small increase in the number of Sony 4300’s and a combination of Sony P43’s and P50’s capable of shooting in 4K.

Also garnering attention at this year’s Finals is increased use of ESPN’s version of the shallow–depth-of-field camera whose use has been exploding across live U.S. sports television. ESPN’s rig – which has been deployed on other recent events, such as the College World Series and the MLB Home Run Derby – is a Sony Alpha1 mirrorless camera outfitted with a Canon EOS C500 lens. Both models have a MōVI stabilizing mount.

ESPN has mixed it up, not only using that rig for dead-ball shots of players on the floor but turning the camera around and pointing at fans in the stands. “Having fans back in the arenas is a celebration for all of us,” says Foss. “To engage them in that way and provide that kind of angle for our audience is a real positive thing.”

The return of fans to NBA arenas has certainly given this Finals television project a shot in the arm, and the matchup between the Milwaukee Bucks and the Phoenix Suns has fueled ratings success. And much of ESPN’s behind-the-scenes crew and all of its on-air talent are onsite for this series, which wasn’t the case when the playoffs began in mid May.

The broadcaster, however, is still regularly offering COVID-19 tests to its crew members and adhering to social-distancing protocols within the arenas and the adjoining production compounds.

That means that more facilities are needed to support the distanced personnel. Each arena has a four-truck setup dedicated to game production. Tuesday night, for Game 6 in Milwaukee, the compound features the A and B units of both Game Creek Video 79 (named for the founding year of ESPN and built for big-time events just like this) and Game Creek Video Spirit. The behind-the-scenes crew in Milwaukee is led by Senior Operations Specialist Eddie Okuno. Standing by in Phoenix — in case of a Game 7 on Thursday evening – are the four units of NEP EN1. Operations Specialist Phil Abrahams is holding down the compound there. Senior Operations Manager Patty Mattero, meanwhile, oversees both sites.

For the 14th consecutive year, the NBA Finals’ front bench is manned by producer Tim Corrigan and director Jimmy Moore. This series marks the final live event for longtime ESPN vet Moore, who is retiring.