GCV Anywhere has been used for 500+ events by YES Network, CBS Sports, and others

Since the early days of the broadcast shut down in March of 2020, Game Creek Video has been pioneering a new remote production platform designed to be endlessly scalable, uniquely customizable and above all, consistently reliable. The result of those efforts is a new platform called GCV Anywhere, which as already been leveraged by Host Broadcast Services for the CONCACAF Gold Cup and at nearly 500 events including regional sports productions with YES Network, NFL and college football productions with CBS Sports, and two major golf championships.

How It Works: The GCV Anywhere Remote Production Platform 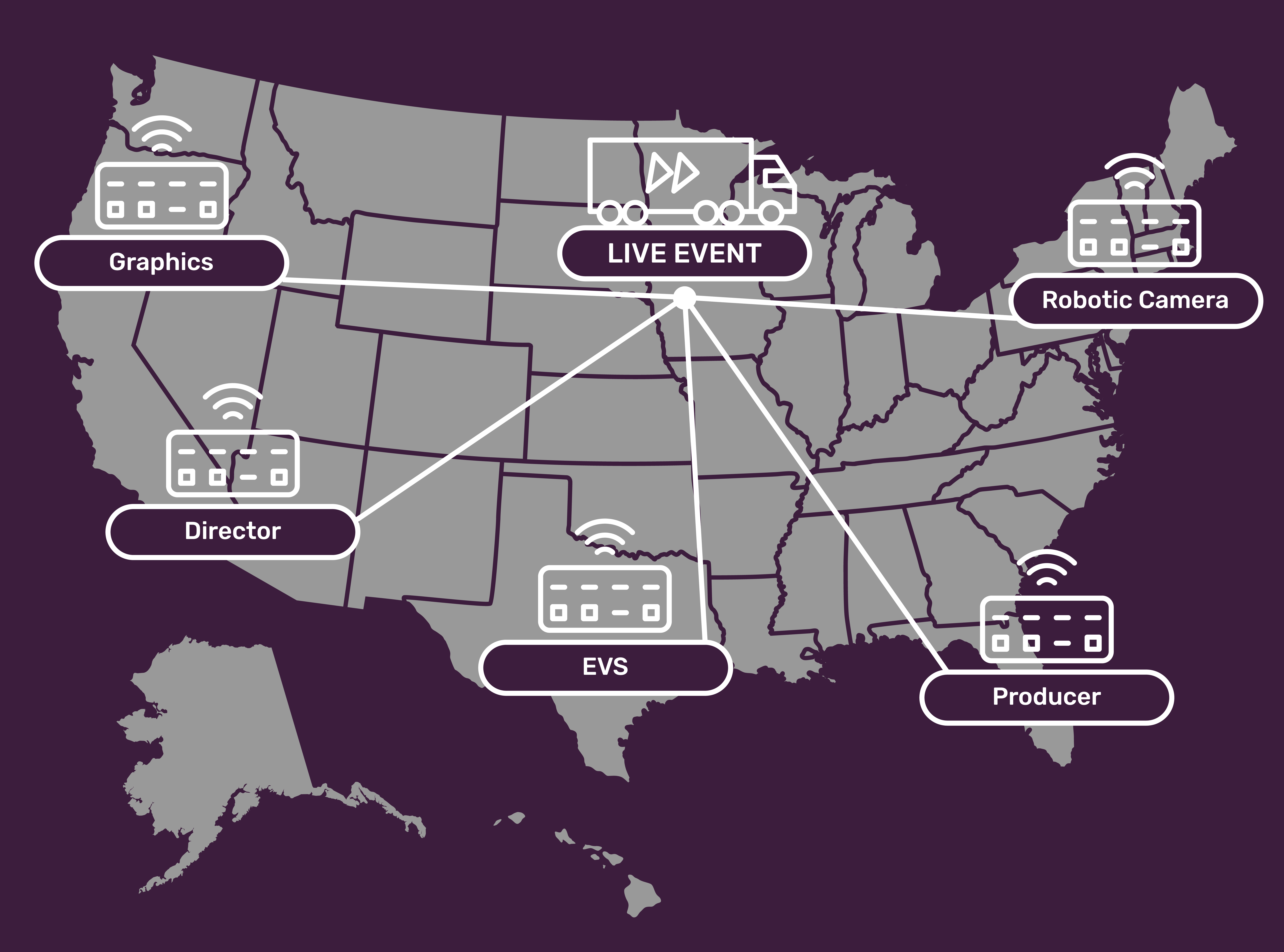 While remote operation and control has been a field of development in the live media production industry since as early as 2005, the pandemic sparked a new sense of urgency for the population of talented operators and content creators who endeavoured to get back to work producing live media for millions of viewers. Of those dedicated few, Game Creek Video led the charge by leveraging existing technology including secure network transport, low latency video encoding via Haivision SRT, RTS RVON Intercom connectivity, IP KVM, and Audio over IP, into a new platform designed to put people back to work safely and from a distance without any compromise to production quality or workflow.

Easily integrated into any production facility, across any network, GCV Anywhere was created to utilize public or private internet to promote remote control and contribution. Unlike other existing remote control platforms, GCV Anywhere is intended to provide connectivity without the expense of dedicated IP transport or networking, allowing operation from anywhere sufficient public internet is available.

“With GCV Anywhere, we’re solving the problem of how to conduct a production at a distance, from anywhere – leaving all the major production assets in place in the truck on site, while shifting production crew and operators back home,” says Game Creek SVP of Technology Jason Taubman. “The client can customize their workflow for the different operating positions, with GCV Anywhere as the centerpiece. It manages the bandwidth, video encoding and decoding, comms, and so on. That way, we can offer the client this transport piece in the middle, allowing them to choose the pieces they need on both ends. Additionally, to ensure the success of every event, we’ve established a dedicated support team focused on providing end to end technical support.”

A Proven Platform At Nearly 500 Regional, National and International Events 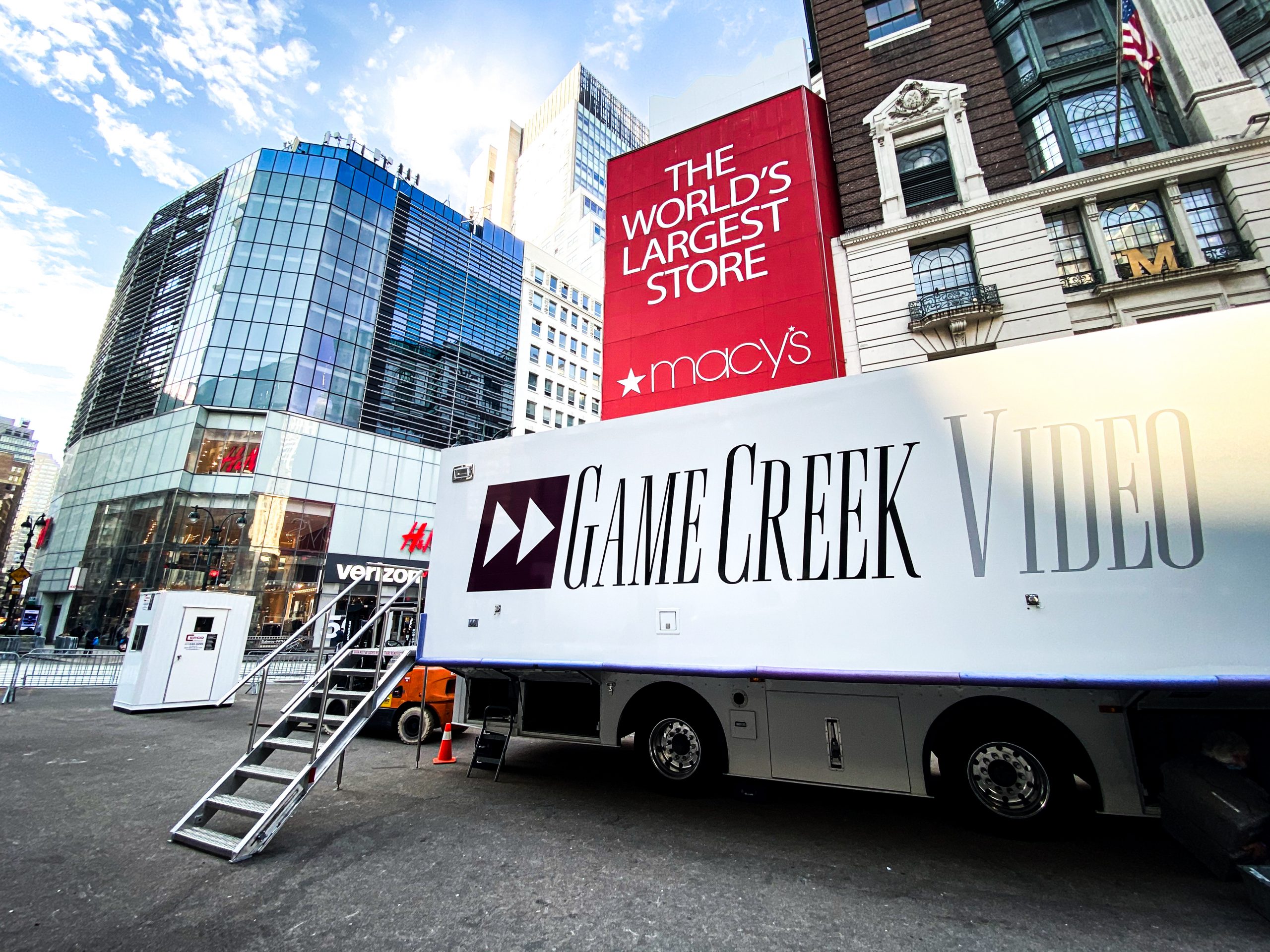 Since the Fall of 2020, GCV Anywhere has been deployed at nearly 500 events including various regional sports productions with YES Network, NFL and college football productions with CBS, two major golf championships in the Spring and Fall, the Macy’s Thanksgiving Day Parade Digital Show and the 2021 Season of American Ninja Warrior with NBC Universal.

Beginning in May 2020, GCV Anywhere’s first encoder and decoder kits were being built and tested, supported by the already heavily utilized remote contribution technologies that existed before. Game Creek’s first major deployment of GCV Anywhere was for CBS Sports and CBS Sports Network College Football and Basketball. With GCV Anywhere encoding kits deployed to mobile units in college venues across the US, a combination of producers, directors, graphics ops and announcers were performing their duties remotely from the GCV Anywhere enabled Freedom Broadcast Studios in Clifton,  New Jersey. In one of GCV Anywhere’s first successes, production staff were able to safely produce live media at a distance during the COVID-19 Pandemic.

Next, the YES Network utilized Game Creek’s GCV Anywhere platform at the New York Yankees Spring Training in Tampa, FL, with their centralized production hub in Stamford, CT. Since then, Yankees announcers have called nearly 85% of all regular season Yankees broadcasts from the comfort and safety of their homes over 500 miles away.

As the platform grew, Game Creek engineers refined the technology and expanded its capabilities for major golf championships in the Fall of 2020 and the Spring of 2021. GCV Anywhere transported contributions directly from the homes of the announcers back to the golf course. 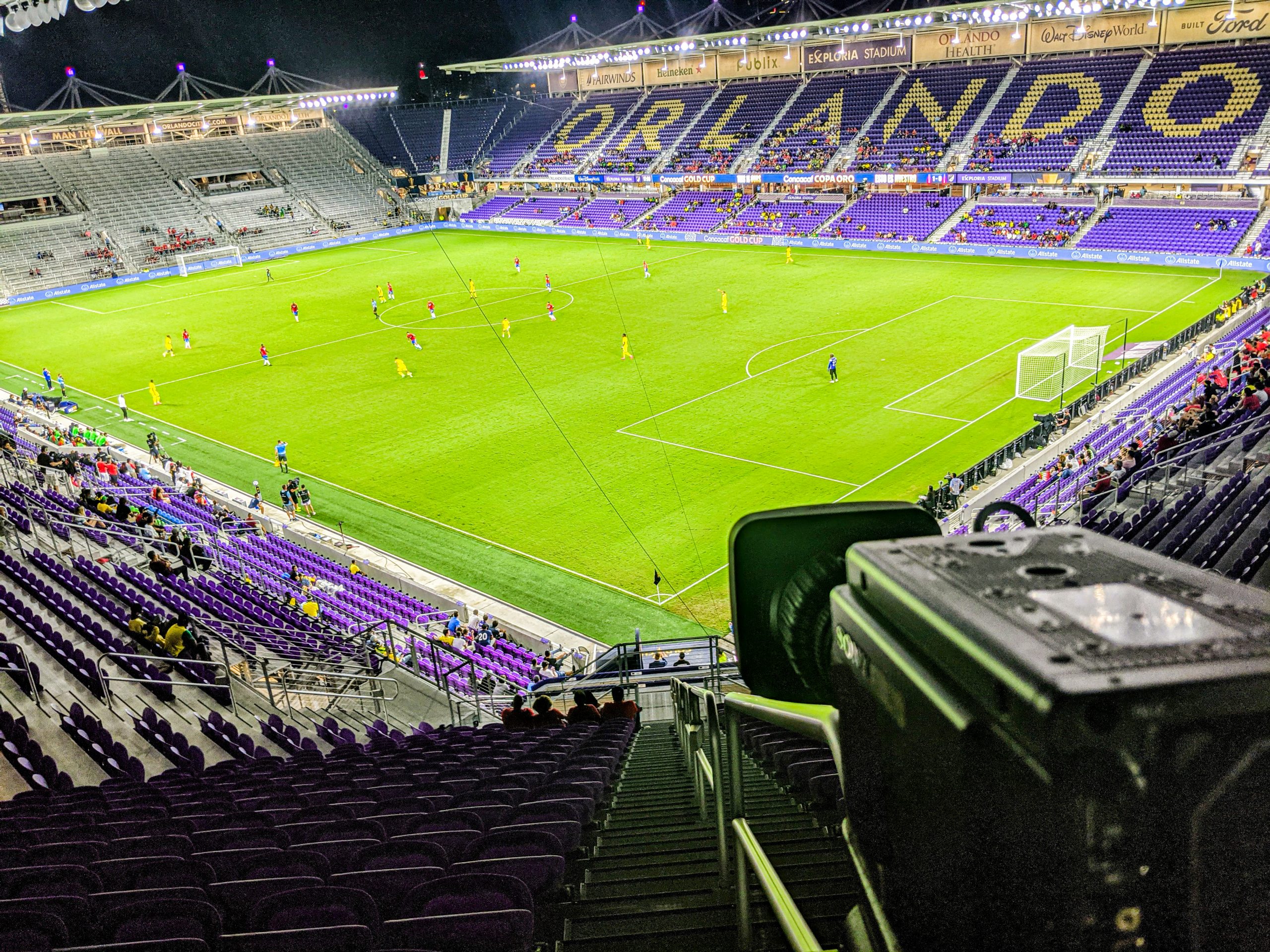 When HBS came to Game Creek during planning for the extensive tournament and asked for a method to produce the Additional Content Feed (ACF) remotely, GCV Anywhere was the perfect fit. At the top of the list of concerns for HBS were production crew consistency and travel savings for the ACF; Not to mention the fact that there would be multiple broadcasts happening simultaneously in various cities across the United States. They needed a platform that could scale to their size, had a proven track record of success, was public/private network agnostic, and could utilize the same crew from one centralized location on overlapping broadcasts happening in different parts of the country.

To accommodate HBS, Game Creek deployed newly built IP-centric mobile units GCV Bravo, Columbia, Gridiron, Celtic and Gotham at the 10 venues and built a customized remote production center in their Hudson, New Hampshire offices where live ACF and EVS Replay for the tournament would be operated. 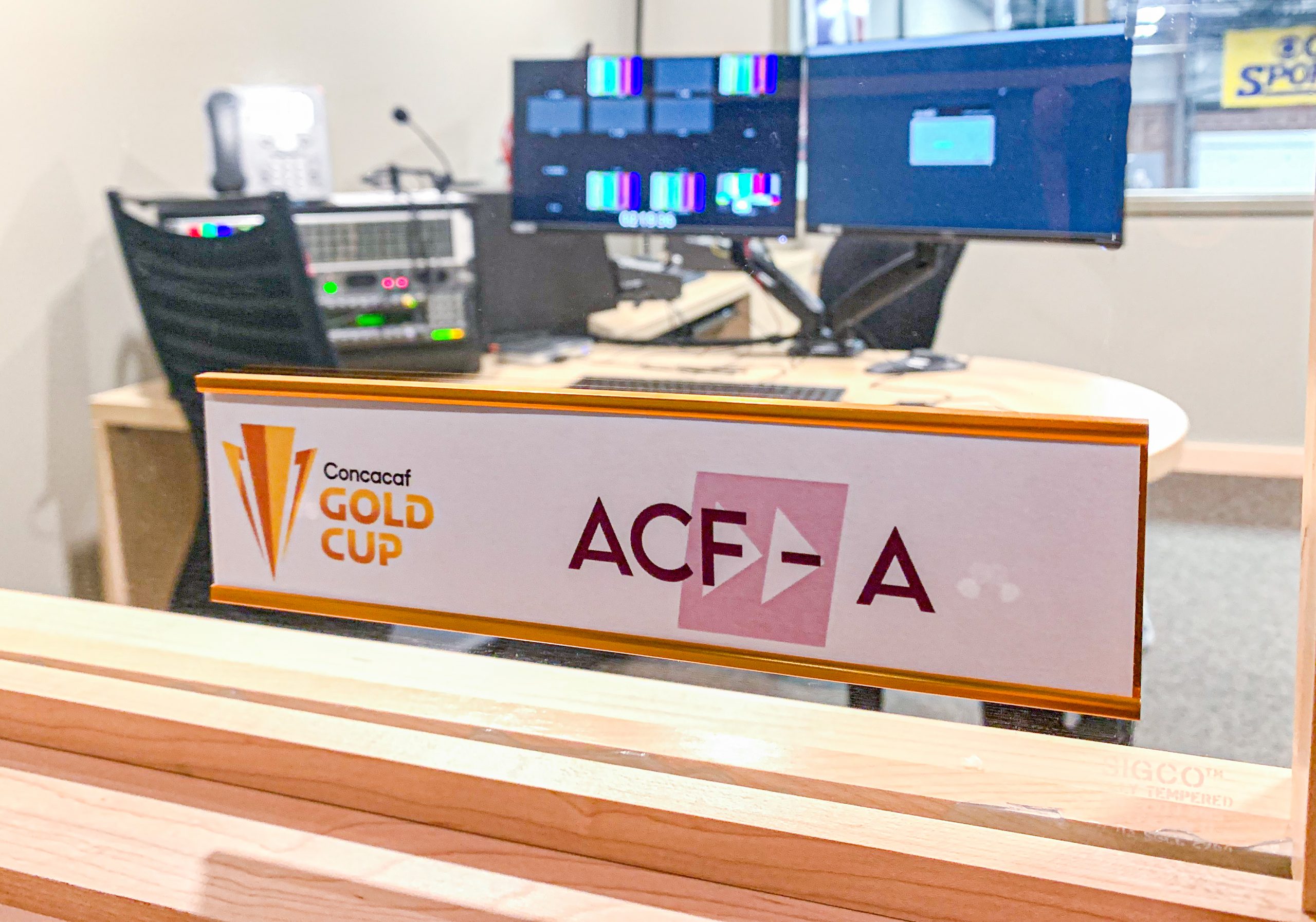 At the peak of the tournament, GCV Anywhere was supporting productions simultaneously on the same night from Orlando, Dallas and Kansas City; transporting (24) channels of H.265 encoded 1080/60p HDR video, (7) Remote EVS Operators, (3) ACF EVS Operators, (3) IP Directors and (12) intercom positions to the custom built remote production facility in Hudson, NH. All the while, maintaining an impressively low bandwidth utilization of 208Mbps.

“The key advantage of GCV Anywhere is the fact that it is network agnostic, so we can flex to use this technology with any of our clients, for any project,” explains Riley Helsen, Director of Business and Technical Solutions at Game Creek Video. “Regardless of their chosen bandwidth provider, where the event is taking place, whether it’s a professional or collegiate venue or no venue at all, we can deploy this platform successfully. So when we say “GCV Anywhere,” we actually mean anywhere. In the case of the Gold Cup tournament, we had a mix of MLS and NFL venues for the matches, but we also deployed GCV Anywhere kits to the Broadcast Operations Center to tie their intercom into our system. Because our clients don’t have to commission permanent bandwidth or production facilities to do this, we can easily execute rapid deployments like these for individual projects and scale up and down quickly.” 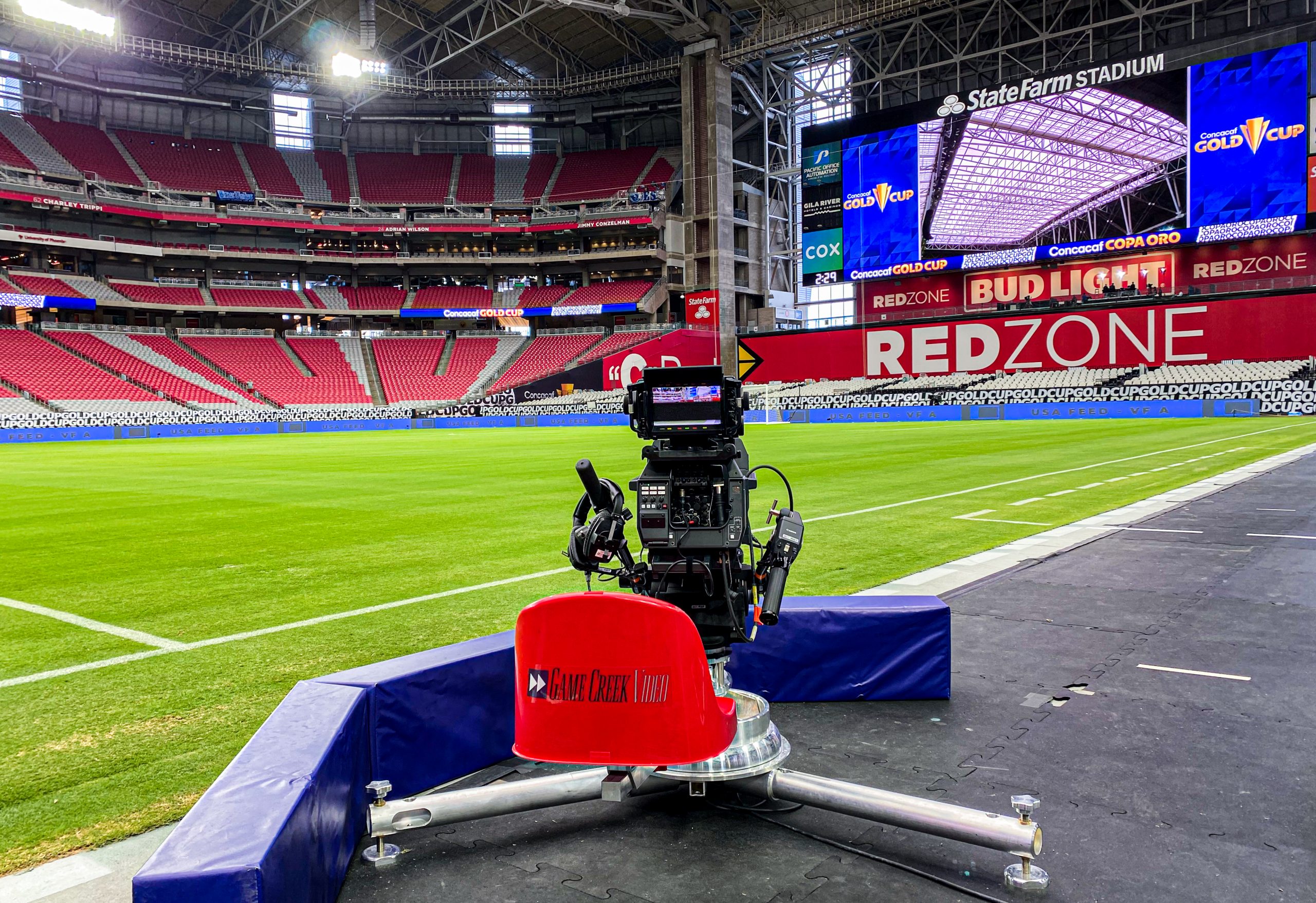 With the Gold Cup Finals quickly approaching, Game Creek Video and GCV Anywhere have continued to deliver production support from near and far. Whether addressing a growing problem in the industry or deploying a solution for an international event, GCV Anywhere has proven itself as a flexible and reliable remote production solution the market has to offer. GCV Anywhere has maintained that distance is no longer a hindrance when producing live media with remote workflows using proven broadcast technologies familiar to the industry.