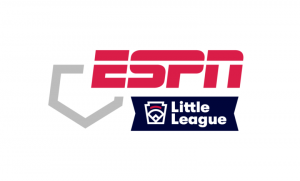 In another first, ESPN’s KidsCast will serve as the standalone telecast for the Little League World Series game on Tuesday, August 24, at 7:30 p.m. The game matchup is still to be determined.

KidsCast highlights for August 22 and August 24:

“I’m super excited to be back on ESPN’s KidsCast coverage,” says Davis. “I know the team has a lot of fun things planned for the broadcasts that will be of interest to kids and MLB fans of all ages. Since 2019, I’ve had some practice and feel more prepared than ever. I can’t wait to work with some new people and get back at it in Williamsport.”

“I’m so psyched to be back at Lamade again this year, and on top of that, I get to call a MLB Sunday Night Baseball game,” says Alter. “I’m looking to use my on-camera experience from 2019 to help me take on the challenge of calling the game in the booth. I have an incredibly talented partner in Ian, as well as a fantastic sideline reporter in Hayley, and we’re going to have a blast.”