The audience is vocal, and its small size allows other sounds to be heard

The Little League World Series (Aug.19-29, ESPN) reflects how Little Leaguers enjoy emulating how their heroes’ look and sound on television. The audio part will be provided by an estimated 80-plus microphones that ESPN is deploying in and around Howard J. Lamade Stadium and Volunteer Stadium in South Williamsport, PA, the paired venues for the first LLWS since the COVID-19 pandemic scuttled the 2020 event.

NEP’s EN3 A and B units are covering games at Lamade Stadium, and two units of Supershooter 5 are working the games at Volunteer Stadium. The main distinction between the two is the production workflow. EN3 is being used for a conventional production but with ESPN’s GREMI (Graphics REMote Integration) model deployed and graphics operators, clock and score, and two of eight EVS operators working from ESPN’s plant in Bristol, CT. Supershooter 5 deploys a REMI workflow, with production handled in Bristol. 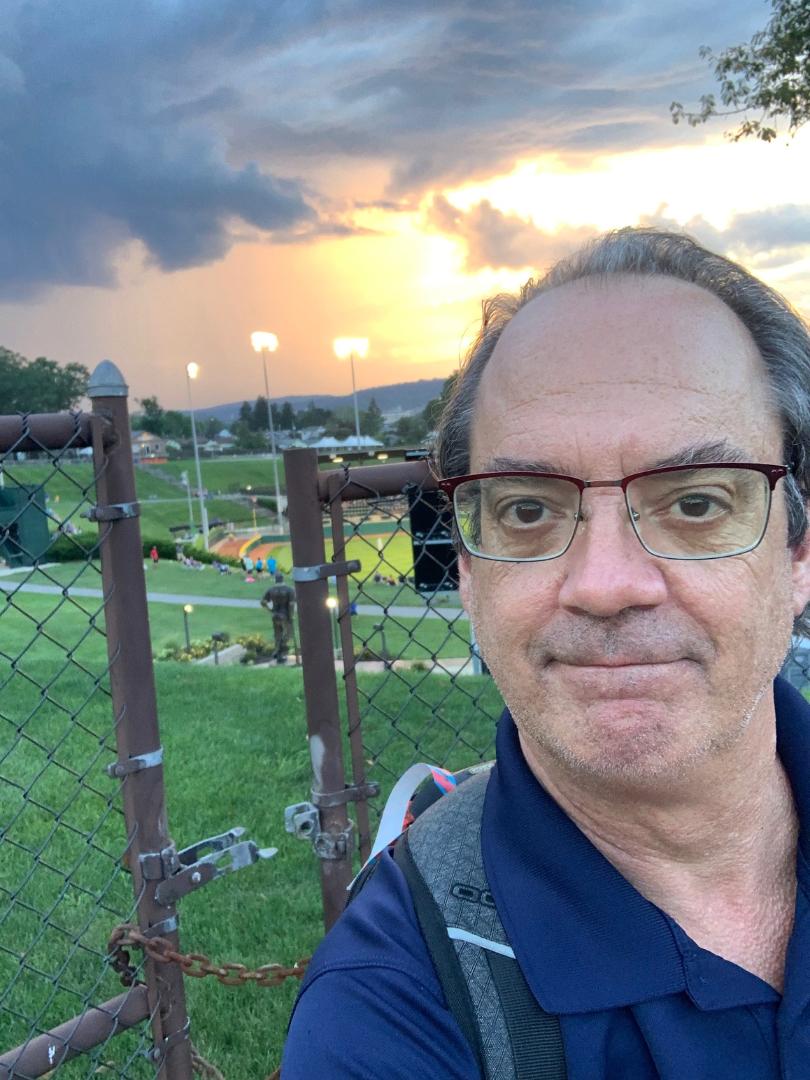 “The production team, the switcher, the main audio console, and the program signal itself [are] in Bristol, basically receiving the individual cameras and microphones, as if the control room was here in a truck, so it’s as seamless as possible,” explains ESPN Senior Remote Operations Specialist Joe Rainey, who is onsite in Williamsport. “GREMI, on the other hand, is still onsite integration: there’s a full production team onsite; the switcher is here onsite; the signal is composited here and transmitted back to Bristol. It’s just [that] a few of those operators aren’t physically onsite.”

It’s the first LLWS for both production trucks, but both A1s aboard them are veterans of the event. A1 Steve Koura is mixing the game conventionally in Lamade Stadium; Devin Barnhart, on the other hand, is sending his mixed stems from Volunteer Stadium to Bristol, where A1 Brian Deardorff serves as A1 for the final on-air mix.

“Devin is performing a much different kind of role than he normally does as an A1,” Rainey explains, describing Barnhart’s role as closer to that of a submixer, focused on delivering separate channels of sound effects — bat cracks, catcher’s-mitt pops — along with the announcers’ mics. “This is a little bit of different territory for him.” 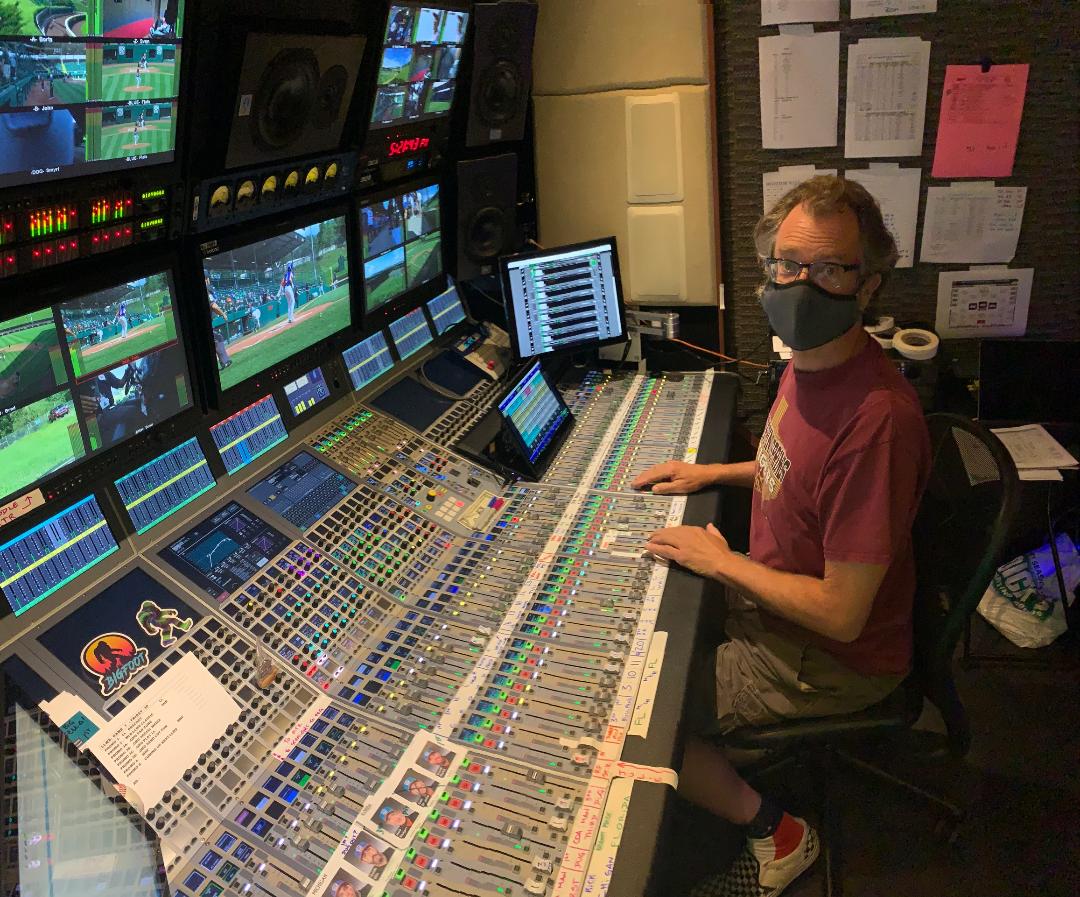 A1 Steve Koura is mixing the games at Lamade Stadium.

He notes that ESPN has used both REMI and GREMI configurations in tandem before, during the NBA’s 2020 “bubble” season. The configuration, he adds, enables a more bandwidth-compact and efficient backhaul to Bristol for the approximately 80 channels of audio. It also affords more productivity during a time when the pool of broadcast-sports technicians and supply of microphones are particularly tight, with baseball heading toward its seasonal denouement, the NFL ramping up, the Olympics ending, and the Paralympics beginning. However, it does not reduce the amount of sound from the park.

“Audio is a very, very important subject for ESPN,” Rainey says. “The sound of a game gives us most of our emotional cues and gives us a lot of the excitement and the drama that go along with the pictures.”

An Abundance of Mics

That’s underscored by the fact that, despite Little League’s most recent ruling, announced Aug. 13, that fans would be prohibited from attending the games, ESPN’s crew is nonetheless deploying a substantial number of transducers, including crowd mics. Accrording to Rainey, the core of that coverage, between the two stadiums, is a total of about 40 mostly mono but some stereo shotgun microphones and an approximately equal number of lavaliere mics. The former are aimed across the field and at the stands, picking up ambient sound and the enthusiastic cheering of a small group of players’ family members — up to 250 are allowed per game in the 40,000-seat Lamade venue — whose welcome noise is far out of proportion to their numbers. In addition, about a dozen PZM boundary mics are located to pick up vibrational and reflective sounds, such as outfield-wall collisions. And Barnhart has deployed mini-parabolic microphones along the 60-ft.-long baselines (Little League’s are two-thirds those of the MLB).

The entire microphone infrastructure rides on an extensive Calrec Hydra network to the Calrec Apollo audio consoles in each truck. Rainey also points out another audio first this year: the RTS Omneo intercoms and foldback are all on a Dante network.

If the shotguns are doing a lot of the heavy lifting, the lavs are ESPN’s LLWS secret weapons. In fact, Rainey describes them as “secreted” throughout the stadium, on two managers and coaches per game, in the dugouts, and even on the iconic statue of Howard J. Lamade in centerfield, a photogenic touchstone for players and visitors.

Between the two types of transducers, viewers get some remarkably intimate audio, such as when Washington team manager Rich Todd gathered the fielders on the mound around their pitcher, who had just been hammered by Texas’s hitters during Friday night’s game: “Don’t worry about it, man; you did great,” he comforted him, later adding to the others, “We’re here for fun, so let’s have fun doing it.” 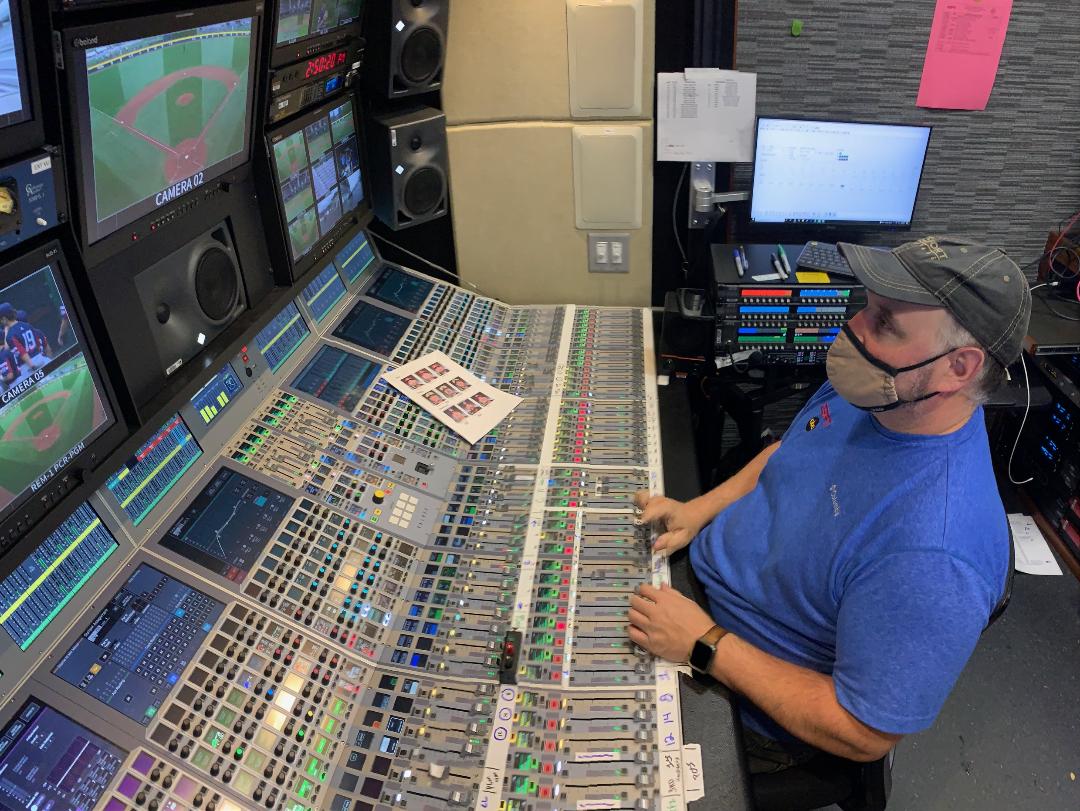 A1 Devin Barnhart is sending mixed stems from Volunteer Stadium to ESPN facilities in Bristol, CT.

Despite the crowd size, Rainey says, augmented crowd noise was never considered. The audience is audibly enthusiastic, while its sparseness reveals plenty of other sounds of the game.

“What we’re getting this year is even more player sound than we’ve ever had,” he says. “I’m impressed by the amount of noise that the 250 per team that are in the stands are making. The kids’ [sound] is even clearer. I’ve spent some time listening to the raw effects tracks, and I can hear every cheer, every encouragement from parents, every word the kids are saying from the dugouts plain as day. It’s a Little League World Series like you’ve never heard it before.”