1337 Facilities was at the center of the project

Traditional stick-and-ball sports may have hit a speed bump during the COVID-19 pandemic, but esports leagues and teams hit the accelerator on productions. At the professional level, such organizations as the NBA 2K League or Activision Blizzard haven’t skipped a beat. At the collegiate level, the University of Arizona is stepping into the esports ring with construction of a gaming center developed by 1337 Facilities.

“It has been a great ride, and the opening [in July] was a lot of fun,” says 1337 Facilities CEO Robert D. Jordan CVE. “Universities are starting to embrace esports arenas, and it’s something that students want to see and be involved in.”

Cost-Efficient and Flexible: New Home Is Built in Pre-Existing Space 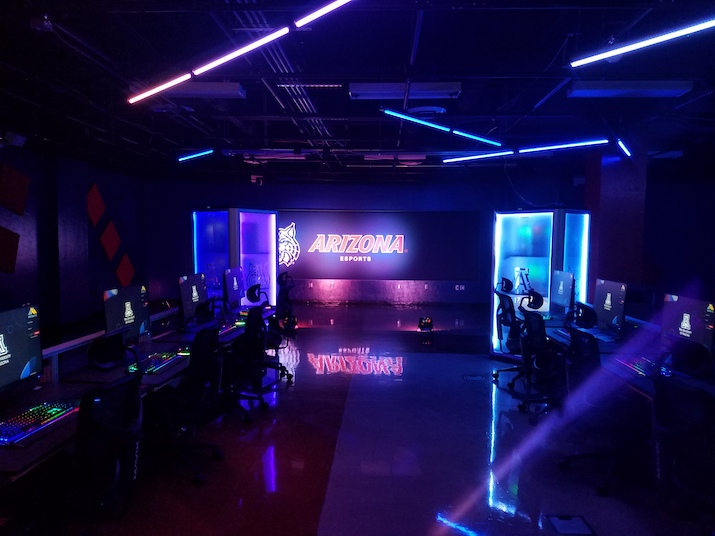 When the university expressed interest in starting an official esports team and subsequently established a program in March 2021, the next step on the agenda was to create a space for the competitions. Jordan and his colleagues were called in for the job, and, from the outset, the project focused on two main goals: a cost-efficient price point and a flexible room. Given the longevity of the pandemic and to avoid exhausting the pool of sponsorship money reserved for construction, the physical structure is in a pre-existing room in the on-campus student union.

“It was originally a black-box theater,” says Jordan. “Then it became the billiards room, which we converted into the esports arena.” Noting that the move helped trim spending, he calls it “the ultimate reuse of square footage.”

Since this new space has already hosted many other activities, the latter of the two priorities was a natural. And esports as a genre comprises different types of games and competitions. The University of Arizona alone will field five official teams in Call of Duty, Counter-Strike: Global Offensive, League of Legends, Valorant, and Rocket League.

Besides accommodating the communal nature of esports, the space can host functions that include officially sanctioned competitions, esports-club meetings, and students who want to play casually. AmpThink President Bill Anderson was critical to creation of a space where students can play games together after being separate for over a year. 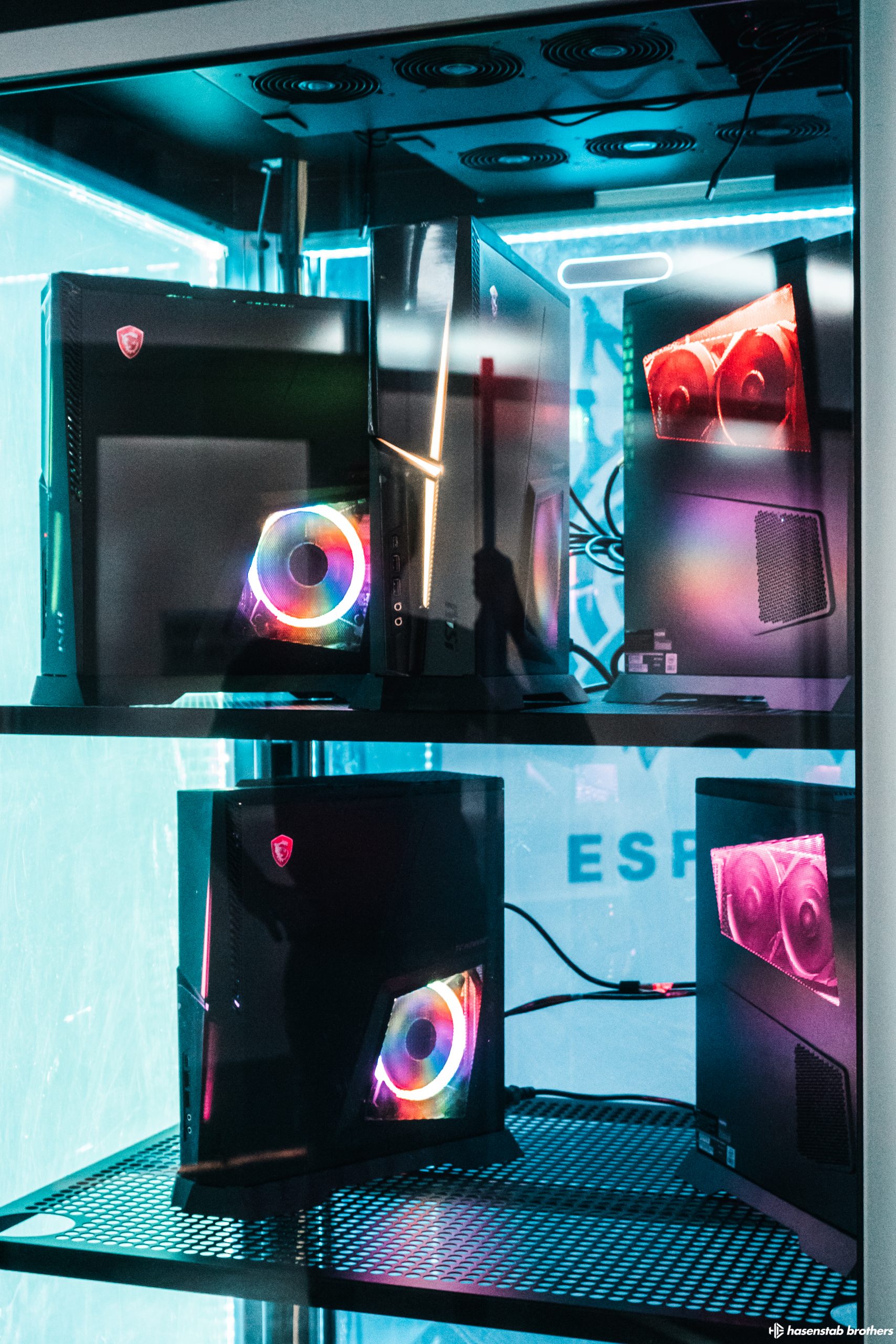 “We actually set aside close to 15% or 20% of the square footage for seating where students can hang out,” Jordan explains. “The university also wanted to have intramural tournaments and the ability to split the room for coaching sessions while still allowing casual play.”

1337 Facilities was tapped for the project nearly four years ago, but the onset of the pandemic in early 2020 caused a major snafu. Although the university closed its doors to both students and the public last September, staffers were eventually allowed back onsite, and the project gained new life.

Now that the dust has settled, the space is outfitted with some of the highest-quality esports technology. A total of 65 gaming stations can be deployed, and, to keep with the small-footprint theme and avoid installation of unnecessary equipment, the university’s network is the basis of the center’s 100G connectivity.

One of the more forward-thinking elements has already provided massive benefits. The vertical towers that contain the actual gaming consoles serve as the central hub of this connectivity. They also act as a buffer between the heat generated by the consoles and the players, keeping the playing area as cool as possible.

“There are multiple levels,” notes Jordan. “We can put up to 20 PCs into a tower with its own power distribution and air-flow considerations. Since the room is multi-configurable, everything is able to move through different doors.”

The room can adapt to any settings, but, to generate additional buzz for high-stakes tournaments or other events, the room comes with LED lighting fixtures that can remain static or pulsate with different colors.

Positive Impact: Inclusive Environment and Pathway to the Pros

Having completed a massive undertaking to overhaul an underperforming space, 1337 Facilities is aiming toward a further expansion, including implementation of broadcast/streaming cap