After a COVID-riddled 2020 season, college football aims to return to a more normalized schedule. Stadium, the four-year-old OTT streaming service, is filling its 25-game schedule with enticing matchups in the Mountain West Conference and Conference USA, digital enhancements for fans watching at home, and wall-to-wall content every weekend.

“The Mountain West divisions are equally stacked, and we’re broadcasting some of the preseason favorites in Conference USA,” says Joe Riley, SVP, production, Stadium. “We’re super-excited about this year’s schedule.”

The 25-game lineup will be split between the conferences: 15 in Conference USA, 10 in Mountain West. As a digital entity, Stadium offers some additional advantages over linear networks. One aspect that Riley is looking to tap into is fan interaction. 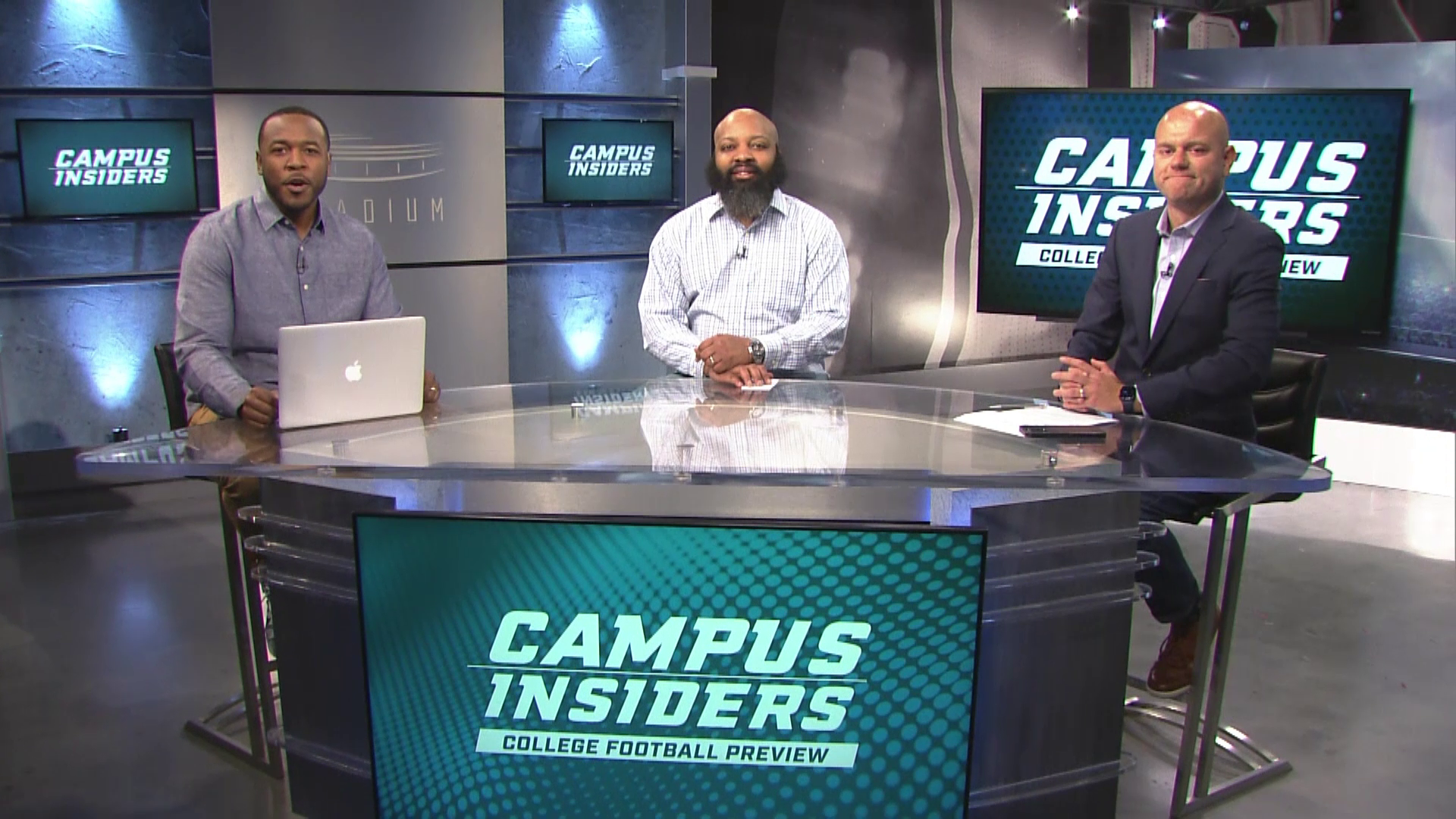 “We pride ourselves on being very progressive,” says Riley. “Through the use of QR codes, fans can vote on different things like play, player, and fan of the game. We’ve done this with other leagues, and it has worked out well and makes for a better experience.”

Fan interaction is a continuation of what was used by the industry over the past year. The pandemic has gradually changed viewing habits, with second-screen experiences capturing the attention of fans during commercial breaks. If viewers can’t make it to the game or fans are watching from somewhere else in the country, live broadcasts will bring these two groups together.

“Since the pandemic, it seems like society is more willing to watch [sports] on phones, tablets, and laptops,” Riley adds. “We think that could help our viewership and play into our hands this football season.”

In addition, the network will tap into its numerous business relationships, including one with an entity that made a significant change last year: Bally Sports. As part of the Sinclair Broadcasting Group, Stadium will leverage not only the regional sports network’s linear channels but also Bally’s four-month-old graphics layout.

“We’re going to use a Stadium-branded graphics package with the Bally Sports [template] this college-football season,” says Riley. “It’s similar to what viewers have seen for MLB, NBA, and NHL with the scorebug on the left side and the ticker on the right side.”

Despite the challenges of COVID-19 last fall and winter, productions moved forward within onsite television compounds. This year, the same strategy will be deployed to bring technicians and other essential crew members to the numerous campuses. 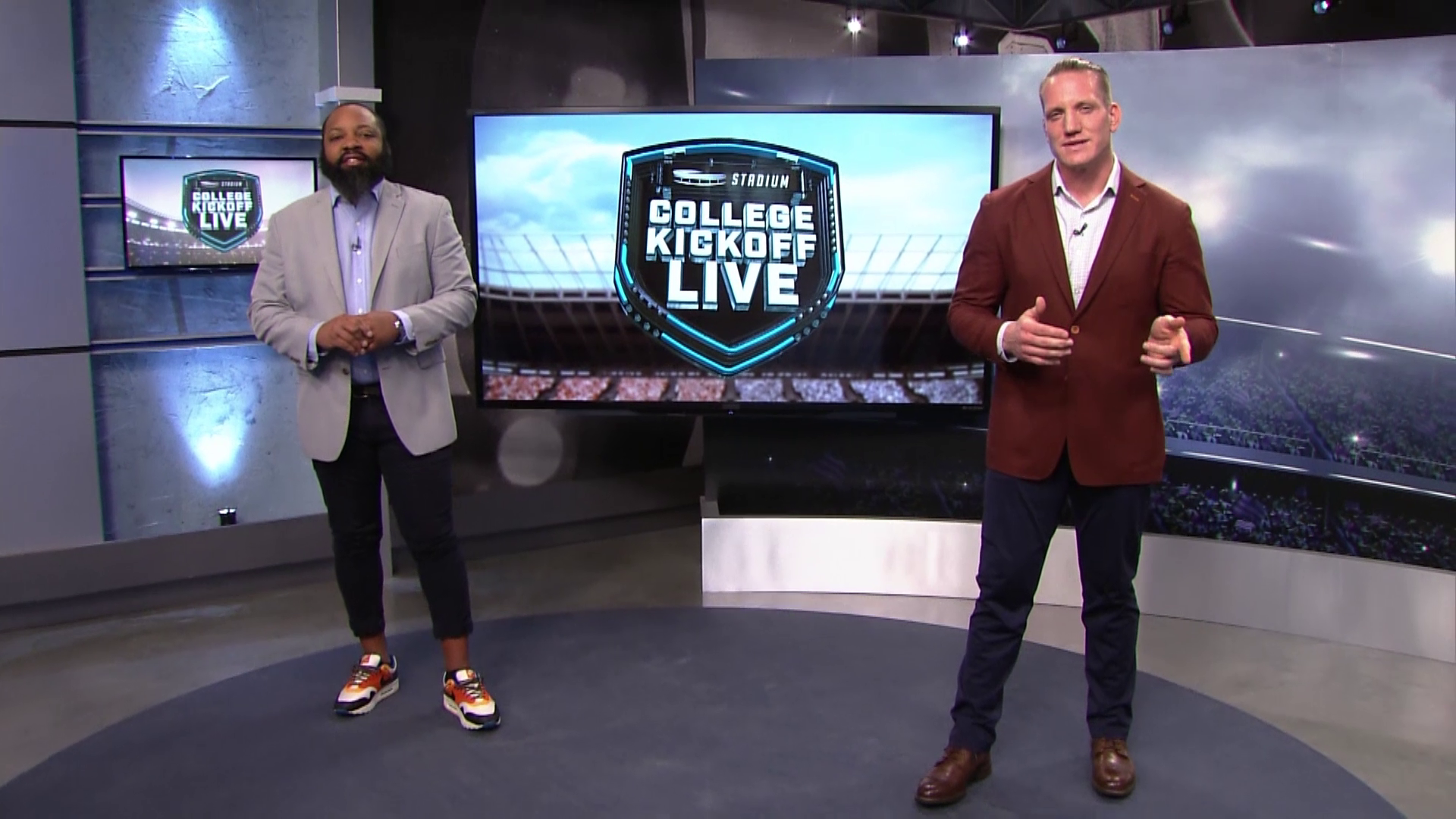 “Last year was definitely a tough season, but we’re going to [bring everyone onsite] again,” says Riley. “We think that having our trucks, talent, and operations at the stadium gives us the best quality of coverage.”

As the Delta variant surges in the U.S., Riley and his production colleagues are making health and safety a big priority. On the field, the broadcast will continue to deploy headsets for player and coach interviews, but, in the compound, the staff will be adhering to a stringent set of protocols.

“We’re requiring everyone to be 100% vaccinated,” he notes. “We’re also requiring individuals to wear a mask, both inside and outside of trucks.”

Back in Chicago: Studio Programming Takes Over Setup in United Center

Stadium will once again host its studio programming from its set in its United Center headquarters in Chicago. To set the table for the upcoming week, Campus Insiders will preview upcoming games, provide exclusive interviews, and offer breakdowns and analysis of college-football action around the nation. The show, scheduled for Wednesdays at 6 p.m. ET, will be headlined by three-time Emmy-nominated host Camron Smith, former University of North Carolina cornerback Michael Felder, and analyst Matt Fortuna. 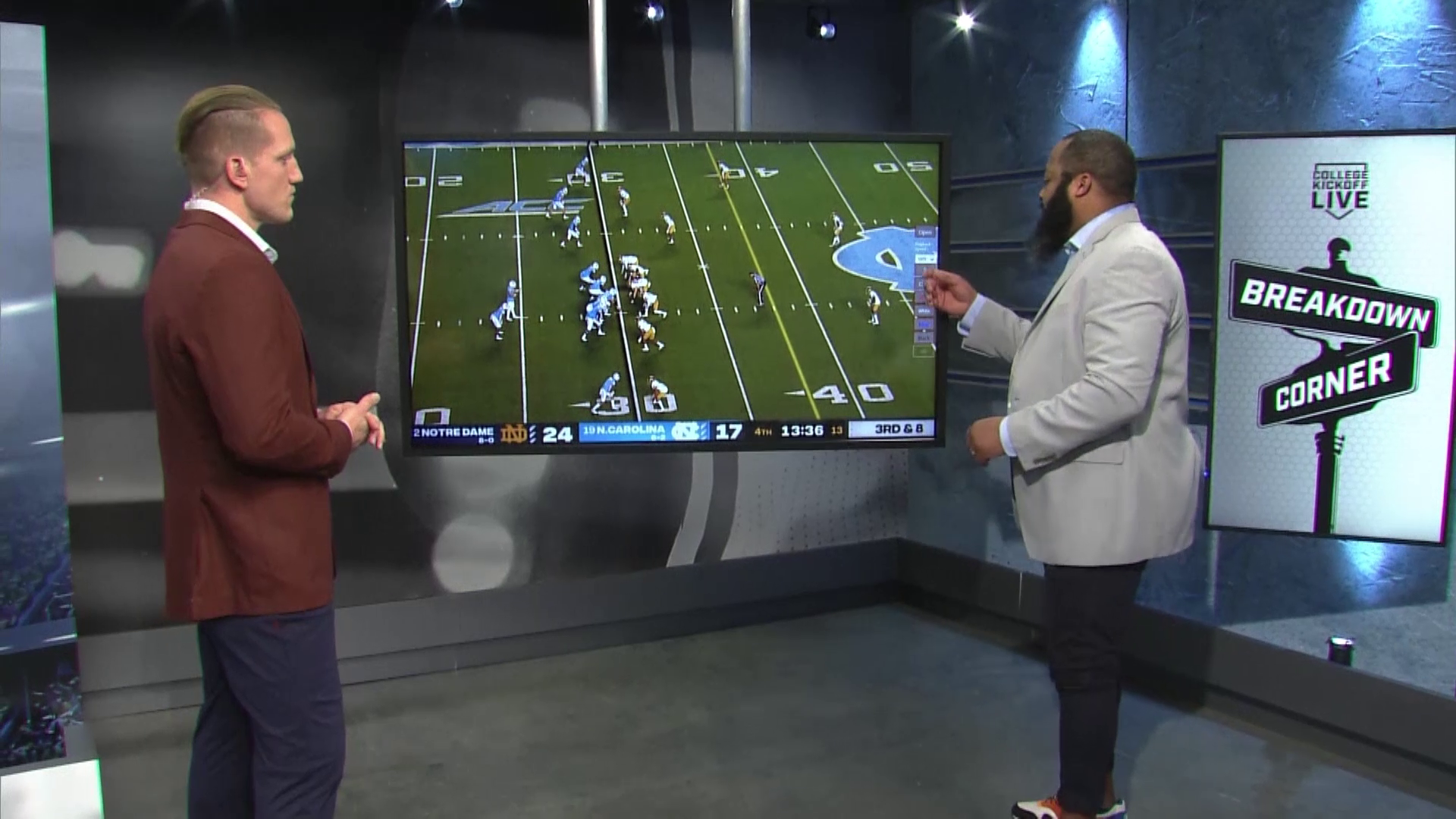 College Kickoff Live’s “Breakdown Corner” segment offers fans an inside look into some of a game’s biggest plays.

Another show, College Kickoff Live, will get fans ready for the day’s slate of games. When it debuted at the start of the 2018 season under the name Stadium Kickoff Live, the then–hour-long show traveled to different institutions and streamed live on Twitter. Now based at the United Center, 30 minutes prior to kickoff, Smith and Felder will dissect the keys, storylines, and important players to watch in the first game coming up on Stadium. The duo will also be joined by the day’s broadcast team, which can be a mix of play-by-play announcers Chris Hassel, analysts Mark May and Max Starks, and others. The live programs as well as replays of previous editions can be viewed at on the Stadium website.

Since its inception in 2017, Stadium has gradually ascended the ranks as a formidable sports network. Focused on media rights, informative reporting, and entertaining studio programming, it looks to build on these three core pillars.

“We’re going to continue to grow both the studio side and the live-game side,” says Riley. “As we become a bigger company, we want to create and establish more synergy with other networks.”