2021 League of Legends World Championship To Be Held in Reykjavik, Iceland

Riot Games has announced plans to host the 2021 League of Legends World Championship in Reykjavik, Iceland. The biggest, most prestigious competitive esports event of the year will kick off Oct. 5 and end with the Finals on Nov. 6 in the newly refurbished Hall A at the Laugardalshöll indoor sporting arena. 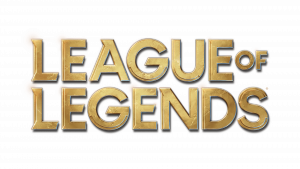 “We are thrilled to host an incredible Worlds experience in Iceland, the locale that provides us with the best opportunity for the most teams and their best players to compete,” says John Needham, Global Head of Esports at Riot Games. “We have a strong lineup of Worlds contenders this year, and we cannot wait to see the best-of-the-best battle it out for a shot at the Summoner’s Cup.”

While maintaining a focus on ensuring the health and safety of everyone involved in hosting, producing, and competing at the event, Worlds 2021 will not host a live audience. This decision was made in close collaboration with European authorities and Riot Games’ trusted risk assessment and safety partners. During the event, Riot will continue to use guidance from various health organizations and local and national authorities to prioritize everyone’s safety.

Riot successfully hosted the Mid-Season Invitational this past May in Hall B at the Laugardalshöll without a live audience, which resulted in zero COVID-19 cases among players, staff, and partners. MSI 2021 was the most successful MSI to-date, with the final match between DAMWON KIA and Royal Never Give Up hitting a record-breaking MSI peak viewership of 23.7 million, and an average minute audience (AMA) of 10.0 million. Across the entire tournament, MSI 2021 had an AMA of 3.6 million.

Worlds 2021 Format
Worlds will host 22 teams from around the globe facing off across three stages of play: Play-Ins, Groups, and Knockouts. All stages of play will take place in the Laugardalshöll arena in Reykjavik in Hall A (MSI was held in Hall B).

These 10 teams will be drawn into two groups of five, and each team will play one game against every other team in their group. The top team in each group will automatically advance to the Group Stage. Third- and fourth-place teams will play a best-of-five, with winners challenging the other group’s second seed for the last two spots.

The Group Stage will feature 16 teams including the four Play-In qualifying teams and 12 new competitors:

These 16 teams will be split into four groups of four, with each competitor playing against every team in their group twice. The top two teams from each of the four groups will advance to the Knockout Stage.

During the Knockout Stage, the remaining eight teams will compete in a best-of-five single elimination bracket, progressing through Quarterfinals, Semifinals, and Finals. At Finals, the last two teams standing will play a best-of-five series – and that winner will be crowned the 2021 League of Legends World Champions.