The Chicago sports veteran started as a camera operator on White Sox, Cubs, and Blackhawks games 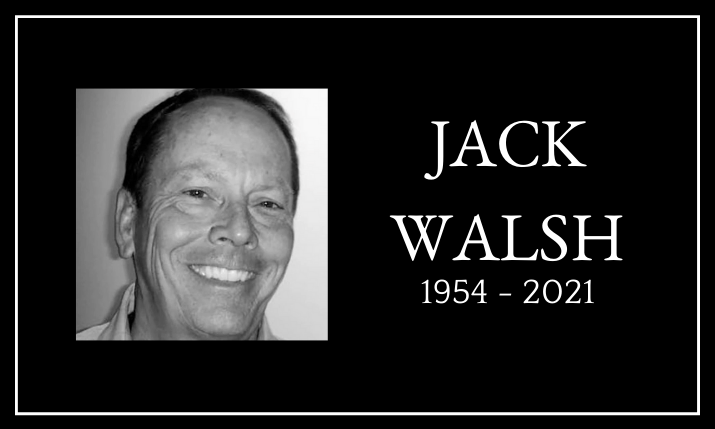 Trio Video was a staple of the Chicago sports scene, providing mobile production facilities for broadcasts of its major sports teams. The company also supported other live events in the area, including parades, marathons, and concerts.

“Anyone who watched Chicago sporting events and live city events for over 25 years had Jack to thank, because Trio Video’s production trucks and crews were the source of those telecasts,” WGN-TV Chicago Director, Production, Bob Vorwald said to the Chicago Tribune.

Walsh was awarded Chicago television’s highest honor, the Silver Circle Award, by the Chicago/Midwest Chapter of the National Academy of Television Arts and Sciences in 2008. Trio Video was a mainstay of the industry until 2011 when it was acquired by NEP Broadcasting. Walsh stayed on to oversee Trio Video operations until his retirement in 2018.

“When Trio Video became part of NEP more than a decade ago, we were thrilled that so many talented individuals became part of our family,” says Mike Werteen, Global President, NEP Broadcast Services, NEP Group. “They all cared about delivering for clients and working together as one, every day. That care and focus was driven by Jack Walsh. Jack knew the importance of properly supporting his team and fought passionately for them. Jack was a legend in the broadcasting business and a legend in the hearts of those who knew him. We all will miss a true broadcasting icon.”

“Jack was a great man to work with and for,” says Matt Keske,  production manager, Chicago region, PRG, and a veteran of NEP and CSP Mobile Productions. “Even if you were working for him, you were really working with him. He was always willing to listen to your viewpoint. However, he didn’t waste time if a decision needed to be made quickly. He was a decider and wasn’t afraid to go with his instincts.” 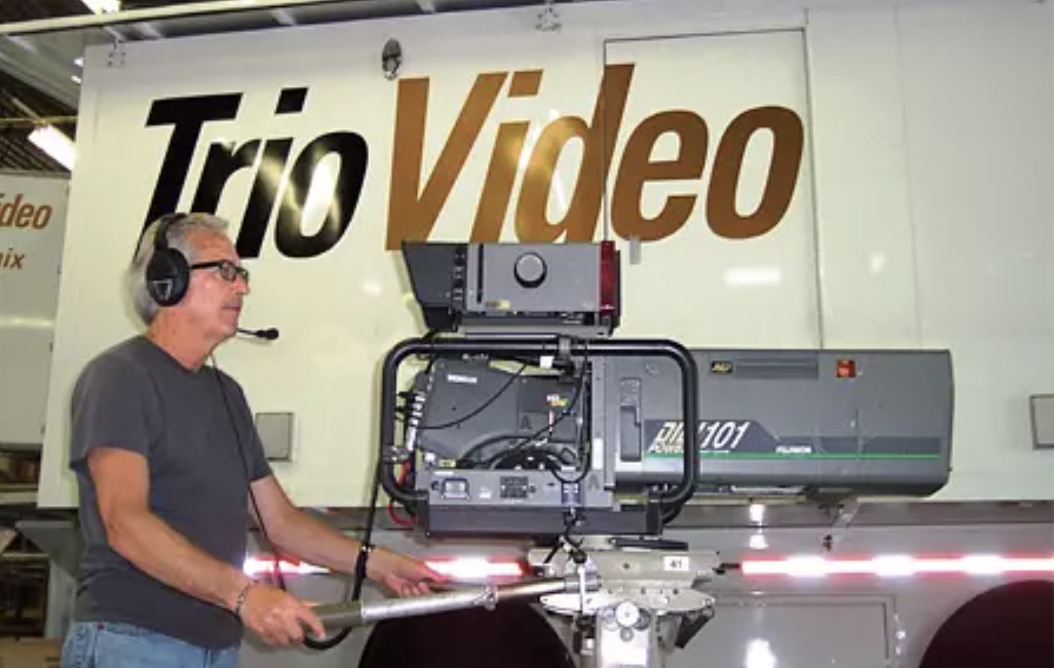 Founded in 1982, mobile-sports-production provider Trio Video served TV productions of all major Chicago sports teams. The company was sold to NEP in 2011.

Walsh was born in Fairbanks, AK, and received a degree in radio, television, and film from Temple University in 1975. He got his start at TV stations in the Carolinas and West Virginia before finally settling in in Chicago, where he was a camera operator on White Sox, Cubs, and Blackhawks games, as well as for the famed Phil Donahue Show.

He formed his own freelance-TV-crewing business, Location Crew Services, in 1979 before collaborating with fellow camera operator Gary Meagher and engineer Dick Shapiro to start Trio Video in January 1982.

According the Chicago Tribune:

Walsh “had this idea of forming an ‘on location’ video production company that included TV trucks. Owning the trucks would guarantee that we could hire ourselves to do the work,” Meagher recalled in an email. “And the timing was excellent. Jerry Reinsdorf and Eddie Einhorn were forming SportsVision for the White Sox and Bulls. ESPN was really starting to roll. The business was changing dramatically, from sports and special events being produced by … local TV stations, to a kind of free-for-all.”

Walsh is remembered fondly by many in the mobile sports production industry, including those from other mobile facilities proivders across the continent.

“I met Jack at my first “Hughes Baseball Meeting,” recalls Mary Ellen Carlyle, SVP and General Manager at Dome Productions. “I was the kid that was trying to explain to the group that the Toronto Blue Jays decided not to allow mobiles in the stadium. The visiting team broadcasts could utilize Dome Productions in stadium control rooms along side the Cappuccino Bar. Jack was one of the first to give me his Chicago dates. Since that day, Jack and Trio Video were always there for Dome when we needed [facilities] whether in Canada or the U.S.  As I always respected Jack and his staff at Trio Video,  I really appreciated it when he referred to Dome Productions’ culture as part of his Trio family.  Long after Jack moved on from the industry I was fortunate enough to keep in touch.  I am thankful for all [he] has done for me and the Dome family. [He] will not be forgotten.”

“We shared a passion for the excitement of live TV,” said Peter Kimball, Senior Account Manager – Entertainment at NEP Group, who worked with Walsh as a fellow camera operate on Chicago sports broadcasts as well as freelancers on Big 10, ESPN, and NBC broadcasts across the midwest. He also helped helm Trio Video’s Musical Festival team. “At the end of this month, our festival team will be on site at Austin City Limits Music Festival – our 15th year of covering just about every major music festival/artist in North America.Jack was a straight shooter, had a mind of his own, and was truly a good person.”

“Even as Jack was helming everything as a managing owner of Trio Video, he would still occasionally be crew chief on-site or work camera during telecasts,” SOS Global Express Manager of Onsite Operations & Client Services Keith O’Brien said to the Chicago Tribune. O’Brien joined Trio Video as director of production in the 1990s after overseeing remote operations for Turner Sports. “[Jack had] an amazing ability to look you in the eye and make you instinctively believe that he had your back. You could also find him crawling around on his back assisting with the wiring of any of our production trucks being built in the shop. On more than one occasion, I’d walk through one of our partially built trucks, surrounded by staff & engineers up on ladders or underneath in belly-bays, to find Jack sandwiched between a partially-constructed truck wall filled with hundreds of cables and the backs of countless racks of video & audio equipment. I’d engage him on an unrelated production issue as he continued wiring a myriad of connections. He’d juggle all of it with a total focus on everything.”

Walsh died from complications due to melanoma in a South Carolina hospital. He is survived by his wife of 25 years, Annette Deshotels; his daughter, Anne Marie; his son, Kevin; his stepdaughter, Jessi Mitchell; his brother, Tim; his sister, Karen Henninger; and his mother, Shirley Walsh.