Ahead of its series inauguration on Sept. 24, Nitro Rallycross – part of Thrill One Sports & Entertainment – has announced its roster of broadcast, manufacturer, and corporate partners. The next-generation motorsport – featuring the world’s best drivers competing on racing’s boldest tracks – begins Friday, Sept. 24 in Utah, before making four additional stops across the country throughout the remainder of the year. 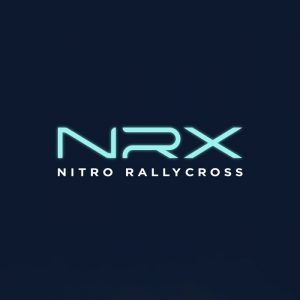 Nitro RX has added seven additional international media partners, including worldwide deals with DAZN and YouTube to ensure distribution of the new series created by action and motorsports icon Travis Pastrana in all corners of the world.

The newly added networks complement seven previously announced partnerships, highlighted by NBCUniversal, which is providing comprehensive exclusive live coverage in the U.S. on Peacock, as well as highlights programming on NBC Sports Network.

The inaugural Nitro RX championship will feature 10 teams across seven car manufacturers – Audi, Ford, Honda, Hyundai, MINI, Peugeot, and Subaru – battling it out on all-new gravity-defying tracks across the United States. A total of 21 drivers from five countries – including the legendary Pastrana and just-added rallycross veteran, Tanner Foust – will compete across the top-level Supercar class and the developmental Nitro RX Next class.

Nitro RX is redefining racing with its innovative and challenging track designs that incorporate the biggest jumps in motorsports. At each Nitro RX event, racing will take place over two days with Supercar qualifying/battles and Nitro RX Next qualifying/heats/final on Day 1, followed by Supercar heats/semifinal/last-chance qualifying/final and a second set of Nitro RX Next races on Day 2.

Laurette Nicoll joins the previously announced expert motorsport commentary pair of Andrew Coley and Jarod DeAnda as the series trackside reporter after having held similar roles for Nitro World Games, X Games, Formula Drift, EnduroCross, and Global Rallycross. A celebrity reporter will round out the broadcast team at each of the five stops, with snowboarding legend Todd Richards kicking off the series this weekend. The U.S. Olympian and seven-time Winter X Games medalist has served as an analyst for NBC in each of the last four Winter Olympics.

“The excitement and anticipation for Nitro Rallycross’ series launch is at its pinnacle, and we are thrilled that fans will soon be able to experience this innovative concept all over the world,” says Joe Carr, CEO of Thrill One Sports & Entertainment. “By putting the ‘Nitro’ stamp on rallycross, we’re taking ‘action-packed’ to another level; anyone who loves adrenaline is sure to enjoy this truly next-generation racing.”

In early 2022, Nitro RX will expand to a global tour across North America, Europe and the Middle East, during which the transformative FC1-X electric Supercar will be introduced.