A1 Dave Grundtvig will deploy a primarily conventional approach

Kicking off the MLB Postseason, TBS will broadcast the NL Wild Card game between the St. Louis Cardinals and Los Angeles Dodgers, and Dave Grundtvig, who develops sound design for all Turner Sports broadcasts, will be supervising the game’s audio as well as mixing it as senior A1. He’s striving for lots of sound, largely from conventional sources. 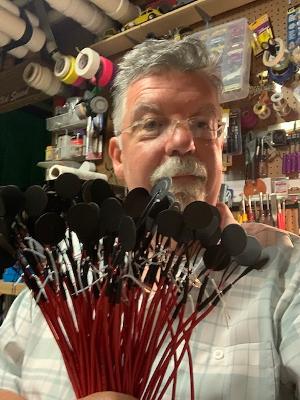 “We expect to have in-ground mics and RF cameras and mics in the bases, and I’ll be using the same contact mics I developed for the NBA courts on the outfield walls and on the foul poles,” explains Grundtvig, who supervised the NBA effort in augmented crowd sound and highlighting court-sound effects in the league’s Orlando-area “bubble” last year. “Basically, [the contact mics] can be used on anything a ball or bat or player can make contact with. I’d use them on the bat racks and in the bullpens. They’re unique in that it’s audio you can feel; it comes from the vibration of what it’s attached to.”

He expects to deploy Klover’s 9- and 16-in. parabolic collectors, loaded with Shure Twinplex dual-diaphragm subminiature lav microphones, around the baselines.

“We’ll have mics on the coaches as well,” he says, “and we’re hoping MLB will give us more access to players, too. More sound, better sound — that’s the ultimate goal.”

Baseball continues to be a testing ground for audio innovation, and, earlier this year, Grundtvig tested the steerable-array microphones for possible use in the MLB postseason. The project applied a Shure MXA series conference-type microphone array — the unit incorporates multiple separate audio channels — that can be remotely directed over a Dante control network.

Grundtvig has deployed the unit, designed for corporate applications, in the past for basketball and football broadcasts. Its low profile and high sensitivity make it a good pick for wide fields of play, and the use of several together provides up to 16 additional channels of audio. He had also experimented with it as a source for Dolby Atmos broadcasts, providing overhead audio.

However, the baseball application was declined by MLB because, ironically, the array was too sensitive, able to pick up a lot of random sound, including player talk, on a field that’s often not as subject to natural masking noise as other sports environments can be.

Grundtvig professes disappointment — he believes that the array would have enhanced the overall ambience of the broadcast audio once it was mixed in context — but adds that the sound for the NL Wild Card game broadcast on TBS on Oct. 6 will nonetheless have plenty of interesting audio.