It’s a new era for the National Hockey League in the U.S. Tonight, Turner Sports debuts as a national rightsholder for the league, with TNT carrying a doubleheader of the New York Rangers visiting the Washington Capitals at 7:30 p.m. ET and the Colorado Avalanche hosting the Chicago Blackhawks at 10:30 p.m. 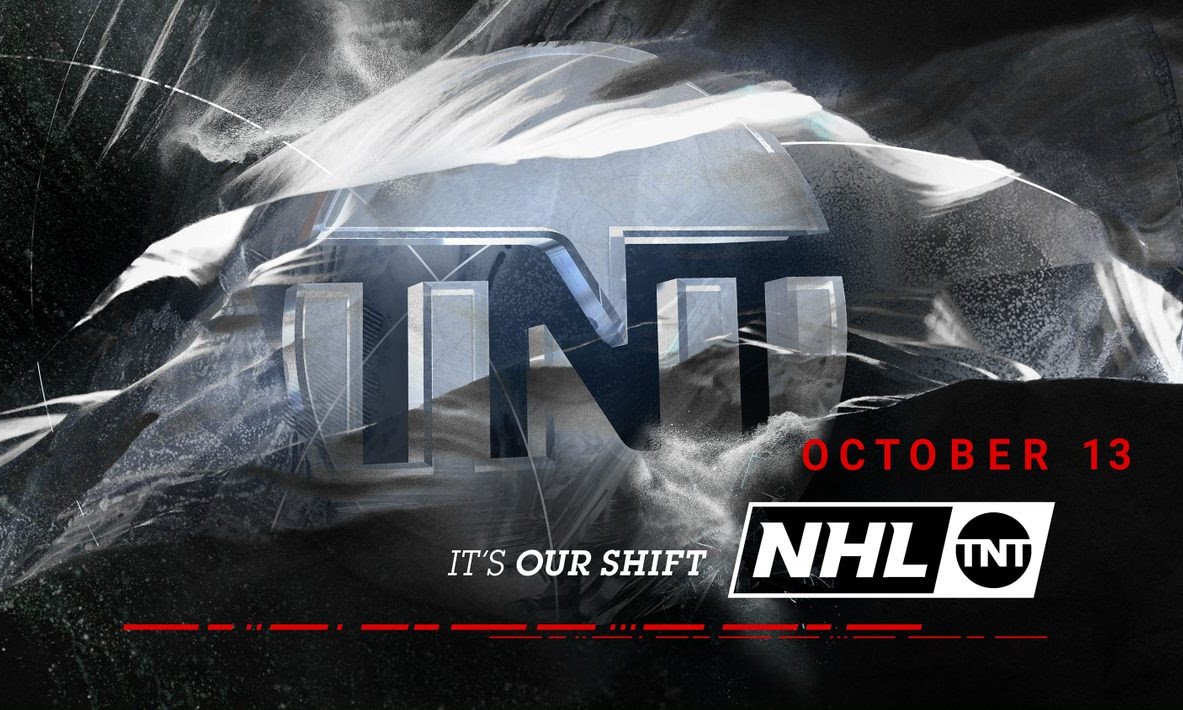 Although Turner’s agreement with the league is for the NHL’s B package, the NHL on TNT schedule is loaded. It includes 25 Wednesday nights throughout the season and marquee tentpole events like the 2022 Winter Classic (Minneapolis) on Jan. 1, the 2022 Stadium Series (Nashville) on Feb. 26, and the 2022 Heritage Classic (Hamilton, ON) on March 13. Turner will also help carry the Stanley Cup Playoffs and host the Stanley Cup Final in three of the seven years covered by the rights agreement.

Game production will, over the course of the season, lean aggressively into leveraging player- and puck-tracking data provided by the league and displaying unique graphic enhancements, including dynamic line changes (where tracking data can be used to monitor shift times and display lineup changes in real time) and a virtual power-play clock projected onto the ice (similar to the virtual shot clock used by NBA on TNT).

“Our goal is to find ways to inform the diehard fan in ways that they haven’t been informed before,” says Brown, “while also providing information for the casual fan that is trying to learn the sport.”

In 2019, NBA on TNT debuted a virtual shot graphic projected onto the playing surface. Turner Sports is looking to add a similar execution on the ice for power plays on NHL on TNT.

Onsite, the camera complements rely on super-slow-motion cameras, with more deployed than for a typical show. Of the 25 camera feeds (20 are originated by Turner; five are blue-line cams and net-cam feeds provided by the league), from eight to 11 units on a given night will be high-frame-rate cameras. Brown says those acquisition devices offer a smoother look for a sport that moves extremely fast.

“This has been the production request to answer the question, How do you portray the speed and fluidity that this game presents?” says Brown.

Coordinating directly with the league on venues and standard game-broadcast operations has proved critical to helping Turner boot up this property in a relatively short time. To help out on the remote technical side, Turner added Eric Grossman, a veteran of hockey broadcasting, as lead tech manager.

“One of the biggest things with the NHL is developing all of the new workflows that are going to have to surround it,” says Brown. “[That’s] not just in the remote environment but in the studio as well because of the confluence of highlight operations. There’s tons we have been trudging through to pull this all together. We’re also doing this while maintaining the technical quality for all the productions that we do and giving each property its just attention.”

NHL on TNT games are directed by Paul Hemming (who joins the Turner family after four years directing Carolina Hurricanes games for Bally Sports South/Fox Sports Carolinas). Kevin Brown and Joe Whelan will alternate in the producer’s chair. The primary mobile production unit that will be used throughout the season is NEP ND5.

Graphics Package Designed To ‘Stay Out of the Way’

In addition to all the necessary technical infrastructure, one of the more substantial — and exciting — parts of beginning to broadcast an entirely new property is development of the on-screen look.

The Turner Sports Creative team was tasked with building an entire graphics package from scratch for the new NHL season, including insert graphics, full animations, studio graphics, and, of course, the in-game scorebug. 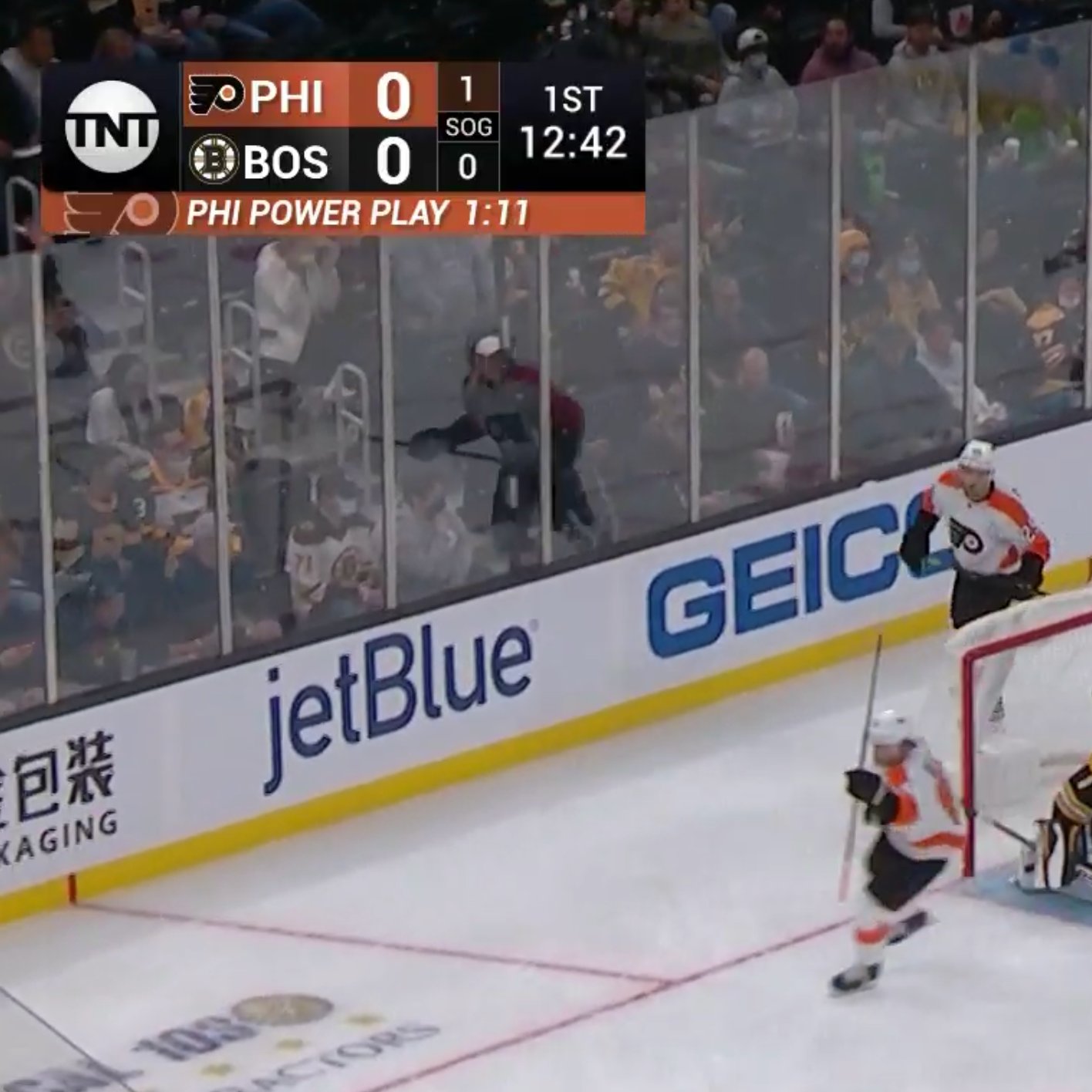 The NHL on TNT debuted a version of its scorebug during a preseason broadcast this month.

“Hockey is such a fun sport to design for,” says Jordan Shorthouse, VP/creative director, Turner Sports. “There’s so much energy, and the challenge is ensuring that fast-paced energy makes it onto the screen for the viewers. When it came to designing the insert package, we just wanted to make something that was unobtrusive, stayed out of the way, and was easy, simple, and clean. We wanted the viewers to stay focused on the action on the ice and not get confused about where they have to look to find stats.”

The scorebug is a simple design, featuring solid colors and clean presentation of team logos. When it comes to designing scorebugs, which receive the most significant amount of airtime of any element in a graphics package, Shorthouse says, the creative process can be lengthy when team elements to include are debated. Are there logos? Is it just team tri-codes? A great scorebug, he notes, manages to integrate both pleasingly.

“These logos are so beautiful and, to the hardcore fans, don’t need the tri-codes,” says Shorthouse, who has worked on graphics for Turner Broadcasting for more than two decades. “They know who is playing based on the logos. However, you want to build something that new viewers can understand. For that reason, tri-codes are necessary. In the perfect world, you find the way to do both without making the bug too big. That’s the challenge.”

For major animations, Turner Sports worked with Toronto-based design agency Bigstudios, which has worked for ESPN, MLB Network, NHL Network, TSN, and others. The company, which is headed by Owner/Creative Director Jocelyne Meinert, won a Sports Emmy with Turner for their work on the 2015 NBA All-Star Weekend.

This graphics package is one of the three that the Creative team at Turner Sports is rolling out today. New animations debuted in the MLB Postseason prior to the NHL launch, and new graphics will celebrate the NBA’s 75th Anniversary season beginning next week. Key contributors to the NHL package were Zach Bell, Daniel Chi, Fred Haab, Jason Johnson, Dan LeRoux, Jerry Ma, Jennie Sharp, David Villa, and Jesse Vogel.

“It has been all-hands-on-deck,” says Shorthouse. “The [team] is being worked so hard right now, and kudos to them for hanging in there and sticking with it. We’re starting to see a light at the end of the tunnel now that the seasons are starting, but that doesn’t take away from the difficult days behind us where we’ve been working incredibly hard to get these packages out.”