Bally Sports has announced that Kendall Burgess has been promoted to Vice President of Technical Operations for the regional sports networks (RSNs). Burgess will report to Mike Connelly, Executive Vice President, Production, Bally Sports, and will oversee technical operations for live events and original programming across the company’s 19 RSNs. 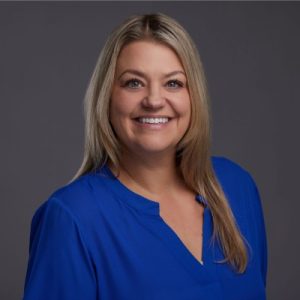 “Kendall has developed a wealth of knowledge and production expertise across her twenty-two year career in the RSN industry,” says Connelly. “She has a proven track record of pushing our productions forward and we could not be more excited for her to step into this expanded leadership position and work with all of our RSNs.”

Burgess previously served as the Senior Director of Operations for Bally Sports South and Bally Sports Southeast. She has been with the Atlanta-based RSNs for over 22 years where she began as a production assistant. Burgess holds a holds a Bachelor of Arts degree from the Henry Grady College of Journalism with an emphasis in Telecommunication Arts at the University of Georgia.

“I am incredibly fortunate to be continuing my career with the Bally Sports family,” says Burgess. “Our networks and our people are the best in the business and I look forward to working with Mike and his team to support our regions in producing exceptional sports programming.”