Ross Production Services (RPS) recently purchased its fifth 96-channel Calrec Brio audio console to standardize on Calrec technology. The new Brio is installed in one of RPS’s six-camera OB sprinter vans, part of the division’s fleet of eight trucks. With this purchase, three of the trucks now have Calrec Brios – including its 12-camera 40-foot units. 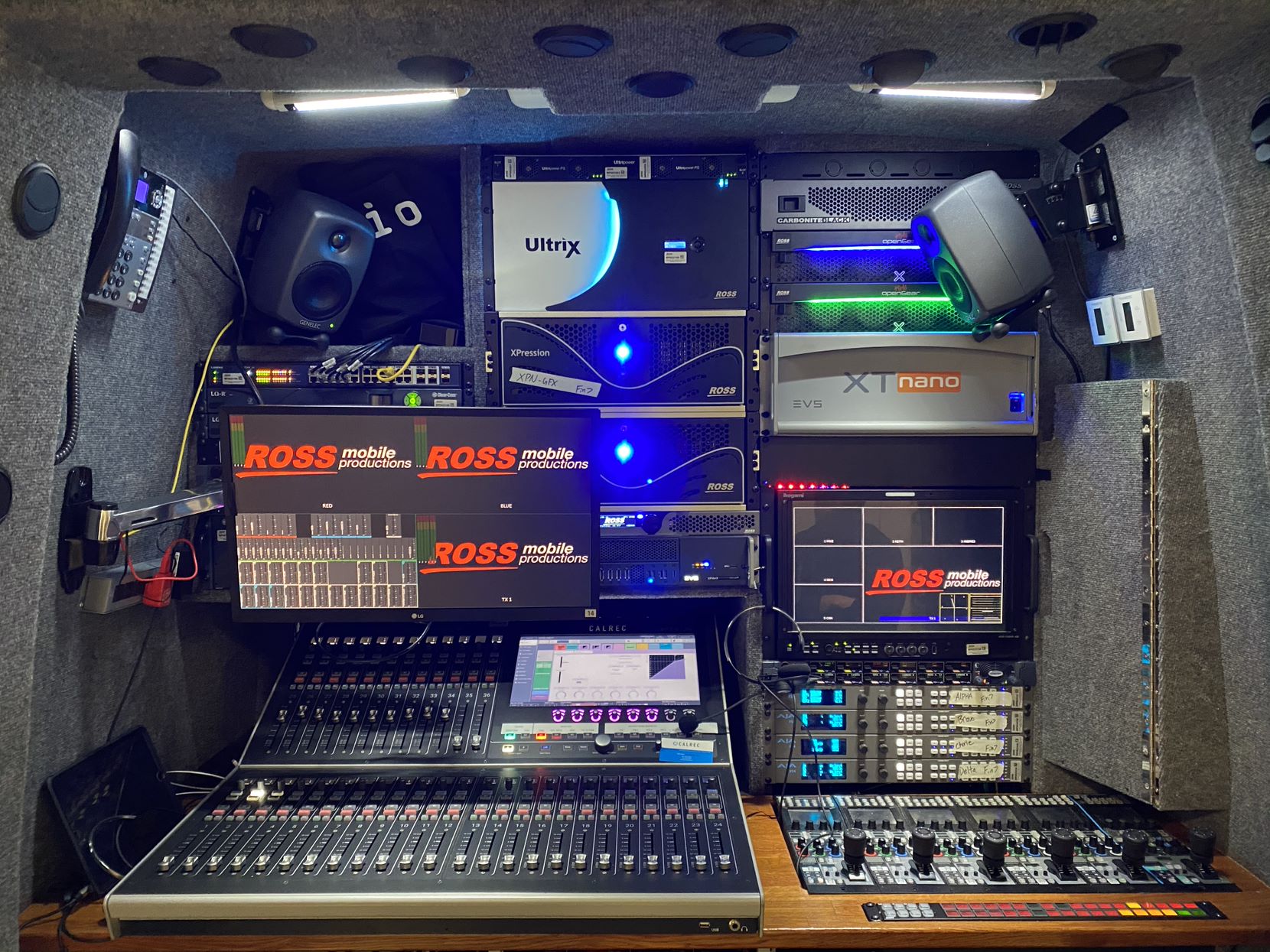 Matthew Webster, Technology Manager at RPS, says, “Our preference is of course to use Ross equipment first, and about 95 percent of the gear in our trucks is Ross, but audio is the exception. We will be fully standardizing on Calrec desks moving forward. There’s no question that Calrec is the industry standard for quality audio, and that’s something our team has been lacking for a long time.”

Last fall, RPS finished building a new studio facility in Connecticut that features a 72-fader Calrec Apollo and two more Brios. This facility is RPS’s main production hub and handles a variety of high-profile projects for customers in esports, sports and live entertainment.

RPS is Ross Video’s in-house production services division, and the team produce between 150-200 events a year, including live sports and esports. Alongside working for major US broadcast and cable networks, RPS managed the production of EA’s Madden NFL 21 Championship Series from its Connecticut facility, putting the Brios and Apollo to use. It was completed during the pandemic and features four control rooms (A, B, C, and D) with most of the work on the Madden project handled by control room A.

Webster said that the Calrec Apollo and Brio shone when used on EA’s Madden work because of their hyper-connectivity and how easily resources can be shared. When it comes to the Sprinter OB units, space was at a premium and the small form factor of the Brio is ideal. He also highlighted the remote training that Calrec provided as being highly beneficial and efficient.

“We’re using Calrec’s Hydra2 network and the MADI interface for all of our connections,” he says. “With Hydra2, our consoles can be connected to any studio at any time and any feed can be controlled by any desk. Each of our control rooms has its own dedicated router and each router sends its MADI to a single I/O box. The only reason we’re not doing AoIP right now is because we’re in a growth phase with Ross Production Services, and our MADI/Hydra2 setup is a great ecosystem for us to be in at the moment. Our operators love it and it cuts down on busy work for them,” he said.

“Ross Production Services has established a powerful reputation with many high-profile clients with varying production requirements and it’s imperative that they have market-leading audio across all output. It’s very rewarding to see our Brio and Apollo consoles being used to the fullest extent,” says Rob Lewis, National Technical Sales Manager, Calrec.