How to train a cohort as disparate as broadcast A1s has been a dilemma for decades. Academic programs like those at the Conservatory of Recording Arts & Sciences in Tempe, AZ, and Full Sail University in Orlando have taken a traditional in-place approach, which is a proven way to inculcate students with the basics of the job.

However, minting a new A1 who can meet the specific and rigorous requirements of a major sports network and perform flawlessly under the extreme pressure of, for instance, a Sunday NFL A game or World Cup match, is akin more to training an airline pilot than to producing an audio engineer. Reflecting that, numerous training initiatives have fallen short of their own goals.

“Trying to train A1s is like herding cats,” laughs one current A1, who prefers to remain anonymous, underscoring the intrinsically peripatetic nature of the vocation.

Training initiatives developed organically from within the broadcast industry itself have been tried before, with mostly dismal results. An effort by several networks to collaborate on such a program several years ago was a failure, says one of its leaders, Tom Sahara, former VP, operations and technology, Turner Sports. He attributes that mainly to a broadcast business in the throes of media consolidation, strategic turmoil that masked this critical tactical need.

“Then the COVID pandemic struck, which pushed many A1s to advance their retirement due to restrictions and unpleasant work environments,” he adds. “The shortage went from bad to worse.”

The industry has lost an estimated 30% of its technical workers to pandemic-related retirements and career changes, according to one crewing agency. The looming shortage of A1s for the broadcast-sports industry is approaching a critical inflection point. Now the industry is trying an organic approach once more.

In the 2010 action flick RED, retired CIA agent Bruce Willis reassembled his old team for a nearly impossible mission, one that only their expert training would allow them to survive. That’s kind of what Program Productions Inc. is trying to do for A1 training. The event-labor–management firm based in the Chicago area, which boasts a portfolio that includes major broadcast and regional sports networks, is currently restarting an initiative it began before the pandemic. It pairs aspiring A1s with veteran broadcast-sports audio mixers, using actual remote trucks and broadcast venues as the real-world environments in which to coach acolytes not only in the technical nuts and bolts of the position but also in its etiquette and prepare them for the unique, sometimes extreme pressures of the job.

“Specialized and localized” is how Kelly Hammonds, manager, strategic partnership and crew development, PPI, who oversees development of that program, explains its operational model. She says the process includes identifying and connecting trainees and trainers, such as now-retired Turner Sports A1 Jim Budka in north Florida, in home markets where one-on-one collaboration can take place. The program also works with PPI’s RSN partners, which are contributing to the costs of the training, helping obtain training sites and facilities, and assisting with earlier call times to allow training time before shows. The training is free to the trainees.

That ad hoc approach will be the case in the newly restarted program’s early stages, says Hammonds. Also working on the program’s development are PPI SVP, Operations, Jess Kowatch; SVP, Strategy and Development, Amy Scheller; and Manager, Field Operations, and staff A1 Dave Brickson, who is also one of the lead trainers. 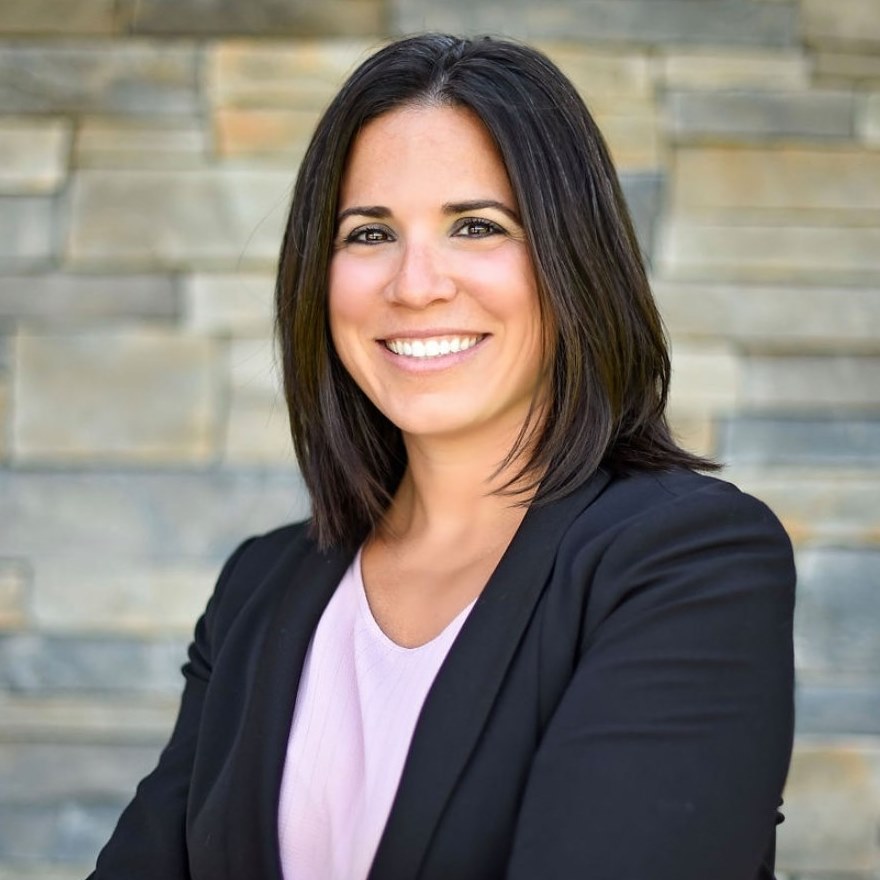 PPI’s Jess Kowatch notes that the company is looking to expand partnerships to academic institutions.

“My job at the moment is to wrangle the logistics and to start the communications flow,” Hammonds says. “It may have to remain somewhat ad hoc in nature because of how people in this industry [sector] have to move around so often. But there’s enthusiasm for it, and we see it reaching a more organized point, at which time we can present it to the major networks.”

Brickson’s training approach suggests that intuition borne of experience helps evaluate potential candidates. “Part of my vetting process is, do they have the personality to handle this environment?” he says. “You can tell in the first five minutes of chatting if they can do it.”

He has discovered that a certain background also provides clues to outcomes and affinity for this unique position.

“I have found that the best TV mixers usually come into TV with a music background,” he explains. “They have experienced the lead audio chair with live productions and have dealt with production teams and musicians. Music mixers come into TV with knowledge of various audio consoles and a deep understanding of balances and processing that translates into the TV world. Audio techs from the corporate world have seen those pressures, also.”

The training process is based largely on one-on-one pairing — “shadowing,” he dubs it — a trainee with an experienced A1 in situ, usually in a production truck used by one of the program’s partnering RSNs, on an actual live sports broadcast.

“Onsite training will start with me in the [truck audio compartment] with them during show,” he explains. “I will start with them getting levels and balances together. Once I see they have the concept of show flow and can get in and out of breaks clean and play music and track EVS at the same time, I will leave the room and let them go at it. It’s hard for someone to concentrate when I’m looking over their shoulder. If they are A2s looking to move up, then they have already had shadow time watching the A1 in the ‘cooker’ and know what they are getting into. Seat time is the only way to do it.”

He adds that he alerts and enlists the production team on the truck, making them aware that they are working with a new A1, asking that they assist with clear directions, and avoid emphasizing any small mistakes.

“Some pick it up quicker than others,” says Brickson. “I am right outside the door if needed by them or the production team. But I would never put them in a position to fail or put the production team and their show at risk of failing.” 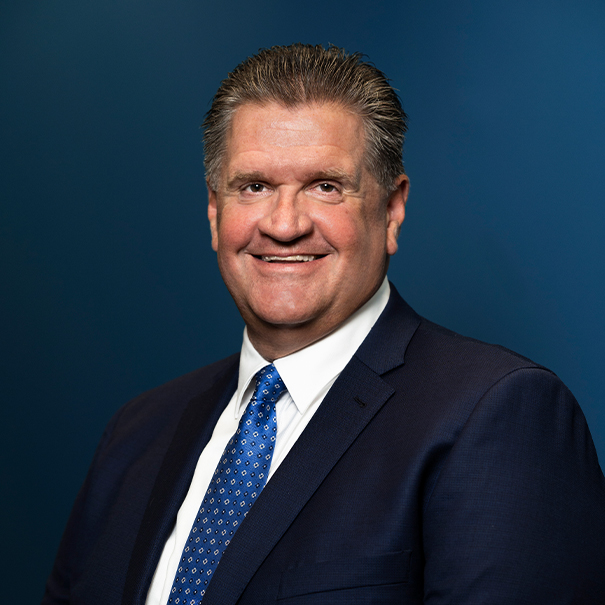 PPI’s Bob Carzoli: “We see people as our assets. That’s what we’re investing in.”

Kowatch notes that, before the pandemic closed down the training program, it had some successes, including training a new A1 in Vancouver and taking on a new A1 trainer in New Orleans. She says the success of the program will depend on the relationships PPI has built as a crewing company over the years.

“I can call A1 Mark Raymond in New Orleans or Mike Pope in Indianapolis,” she points out, “and they are willing to come in early on show day or on their day off to help a new A1 coming into the visit [or dual-game broadcast] truck; Mark has successfully assisted in training two A1s for the visit show in New Orleans. From St. Louis to Washington, DC, to Los Angeles, we’ve been working with the top A1s in each market for their assistance to help a less-experienced A1 on a visiting show, each offering to help however necessary, from a phone call 1,000 miles away for support. The commitment not only from PPI but from our partners at the RSNs, packagers, and mobile-unit companies allows this to happen.”

Kowatch adds that the company is looking to expand those relationships to academic partners, including colleges and universities, and has formed a committee that meets monthly with Bally Sports VP, Technical Operations, Kendall Burgees to focus their efforts on the training initiatives.

“What’s different about our program is that we pay the teachers and the students,” says PPI CEO Bob Carzoli. “That’s because training an A1 is much more complex than training, say, a camera operator. We can teach [the operator] frame composition and other skills in a few days. A1s, on the other hand, have to mix, deal with announce talent, take direction from a director and producer, deal with music and effects. It can take months or even years [to train].”

Asked about ROI on that investment, he likens it to a remote-production company or studio maintaining its equipment: “They have to invest in keeping their assets working at the highest level. Well, we see people as our assets. That’s what we’re investing in.”