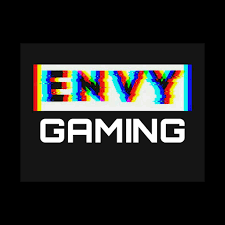 “Esports Stadium Arlington has been in the national spotlight since day one with its high-tech capabilities and the caliber of new events it has brought to our city,” says City Manager Trey Yelverton. “Opening this stadium was part of our broader economic development strategy to appeal to a younger generation, to attract entrepreneurs in the fast-growing esports industry, and to brand Arlington with a more modern vibe. We are excited to partner with Envy Gaming to play host to their home matches and to continue attracting esports and gaming events that will bring fans here from around the globe.”

Esports Stadium Arlington recently hosted the Esports Awards, attended by hundreds of esports luminaries and gaming personalities from around the world and drawing more than 300,000 live viewers. In July 2021, Esports Stadium Arlington hosted its first sellout event since the beginning of the pandemic, at which Envy Gaming’s professional Overwatch League team – the Dallas Fuel – defeated cross-state rivals the Houston Outlaws in front of a raucous live arena audience. Envy plans to host multiple home team matches for its esports teams at Esports Stadium Arlington and will be working to secure a naming rights partners for the venue.

“Esports Stadium Arlington is without a doubt the best venue in North America right now for any publisher or league considering an esports event with spectators. Keeping Esports Stadium Arlington operating at a high level is a natural extension of what we strive for at Envy Gaming: we want to give all people that love gaming the opportunity to enjoy amazing competitions in a social environment,” says Geoff Moore, president and COO at Envy. “Live events, and the reactions they generate from the players and audiences, create a unique experience for both the attending fans and anyone watching the broadcast. The beauty of Esports Stadium Arlington is that this valuable experience can be created very efficiently.” 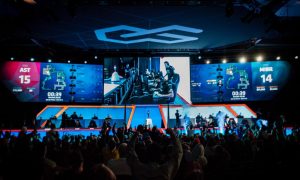 Envy Gaming is no stranger to operating live events; the organization owns distinction as the first esports team to host matches in its home market in front of a live crowd in North America. That 2019 two-day sellout event to 4,000+ attendees each day helped spur Envy’s development of full-service offerings in event planning, logistics, production, content creation, and more. In addition to the July 2021 live event for Dallas Fuel fans, Envy’s events staff have operated major events at ESA including 2020 Overwatch League Opening Weekend, 2021 Call of Duty League Major IV and Major V, and Nishi Fest, an anime and Asian pop culture festival.

“As an entertainment company, we are bullish on the role and importance of hosting live events to grow the fan bases around games, esports leagues, teams, players and content creators,” says Moore. “Esports Stadium Arlington gives us another springboard to give local fans and partners access to and impact with the global gaming community. If we can work to grow our region’s reputation as the preeminent choice for esports and gaming events and activations, everyone in North Texas wins.”