Jeff Genthner, SVP and GM of Bally Sports South, has been named to The Atlanta 500, Atlanta Magazine’s list of the 500 most influential business and civic leaders in Atlanta.

“It is humbling to be included among so many distinguished community leaders in Atlanta,” says Genthner. 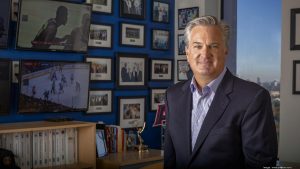 Genthner came to Atlanta in 2005 and built what was formerly known as FOX Sports South into the nation’s largest regional sports network, televising 2,600+ live events annually across seven states. Over the course of his tenure, Genthner has grown the business into a two-channel network that has earned over 100 Emmy awards and national recognition for production and marketing excellence.

The Atlanta 500 is comprised of leaders from eight categories: business; real estate and design; government and infrastructure; arts, sports and entertainment; education and healthcare; restaurants and hospitality; and religion, nonprofits and advocacy.

The complete list of The Atlanta 500 recipients can be found HERE.