The Winter Games in Beijing are seeing an increased commitment to virtual reality, most notably the use of 8K cameras and distribution that will help improve the experience notably. And it’s all part of a broader plan to increase fan engagement at an Olympic Games where virtual connections are the norm. 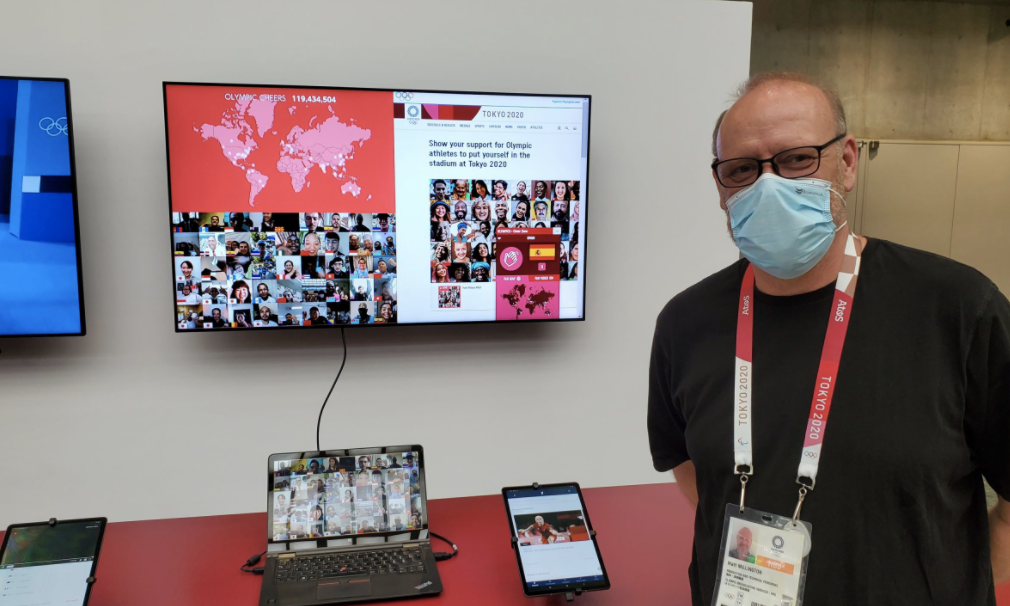 OBS’s Matt Millington says the use of 8K improves the VR experience.

“A well-designed VR experience can be transformative,” says Matt Millington, director, digital content, OBS. “The user feels completely transported to the heart of the action, following the athletes’ footsteps onto the field of play and enjoying a new and unique perspective on the Olympic viewing experience. VR adoption has been growing steadily, and, to further mainstream its adoption, we need to produce the highest-quality content — and maintain that quality through to distribution to give viewers an unforgettable experience.”

OBS is offering rightsholding broadcasters (RHBs) the opportunity to provide their viewers with a deeper, smoother, and more immersive Olympic experience. For the first time ever, OBS will capture, produce, and distribute Olympic content in live 8K virtual reality.

“Thanks to greater detail creating even more realistic images, the 8K VR distribution will bring the atmosphere of Beijing 2022 Olympic venues to life,” says Millington. “Like never before, viewers can engage with winter sports in a unique and profound way.”

OBS is producing more than 80 hours of 8K live virtual reality from the Opening and Closing Ceremonies and selected sports, with two sports available daily.

“These sports and venues have been carefully chosen by OBS content creators based on the ability to strategically place cameras to convey a sense of proximity to the athletes, making the viewer feel like part of the action,” adds Millington.

OBS is placing up to six 180-degree monoscopic cameras and one 360- degree unit to capture the Ceremonies and competitions. Viewers will be able to choose camera perspectives of live streams, and OBS will also provide an additional stream with integrated camera coverage. Additionally, OBS will produce a broad variety of highlights, features, athlete experiences, and point-of-view clips from all sports, some never before captured in VR.

These highlights and features are delivered as VOD in a mix of 180- and 360-degree formats.

RHBs take the immersive media service in a variety of delivery formats, including OBS white-label solution, mobile and web SDK, direct URL streams, and short-form video-on-demand downloads. The apps are available on VR headsets for Oculus Quest/Quest 2 and Pico, as well as on mobile.

“Furthermore,” says Millington, “RHBs will be able to create new and exciting presentation environments and virtual backdrops for their television studios using the 8K VR feeds.”

The VR efforts are only part of a broader OBS effort to enhance digital fan engagement. For example, reactions of both international and domestic fans in the venues are an essential element, enhancing the experience and performance of the athletes and bringing emotional and colorful images to the Games. In Tokyo, more than 250 million cheers were received from every country, populating the cheer map shown in the Olympic venues and online. Furthermore, OBS facilitated more than 200 Athlete Moments connecting Olympians in the venues with friends and families back home, moments of pure emotion captured by OBS cameras and distributed worldwide.

The Digital Fan Engagement initiative has proved a valuable tool to reach out to and effectively engage with fans around the world and counterbalance the impact the pandemic has had on Olympics fan attendance. Both athletes and broadcasters expressed great interest in making it a permanent fixture of future Games. Thus, OBS has brought it back on a larger scale for Beijing 2022. 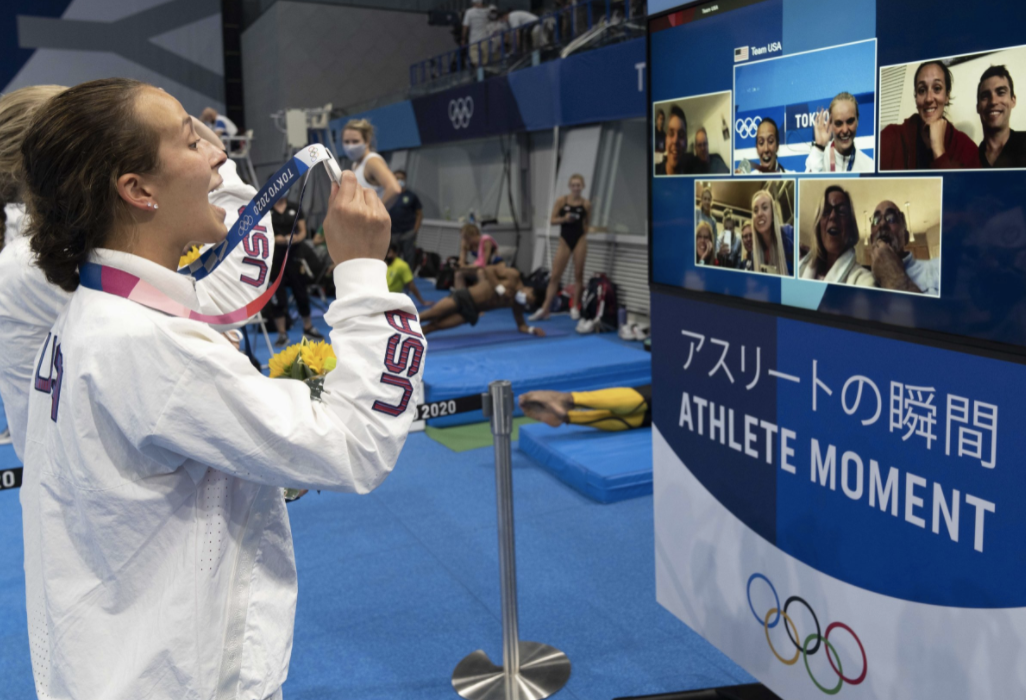 Athlete Moment stations were a surprise hit at the Tokyo Games and have been expanded to all venues in Beijing.

First, the Athlete Moment stations, which were a big hit with athletes in Tokyo, has been expanded. For the debut of the initiative in Tokyo, stations were installed only at selected venues, allowing athletes to talk to family and friends back home via video immediately after a competition. Expanding the project in Beijing, OBS is facilitating Athlete Moments across all sports and venues, allowing even more athletes to connect with family and friends immediately after walking off the field of play. OBS will incorporate many of these Athlete Moments into its coverage to share the emotion of an athlete’s connection with their and friends with a worldwide audience.

Fans are also invited to video themselves recording a message of support that will be broadcast in Olympic venues, on Olympics.com, and on RHBs’ digital platforms. Displayed as a video matrix on the big screens inside the Olympic venues, the Fan Video Wall helps enhance the atmosphere and sense of global fan inclusion, further enriching the athletes’ Olympic experience.

New for Beijing 2022, fans whose clips are selected for a fan video wall will receive an email with a link to the matrix featuring their video. They can share that clip on social media.

Fans will also be able to cheer from afar virtually, thanks to the cheer button available via RHBs’ platforms, International Federations’ websites, and Olympics.com. The cheers are collected and compiled into a live world cheer map, which provides a dynamic display from the world’s sports fans. With no overseas spectators allowed, this service offers the athletes the chance to see and feel their fans’ support, even if virtually.