Participating in either the Super Bowl or Daytona 500 is an achievement worth celebrating, but only a select few have done both. Out of that small pool, not many have done it in back-to-back weeks on two coasts. Technical Director John Howard has made his mark on two of the biggest events in U.S. sports alongside sports-broadcasting legends at NBC Sports and Fox Sports.
“It’s the biggest honor of my professional life to be on both broadcasts,” he says. “It’s so much fun, and I can’t imagine doing anything else with my life.”

Having grown up in small-town South Carolina, the son of a horseshoer and a telephone operator has ascended to the highest level of sports-video-production. While attending Newberry College, he realized a passion for the craft in film during his first broadcasting class. Most of his classmates noticed the talent in front of the camera or the director in the lead chair, but Howard focused his energies on becoming the technical director who helps make the magic of television. 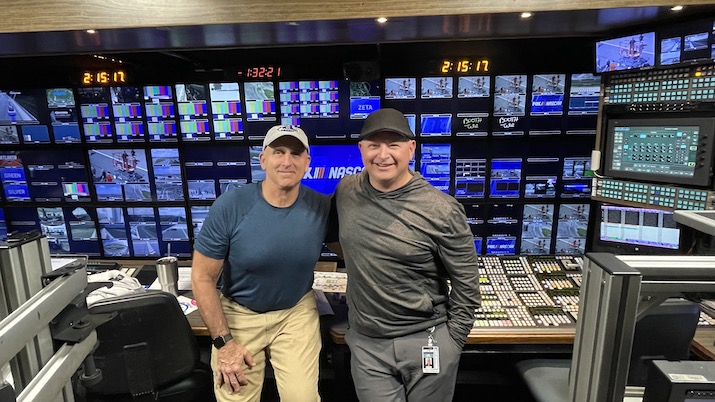 TD John Howard (right) will be alongside director Artie Kempner for the second consecutive Daytona 500 on Fox.

Working at local news stations and developing skills as both a main director and TD, he found himself working for providers like Raycom Sports during the height of its efforts in collegiate athletics and ESPN. With consistent repetitions and years of seasoning and refining his repertoire, he became attentive to the simultaneous conversations happening in a production truck. That knack has allowed Howard to be two steps ahead of what’s expected.

“I feel the game as a fan, but I don’t watch the game as a viewer,” he admits. “Since I have a ton of high-quality cameras on a monitor wall in front of me, I’m able to preview [those shots]. These games are a team effort, but, if I see something that the audience should see, I’ll preview it and make sure the director sees it. When we get those great reactions from a player or their family, it’s perfect.”

The ability to be ahead of the curve comes not only from years of practice but also from stringent planning. To work on Super Bowl LVI, he first needed to grasp the look of the new Sunday Night Football graphics package launched during the game. Working with NBC Sports and NBC Olympics Art Director John Schleef since October 2021, he played an integral role in developing the glossy, glass-covered replay effect.

As for the Daytona 500, Howard would normally have more time to understand the script and help in other ways, but, with the distance traveled from Los Angeles to Daytona, FL, the turnaround time (and margin of error) became smaller. The 2022 iteration of the race will roll with a new graphics package, but he relied on his teammate to get him up to the speed on the run of show.

“I’ve been very fortunate to work with [Lead Technical Director] Colby Bourgeois, who is based out of the Pico facility in Los Angeles, and [Technical Director 3] Robert Goosley, who will be with me in Daytona,” says Howard. “We would have conversations about NASCAR even while I was at the Super Bowl, but they really built out the Clash at the Coliseum and this show.”

Complicating things further is that Howard is working not only on two major events but with two networks that can reflect different production philosophies. The situation can be nerve-wracking for any trained professional, but, once the whistle blows or the green flag is waved, it becomes instinctual.

“It’s muscle memory,” Howard says. “[For each event,] you’re telling the stories that are unfolding in front of you. The only difference is, instead of having two teams in a football game, you’re covering 40 teams that can be anywhere on the track. We spend a lot of time in multiple boxes, so we’re really cutting four different shows at the same time.” 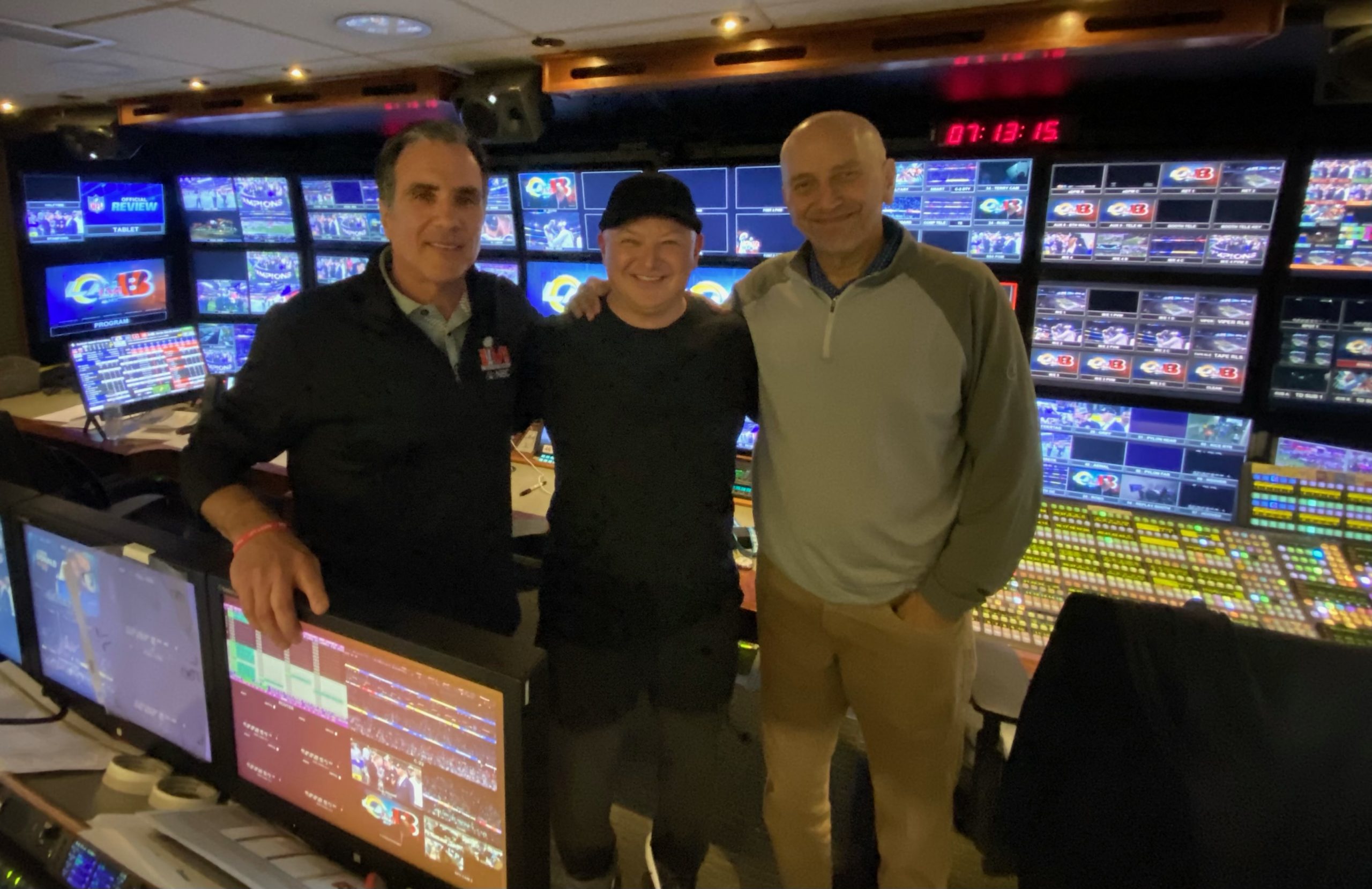 Although planning and adapting to the styles of different networks can be seen as the most difficult parts of any show, it becomes a bit easier when you’ve worked with the same partners on these high-profile assignments for years. It can be difficult for directors and TDs to gain confidence and trust in each other, given the permutations of crewing available for hire.

In Howard’s case, it helps that the directors and producers at both networks possess some of the most prolific and creative minds in the business. With nearly 60 Emmy Awards, the trio of NBC Sports Sunday Night Football Producer and Sports Broadcasting Hall of Famer Fred Gaudelli and Director Drew Esocoff and Fox Sports Director Artie Kempner have been a formidable force for decades. Since his first NASCAR race with Kempner in 2007 (Howard’s first Daytona 500 was in 2021) and his first Super Bowl with Gaudelli and Esocoff in 2014, communications have turned telepathic.

“I will instinctively know what Artie or Drew will want or how they’re going to look at something,” says Howard. “Fred’s preparation, execution, and attention to detail are second to none. There’s nothing that is going to surprise any of us on Fred’s show because we’ll have rehearsed it and looked at it frame by frame. As a TD, it’s nice to have that support.”

Ultimately, Howard’s hard work and dedication to his role is what has gotten him into this unique position. Ahead of Sunday’s start to the 2022 NASCAR on Fox season, there is still a lot to be finalized, but one thing is certain: Howard should be proud of his journey.

“To be trusted by Artie Kempner, Drew Esocoff, and Fred Gaudelli — three of the gatekeepers in our industry — for this game and race is an overwhelming feeling,” says Howard. “I haven’t really stopped to think about it until now, but it’s pretty amazing.”