It was 40 years ago. Same city. Same building.

CBS Sports’ first-ever broadcast of the NCAA Division 1 Men’s Basketball Championship game was one for the history books: freshman Michael Jordan’s legendary jumper, a North Carolina win for the ages at the Superdome in New Orleans. Sound familiar?

It sure does to veteran CBS Sports director Bob Fishman. That was his first time in the director’s chair for a Final Four. Tonight will be his last. 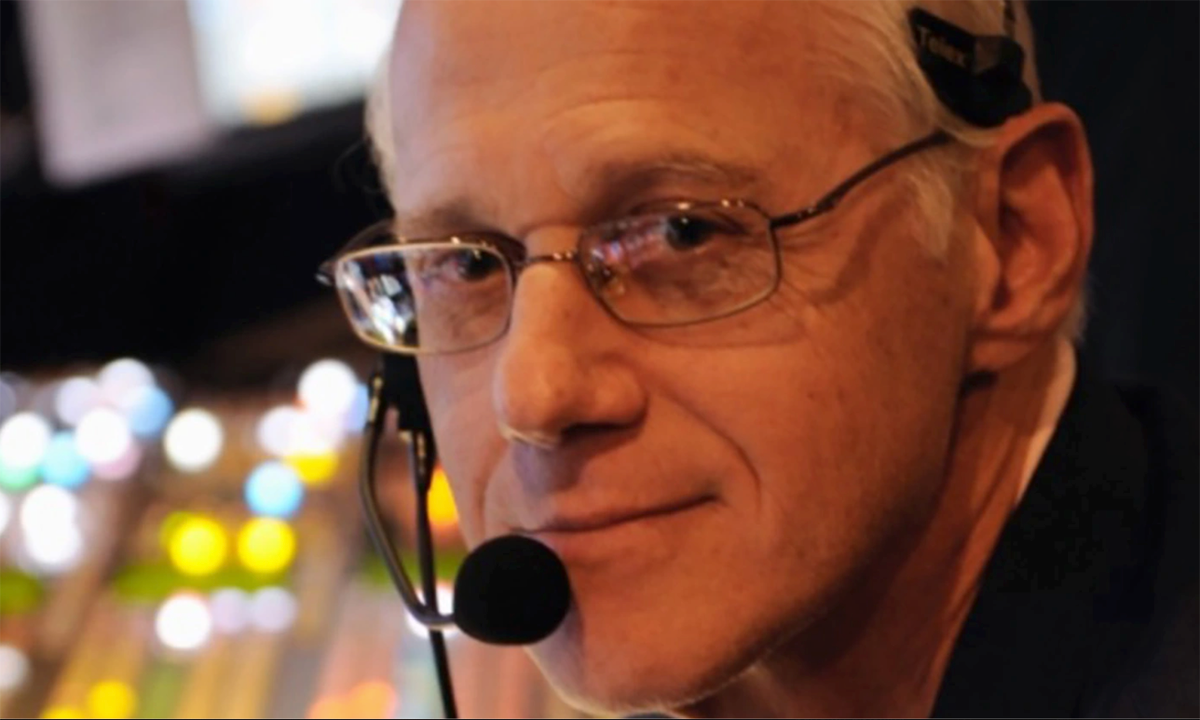 Monday night’s NCAA Men’s Basketball Championship will mark the final live game directed at CBS Sports by Robert Fishman, a veteran of CBS since the 1970s.

A veteran of the industry for more than a half century, the man affectionately known as simply “Fish” will direct his final live production of a sports event tonight when North Carolina battles Kansas for the 2022 NCAA men’s college basketball championship (9:20 p.m. ET, TBS).

A winner of 16 Emmys, a member of the Sports Broadcasting Hall of Fame Class of 2019, and the director for some of the most iconic moments in sports-television history, Fishman leaves an indelible mark on the craft of directing.

“If there were a Mount Rushmore for sports directors, Bob Fishman would be front and center; he is one of the greatest directors in the history of sports television,” says CBS Sports Chairman Sean McManus, a fellow Sports Broadcasting Hall of Famer. “Through his creativity, innovation, and ability to perfectly capture the emotion of the moment, Bob has set the standard across the industry and created a legacy that will last for generations. There will never be another Bob Fishman.”

Says CBS Sports play-by-play announcer Jim Nantz, “[Bob is] one of the true legends in the history of the medium. We will celebrate him every step of the way. This is going to be a sentimental journey with Bob Fishman in his final show with CBS Sports. It has been an honor to be a part of this with Bob Fishman since I came on board in the fall of 1985.” 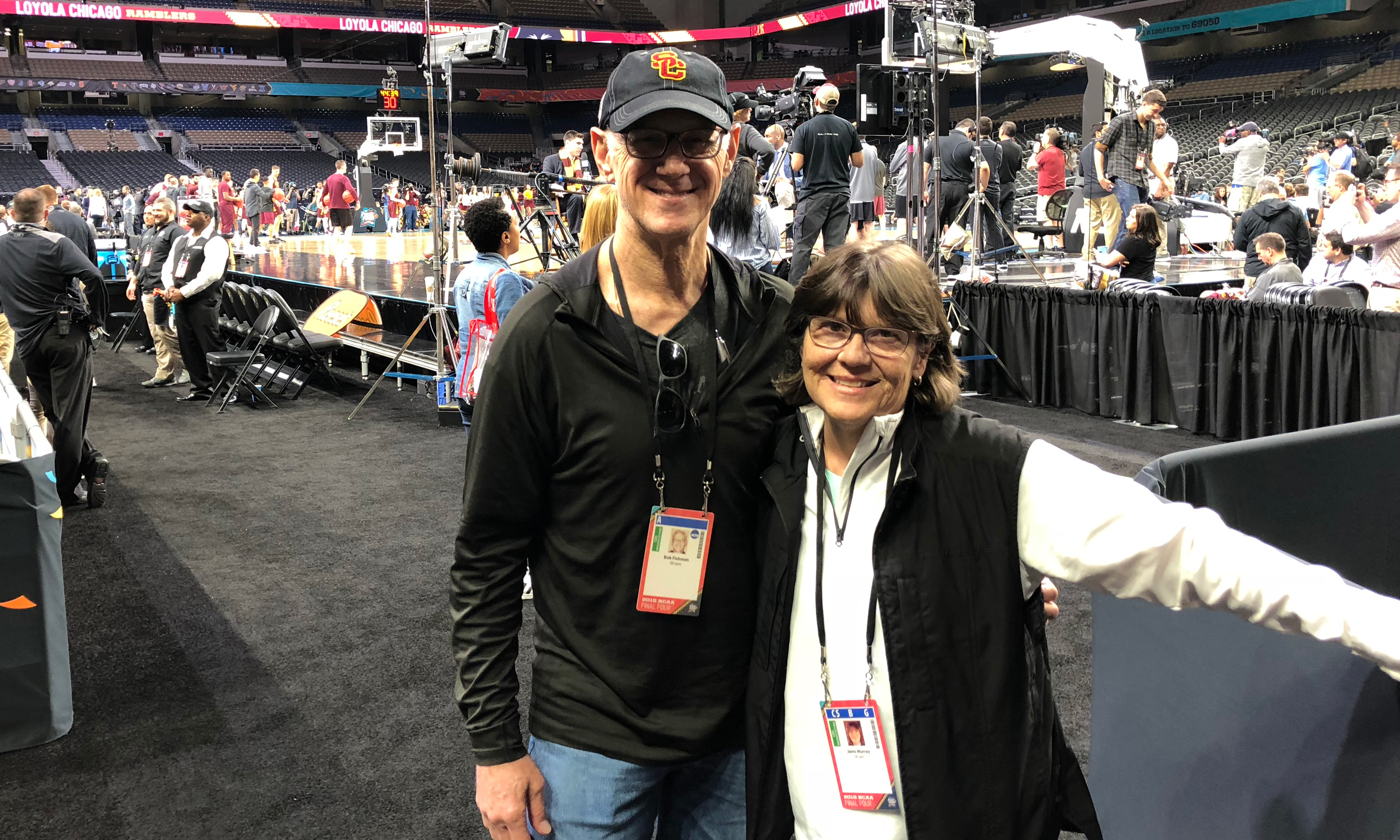 For Fishman, who announced in August that his retirement from CBS Sports would come following this NCAA Men’s Basketball Tournament, this year’s run through March Madness has been an emotional journey.

“It’s all very bizarre to me,” he says, “knowing that this will be my last one. I don’t know emotionally how I’m going to handle Monday night. I try to put it out of my mind. The hardest part is my camera crew. Many of these men and women, [who] have been with me for a number of years now, [are] coming up to me and saying, ‘You’ve got to stay.’ That ship has sailed, but that’s what I’m going to miss. I’m going to miss working with everybody from Grant [Hill] to Raff {Bill Rafferty] and Jim [Nantz], certainly, but also the camera [operators], videotape people, graphics, you name it. I’ve been with them for so long. It’s very emotional.

“I think,” he continues, “when I’m sitting in the truck and the postgame show is on the air and they come to us to roll One Shining Moment, I think that’s when it’s all going to hit me.”

Says CBS Sports Executive Producer/EVP Harold Bryant, “It’s sad and a bit melancholy. But there’s also pride. He’s just an amazing director, and he gives of himself to others. It doesn’t matter if you’re a 30-year veteran or you’ve been here three weeks. He’ll help you out, train you, give you his input, and teach. That’s who he is. This is definitely a bittersweet moment.’ 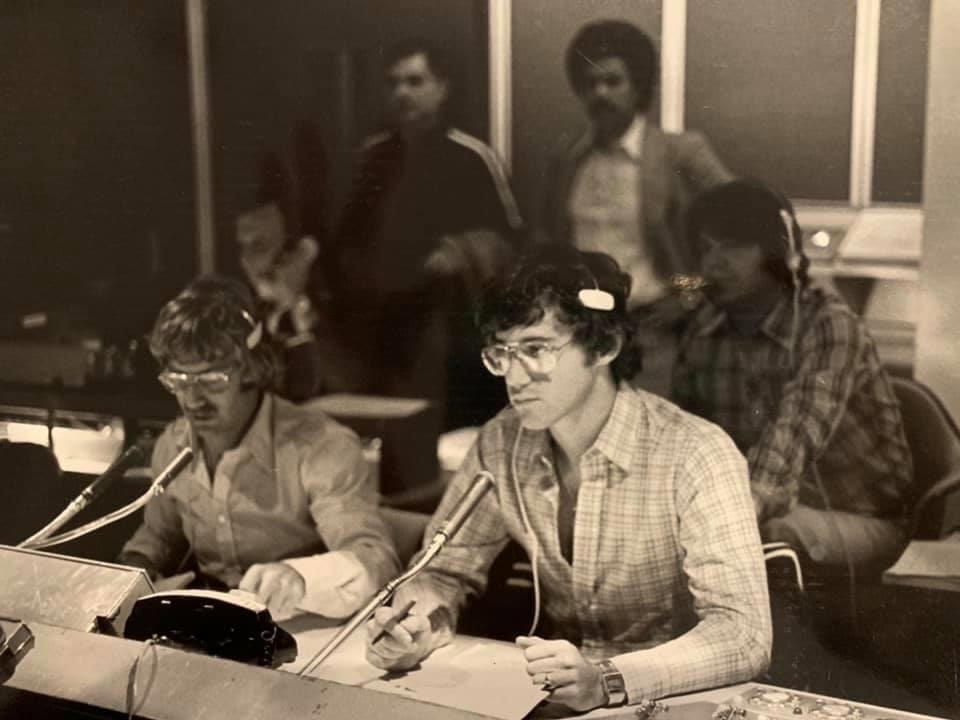 Fishman’s résumé is loaded. 39 Final Fours (the only one he missed was 1990 when he was undergoing cancer treatments). 27 US Open tennis championships. 20 Daytona 500s. Three Winter Olympics. Two World Series. Plus a lengthy list of NFL, NBA, and college football games and Triple Crown horse races. He was also director of the original The NFL Today, a show that pioneered pregame studio shows.

As for memories etched in sports fans’ collective consciousness? It was Fishman who called the shots for Joe Carter’s World Series-winning home run for the Toronto Blue Jays in 1993, Nancy Kerrigan and Tanya Harding’s showdown at the Lillehammer Olympic Games in 1994, the first-ever televised Daytona 500 in 1979, NC State’s NCAA Tournament win that saw coach Jim Valvano running around the court looking for someone to hug in 1983, and Kris Jenkins’s buzzer-beater to win the NCAA title for Villanova in 2016.

“When it comes to big games, he’s first pick,” says Turner Sports EVP/Chief Content Officer Craig Barry, who first worked with Fishman when the CBS Sports/Turner Sports March Madness partnership began in 2010. “Directing takes a certain cadence and instinct, and his is just so polished after decades of sitting in that chair, knowing when to go, where to go, and why to go there. He could probably tell the story without announcers, if he wanted to. He’ll be missed.”

As one can imagine, the live production of the Final Four has changed quite considerably in the time since Fishman first directed the event. That year, CBS Sports deployed six cameras. This year, Turner and CBS have 34, including unique angles like the Skycam, the RailCam, and a large Techno-Jib capable of displaying augmented-reality graphics in real time.

Of all of the major shifts in the industry, including the advent of replay and the shift to high definition, the technological advance that Fishman believes has had the greatest impact on his job as a director is the evolution of lenses.

“To be able to get in there tight on the emotional shots that we couldn’t do because we didn’t have the lens power on our cameras is huge,” he says. “It’s made even more important now because, originally, these [Final Fours] were [played] in traditional basketball arenas and now they’re in football stadiums. That’s really important to me.”

Fishman does emphasize that he isn’t fully retiring; he’s simply ending his regular run at CBS Sports. He is hoping to remain active in and out of the sports industry and says he would make himself available to CBS Sports if they need him to fill in on an event.

“I can still do it on a high level,” he says. “It is more about the traveling, not spending enough time with the family, and not being around for family events that I prefer to be at. I’ve been on the road for, God knows, 50 years. That’s enough. I’m 73 now, and I need to step away a little bit.”