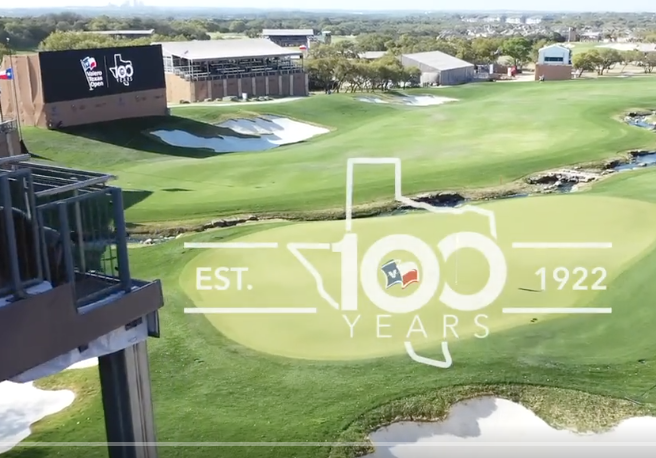 SMT provided a wealth of AV support at the Valero Texas Open this past weekend for spectators.

Spectators at TPC San Antonio stayed informed via a variety of on-course LED video boards that displayed tournament information such as the leaderboard, social media tagging, VTO messaging, sponsor content and player video captures. New this year was a three-panel, 16-by-57-foot Monsterboard on the 18th hole and another 14-by-22-foot Monsterboard was stationed at the 16th green. Two double-sided, 8-foot tall, curved displays located at the VIP entrance and the Backyard also made their debut along with two four-sided Info Towers at the 17th green and the Backyard with live scoring and directional information. Ribbon boards flanked the player walkway/bridge behind No. 18, highlighting a count-up of donations to Champions fore Charity, the tournament’s fundraising program.

“For the 100th anniversary of the Valero Texas Open, we have worked closely with SMT to enhance the fan experience with a multitude of content-rich LED displays stationed at key areas across the course,” says Ted Kneale, Director of Operations, VTO. “We are excited to welcome back our full contingent of spectators who can follow the action of their favorite players no matter where they are on the grounds of TPC San Antonio. Thanks to our supporters, we are looking forward to unprecedented tournament as we aim to break our charitable fundraising record.”