MEDIAPRO Canada has renewed its agreement with FOX Sports 2 (FS2) and FOX Soccer Plus for the broadcast rights in 2022 and 2023 to a wide-ranging package of Canadian soccer content, including live coverage of all matches from the Canadian Premier League (CPL), the nation’s first division men’s professional league.

The agreement represents the third consecutive year that FOX Sports will bring Canadian soccer to audiences across the USA (exclusive) and the Caribbean (non-exclusive). Live coverage will be aired on FS2 and FOX Soccer Plus, a premium television channel dedicated to delivering the world’s best soccer and international sports to hardcore fans. 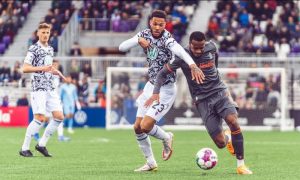 The renewed agreement also includes the rights to the 2022 Canadian Championship, the professional club championship organized by Canada Soccer and contested by the eight CPL teams along with the three Canadian teams playing in Major League Soccer (Toronto FC, CF Montréal, and the Vancouver Whitecaps) as well as a series of home friendly matches to be played by Canada Soccer’s Men’s and Women’s National Teams. All matches are produced for global distribution by Mediapro Canada.

The renewal comes at a time when the Canadian game is reaching new heights: Canada Soccer’s Men’s National Team has been lauded worldwide as one of the soccer stories of the year after being named the “Most Improved Side” in 2021 by FIFA and punching their ticket to play in the world’s biggest international soccer tournament come November in Qatar, while Canada Soccer’s Women’s National Team earned Gold medals at the Olympic Games in Tokyo and head towards the FIFA Women’s World Cup 2023 as one of the favourites.

“We are delighted to renew our agreement with FOX Sports for a third consecutive year,” says Oscar López, CEO of MEDIAPRO Canada. “They are one of the premier soccer broadcasters in the US and our Canadian soccer content fits well in their impressive portfolio of domestic and international soccer rights. We’re looking forward to bringing the best of Canadian soccer to US screens.”

In 2022, FS2 and FOX Soccer Plus’ package of Canadian soccer content includes all 117 games in the CPL, which runs from April to November, as well as 12 Canadian Championship matches and the friendly matches played by Canada Soccer Women’s and Men’s National Teams on home soil, all complemented by a range of studio and panel shows. Also included is the Final of the 2020 Canadian Championship (postponed to 2022 due to Covid) between Forge FC of the CPL and MLS’ Toronto FC, to be played on June 4th. In 2023, the CPL is expected to expand to nine teams, increasing the CPL’s schedule to more than 150 matches.